The World Health Organization is drawing from Pakistan’s polio eradication infrastructure to inform its COVID-19 prevention and treatment efforts in the country.

So far, Pakistan has fared fairly well in its fight against COVID-19. In a country with over 212 million inhabitants, fewer than 400,000 cases have been recorded to date.

For a developing country facing other health challenges, including transmission of wild polio and hepatitis, this has been a welcome relief. At the heart of the country’s battle against COVID-19 is Dr. Palitha Mahipala, World Health Organization (WHO) representative and head of mission. Mahipala, who is originally from Sri Lanka and is based in Islamabad, has been working around the clock seven days a week since the beginning of the pandemic.

“From early January — the moment WHO headquarters sent us the technical guidance — I was working that same day with the minister of health on our response strategy,” he said. “At that time, we didn’t have a single case. We didn’t have testing capacity.”

The first step was to draw up a national action plan based on pillars identified by WHO.

Developing a plan of action

Mahipala met with Pakistan’s Ministry of Health at least every other day to work on the plan and implementation strategy. As a first step, they worked together on high-level advocacy and discussed policy options to understand the virus and identify how WHO could support the multifaceted COVID-19 effort in Pakistan. They looked at measures the government could take, what level of commitment they could secure from officials, and what kind of technical assistance to provide.

In April, the Pakistan team launched a preparedness and response plan developed by the Ministry of National Health Services Regulations and Coordination, with technical support from the WHO country office, at a global online event and fundraiser. They raised $595 million from donors around the world, which provided a strong start for Pakistan’s fight to limit the spread of COVID-19.

One of the most crucial steps that WHO took early on in helping Pakistan curb the virus was controlling points of entry. This would later become critical as neighboring countries such as Iran started recording high numbers of infections.

In mid-January, WHO and the Ministry of Health began screening potential cases and distributing information pamphlets about the risk of the disease to arriving passengers at Islamabad airport. Mahipala and his team helped provide training to airport staff and distributed personal protective equipment (PPE). After securing the Islamabad airport, they assessed and strengthened other airports as well as isolation and quarantine centers.

One of Pakistan’s largest gaps in effectively responding to the virus was testing capacity. According to Mahipala, at the beginning of the crisis, the country could test only about 200 people per day.

Tremendous progress towards strengthening the laboratory capacity for molecular detection of COVID-19 cases across Pakistan. Watch how it was done! pic.twitter.com/j53ZDoUdWp

WHO procured tests, supported the hiring and training of staff to carry out testing, and assessed labs all over the country. The organization has also been providing staff with PPE, transporting test samples, and adding PCR machines to bolster the country’s testing system.

WHO has been committed to protecting front-line health workers throughout the crisis and Pakistan is no exception, although there have unfortunately been casualties.

At the time of this interview, Mahipala said that he knew of more than 6,000 doctors, nurses, and paramedics in Pakistan who have been infected, some of whom have died.

To support those on the front lines protecting the rest of the population, WHO and the Ministry of Health created the WECARE program, which has already trained 100,000 health care workers on safety practices. In addition to training, the program supplies PPE and motivational support through videos, TV, and radio programs.

“We need to recognize them as front-line heroes looking after patients and putting their lives at risk,” Mahipala said.

Drawing on the polio fight

The groundwork that WHO and Pakistan built combating other diseases has been a decisive factor in limiting the severity of the COVID-19 outbreak so far. Since the beginning of the crisis, polio staff carried out surveillance and provided training to front-line health workers. Learn more about how the Global Polio Eradication Initiative is strengthening health systems through polio programs.

“Pakistan deployed the infrastructure built up over many years for polio to combat COVID-19. Community health workers who have been trained to go door-to-door vaccinating children have been utilized for surveillance, contact tracing and care,” WHO Director-General Dr. Tedros Adhanom Ghebreyesus said in a September media briefing.

This success has also helped WHO Pakistan raise additional funds. Moreover, the team continues to administer polio vaccinations in the middle of the pandemic, launching a nationwide campaign in September targeted at up to 40 million children.

With COVID-19 cases at a low level, another problem is arising: complacency among the population in cooperating with public protective measures. In response, Mahipala and his colleagues are focusing more on communications as a key aspect of the response.

“We really built on the communication channels we set up for polio. Radio penetration is high and so is social media, which we were already using for polio,” he said.

They’ve also used mobile phone communications and have worked with religious groups and scholars to get their messages out far and wide.

Despite relative success in the fifth most populous country, fighting COVID-19 has been a formidable challenge, and with infection rates increasing around the world this season, the Pakistan team remains on guard.

This article originally appeared on the World Health Organization’s webpage and has been edited and republished with permission.

You can learn more about WHO’s lifesaving work around the world here, and find details of how funds are used to support COVID-19 efforts here. 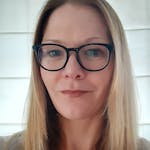