Leaving No One Out from Health

Leaving No One Out from Health 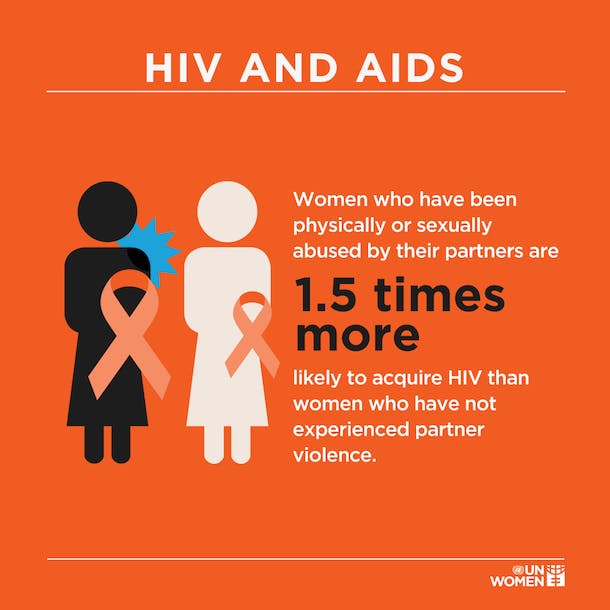 Every four minutes, three young women become infected with HIV (UNAIDS Right to Health report, 2017). They are clearly not enjoying their right to health, nor will they, until we are able to reverse the inequalities and discrimination that fuel HIV spread. Those whose health and future are currently least prioritized must become our focus, if we are to achieve the changes we seek.

Across communities and countries, imbalances in power relations, confining social norms, and the prevalence of gender-based violence and discrimination are resulting in large gaps in both prevention of HIV for women and girls and treatment of it. This is especially true for marginalized groups, who often face high levels of stigma and discrimination, such as women with disabilities, sex workers, women who inject drugs, and women in prison, with resulting increased difficulty in accessing health care, especially when more than one reason for discrimination applies. So, for example, pregnant women who inject drugs and are living with HIV face even greater difficulties in accessing services to prevent their infants from acquiring HIV infection than other women who are living with HIV (UNAIDS 2014).

Women experiencing high levels of discrimination are also at high risk of violence, which again compounds the likelihood of infection (UNAIDS 2017). For example, data from sub-Saharan Africa suggest an increased risk of HIV infection among women with disabilities compared with those without disabilities (UNAIDS Disability and HIV, 2017).

Several significant initiatives are under way that use knowledge of the drivers of risk and are building capacity to implement successful best practices.

Urgent steps to ending discriminatory laws against those at risk of HIV and creating an empowering and just legal environment have resulted in an unprecedented call to put women and girls at the center of the health system, with the Joint United Nations Statement on Ending Discrimination in Health Care Settings signed by UN Women and 11 partner agencies.

The SASA! program, which originated in Uganda, has successfully used understanding of the connection between discrimination, violence, and HIV infection to reverse the situation,  through local activism, advocacy, and training that led to significantly lower community acceptance and experience of intimate-partner violence, including sexual violence (Abramsky 2014). The UN Trust Fund to End Violence Against Women, managed by UN Women, has supported SASA! implementation in Kenya, Haiti, and Tanzania.

Leaving no woman or girl behind in the HIV response means ensuring their meaningful participation and engagement in designing that response, improving access to services, and demanding their right to health. To do that, we foster women’s voices and leadership and support their place at decision-making tables. In 2016, UN Women supported networks of women living with HIV in 31 countries to increase their engagement in the national HIV responses.

Similarly, we are building the leadership skills of adolescent girls and young women to engage in agenda-setting fora and national level discussions on ending AIDS, using digital technologies.

For example, in Malawi, Uganda, and Kenya our “Engagement + Empowerment = Equality” program mobilized over 1,000 young women champions, including 250 girls living with HIV, in just nine months, using online and face-to-face mentoring, providing peer support, and social media programs reaching thousands of other young women. The voice and activism of youth is especially important when we consider that young women make up 74% of new infections in eastern Africa and 91% of the new infections in southern Africa among 15-19 year-olds (UNAIDS 2016).

This World AIDS Day, UN Women calls for a commitment to prioritize and reach all the women and girls being left behind in the HIV response: every last woman and girl. Leaving no one behind means including everyone, without exception and without discrimination.