Why Intimate Partner Violence is Your Business

Why Intimate Partner Violence is Your Business 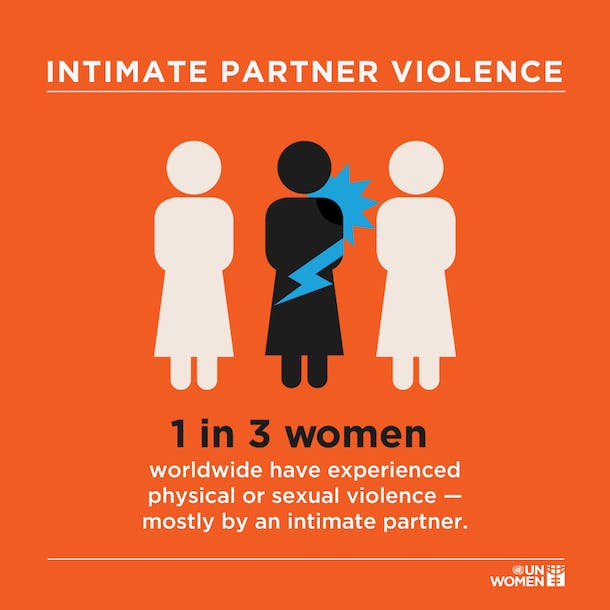 However, if there is another learning from the #MeToo movement, it is that violence knows no borders. It occurs at work, on the way to and from work, and at home, and the impact spills over from one aspect of life to the other. Companies have a clear interest in ensuring a violence-free workplace, and for a range of reasons – including the importance of looking after your employees – business must consider how it can go beyond the workplace to tackle violence in the domestic sphere.

International and local instruments increasingly identify employers as important stakeholders to address Intimate Partner Violence (IPV). Coinciding with the Governing Body of the International Labour Organization (ILO) deciding to place a standard-setting item on “Violence against Women and Men in the World of Work” on the agenda of the 107th Session of the International Labour Conference, a tripartite meeting of experts concluded that “domestic violence and other forms of violence and harassment are relevant to the world of work when they impact the workplace.” In another recent development, China enacted its first Domestic Violence Act in March 2016, which includes provisions that require employers to act against domestic violence through measures such as providing assistance to victims.

Furthermore, working to tackle violence against women makes business sense: IPV can have negative impacts on workers’ productivity. Emerging research suggests that domestic violence can cause absenteeism because of stress, injuries, or ill-health; victims also have difficulty concentrating at work, which results in poor performance. An IFC study in Papua New Guinea calculated that staff lost 11 work days per year to gender-based violence, costing the companies 3-9% of payroll. Research from UN Women indicates that women workers in Vietnam who suffered IPV earned 35% less than those not experiencing such violence. There is a significant cost to business inaction.

Business can take a leading role on tackling IPV in several ways:

– Understand the root causes, raise awareness, and create the business case for intervention. Business can commission or conduct research to understand the root causes of gender inequality and violence. One example of this is the partnership between Diageo and CARE to promote women’s empowerment in the agricultural and hospitality value chain. Business can also clarify laws and regulations on the responsibilities of employers in relation to IPV. A costing study of the economic and social cost of IPV can help generate internal buy-in, which in turn supports investment decisions.

– Leverage the workplace as an engine of positive social change. The workplace can be a powerful space to shape attitudes and behaviors, as well as to create positive role models. Workers – men and women – will be less willing to accept violence at home and in their communities if they work in a respectful environment. Particularly, business should engage with men in company policy dialogue and program interventions, especially in the context of adverse social norms toward women. Implementing gender policies and programs without engaging men could create a perception of male disadvantage, leading to backlash against women. BSR works to engage men through HERrespect, supported by DFID’s What Works to Prevent Violence against Women and Girls, while programs such as MenCare and Program H are other good examples of male engagement in program development.

– Facilitate access to services and opportunities for victims and enhance the response mechanism. Business can facilitate access to essential services such as hotlines, counseling, legal aid, and housing – as Kering demonstrates – for IPV survivors. Business can also create economic opportunities for victims, as Sodexo is doing. Effective redressal mechanisms are traditionally a government’s responsibility, but initiatives such as Avon Foundation’s Justice Institute could support the strengthening of the justice system.

– Campaign against violence. Companies can promote positive concepts of masculinity through campaigns or design products to provide direct support to women who seek help. The 16 Days of Activism campaign and others such as NO MORE provide a good opportunity for business to speak up against IPV.

It’s time for companies to be bold. That means adopting a comprehensive strategy on violence in the workplace, which companies have the power to eliminate, as well as helping to change norms and tackle social acceptance of violence beyond the workplace. Whether through raising its voice or protecting and supporting survivors, business has a key role to play in addressing the systemic issue of violence against women in every sphere.

This blog was originally posted at bsr.org. To mark the 16 Days of Activism to end gender-based violence, the UN Foundation blog will feature a diverse chorus of voices against violence between now and Human Rights Day, December 10. Read daily posts by UN Women Executive Director Phumzile Mlambo-Ngcuka here. Support the UN Trust Fund to End Violence against Women here.