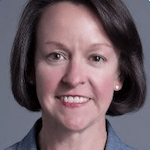 Kaysie Brown is Head of Policy Planning at the UN Foundation and Lisa Manley is Senior Director of Sustainability, Engagement and Partnerships at Mars, Incorporated.

As 2019 barrels along, we find ourselves at several critical inflection points for action on the defining issues of our time – climate change, equality, and the Sustainable Development Goals (SDGs). For the SDGs, it is increasingly clear that diverse sectors and people across the globe are embracing them, but it’s also clear that we’re not yet on track to reach them by 2030. For climate change, last fall’s IPCC report sounded the alarm for urgent action within the next 12 years, prompting the UN Secretary-General to name this issue his top priority for the year. And all of this is occurring against a backdrop of risks to equality and human rights, including girls and women’s rights and reproductive health.

Without gender equality – and human rights for all – we won’t achieve the SDGs or succeed in rising to the climate challenge. Girls and women are often disproportionately affected by poverty and climate change, but they are also increasingly powerful agents for progress. 2019 must be the year we work together to bend the curve, merging these issues into the same crosscurrent for greater impact.

Last week, the UN Foundation gathered four trailblazing women from different sectors – Kathy Calvin (President and CEO, UN Foundation), Victoria Mars (Board Member, Mars, Incorporated), Naoko Ishii (COE and Chairperson for the Global Environmental Facility), and Radha Muthiah (President and CEO, Capital Area Food Bank) – to discuss where we are on sustainability and gender equality in 2019, how women leaders are in the driver’s seat for sustainable development and climate action globally and locally, and the opportunities to work across areas and issues going forward.

As moderator and veteran White House correspondent Ann Compton noted, the very presence of this panel was remarkable: you could not have gotten this many female leaders together in one room 40 years ago when she first started her career. Today, 131 female members sit in the U.S. Congress. The UN has reached gender parity of its senior management. And we know that closing the gender gap is not a side issue but a moral imperative and economic necessity.

In 2019, the conversation is not about whether women’s leadership benefits organizations, business, and society. It is about how it is happening, and what more can be done to address the persistent barriers to gains that equality and sustainability promise. Below are highlights from that conversation for how we are already elevating women’s leadership, and opportunities to work together to drive progress:

Whether it’s recognized or not, much of our work in sustainability and climate has been gender blind, meaning the impacts on women haven’t been considered. As Naoko Ishii noted, creating tangible progress is about overcoming gender blindness and considering gender in every part of our work. It’s critical to highlight how climate action, food security, economic prosperity, health, and more connect with gender and are better solved when women’s rights are recognized. This is true, for example, in work being done to empower women smallholder farmers, which benefits entire communities. As Victoria Mars explained, when Mars gives women smallholder farmers growing cocoa and vanilla the tools, the education, and the knowledge to earn a better income, they take it and run with it in a way that’s “incredible.” They invest in their children and their communities – and that has a positive effect that ripples outward and onward.

All of the same interconnected issues we talk about in a global context can be seen in local communities: 16% of the population in Washington, D.C. is at risk of hunger, and in 2018, D.C. had the highest rates of maternal mortality in the U.S. These are issues Radha Muthiah didn’t expect to encounter in the nation’s capital, after working for years advocating for women’s access to clean cooking as the former CEO of the Clean Cooking Alliance.

At the global level, the reward for realizing this intersectionality through the SDGs is massive. Kathy Calvin highlighted the striking findings from the Business and Sustainable Development Commission, which found a $12 trillion economic opportunity from achieving the SDGs and the creation of 280 million more jobs globally. However, it won’t be possible without women’s equal participation, which requires shifting cultural biases at every level toward seeing the value and seeing the gains from investing in women.

Investment in development programs for women is paltry compared to other sectors, for example, and many still view it as a silo, instead of an objective that should be part of everything we do – from climate to data to access to technology to peacebuilding and the rule of law.

Embracing Diversity – and our Strengths – in the Workplace

As Victoria Mars mentioned, the first women leaders at her organization believed they had to “act like a man” to advance in their careers. But now, it’s more broadly understood that diversity and differences among women and men in the workplace are not weaknesses, but strengths. And relinquishing them both from the social expectations about what a leader looks like and who is supposed to have more emotional intelligence or collaborative ability is better for everyone, and for every bottom line. Further, research shows that firms with higher percentages of women executives and board members outperform firms with less diversity.

These strengths are also undeniably crucial for achieving the SDGs and tackling climate change, which will take a range of approaches and innovative thinking. When it comes to taking on these ambitious agendas, as Kathy Calvin argued, “Women must be fearless in leading with their strengths.” To that end, all panelists agreed that female mentorship is important to increasing the number of women in leadership and cited their own careers as living testament.

The good news is that leaders are already addressing issues of sustainability and equality in the workplace and in boardrooms, and this is especially true for the private sector. At their core, businesses can only sustain themselves in the long run with healthy employees, customers, investors, and plentiful access to resources. Issues like climate change, unsurprisingly, threaten these core needs, and that’s why many major companies – from The Coca-Cola Company to The Walt Disney Company– are already taking action to mitigate climate risks. For Mars’ part, the family-run company has valued sustainability from the get-go; the difference now is that they are speaking out in a very public way through their Sustainability in a Generation plan. And as Victoria Mars urged, more companies need to speak out to push the public and policymakers.

According to the new Edelman Trust Barometer, consumers increasingly expect this type of vocal leadership from companies: 76% of people expect CEOs to take a stand on challenging issues. Moreover, people’s expectation that employers will join them in taking action on societal issues (67%) is nearly as high as their expectations of personal empowerment (74%) and job opportunity (80%).

Of course, businesses have to walk the talk of sustainability by being more transparent about their operations. Finding new ways to empower consumers with knowledge so they can rightly reward sustainable and equitable companies is a priority for advancing progress in the private sector. “If we are able to mobilize consumers, then we can really pursue sustainability,” explained Naoko Ishii. Case in point: a teen activist from the UN Foundation’s Girl Up initiative joined the conversation, sharing that her new year’s resolution is to only purchase clothes from sustainable clothing companies that fairly treat and compensate workers. Emerging efforts like the World Benchmarking Alliance, which aims to rank companies on their commitments to the SDGs, will enable consumers to do just that.

These takeaways are just the start of a critical conversation that will continue throughout the year, including during International Women’s Day in March, the High-Level Political Forum (HLPF) in July, and the Secretary General’s climate summit in September.

As we push for greater action, we have more work to do to connect the issues of gender, sustainability, and climate action. As echoed last week from Kathy Calvin, “we are asking the world to change power systems, and these power systems must change in order to save the planet.” The change agents we need, girls and women, are ready. 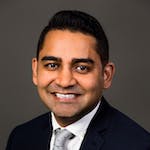 Smashing Siloes: A New Era of Alliances and Partnerships for the SDGs 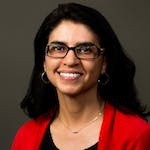