Immunization: A Critical Pathway to a Sustainable, Healthy, and Safe World

Immunization: A Critical Pathway to a Sustainable, Healthy, and Safe World 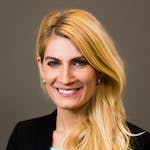 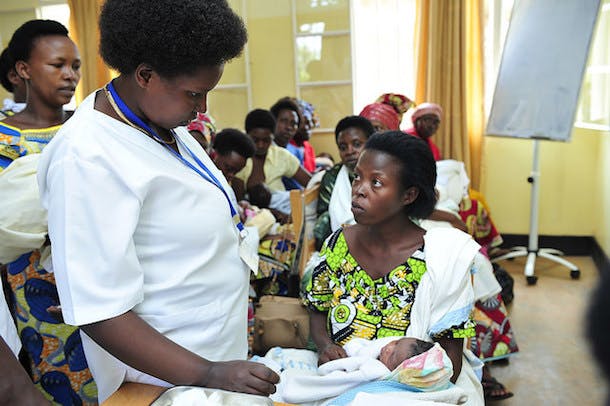 As the world commemorates World Immunization Week from April 24-30, we celebrate how far we’ve come, while acknowledging what remains to be done. We remember the 1.5 million children that are still lost each year to diseases that can easily be prevented by vaccines and the millions of front-line health workers and volunteers operating in some of the most dangerous locations on earth to save lives in their communities.

Universal immunization coverage is a top global priority and a key focus of Sustainable Development Goal 3. Nearly a third of all deaths among children under 5 could be prevented by vaccines.

The impact of these diseases is felt far beyond a country’s own borders. In today’s interconnected world, diseases can cross borders at unprecedented speed. Overstretched health systems in many parts of the world put gains made in other regions at risks, and countries that share borders rely on each other’s efforts to stop health threats. New pathogens and strains of disease are emerging in places where they have never been seen before, and a changing environment, conflict, and other many other threats continue to put the health of our human family at risk.

Immunization is one of the only health interventions that has the potential to eliminate (or even fully eradicate) diseases from our planet. This life-saving intervention alone is estimated to avert between 2 million-3 million deaths each year, including in some of the most difficult to reach communities.

Vaccines not only save lives, but can also save the world (and overstretched health systems) money. It is estimated that the cumulative costs of relying on routine immunization over the next 20 years would exceed $35 billion, while the net benefit of polio eradication alone would be $19-25 billion over the same period.

The world’s fight against polio provides a powerful example of the potential for immunization programs to contribute to a healthier and more secure world for all.

In 1988, the World Health Assembly passed a resolution vowing to eradicate polio. In 2014, the World Health Organization (WHO) declared polio as a public health emergency of international concern in line with the International Health Regulations (IHRs), an agreed upon set of policies to increase the capacity of countries to detect, assess, and report health threats. As recently as 2015, only 64 countries reported that they can effectively implement the IHRs.

Large-scale immunization programs, such as the Global Polio Eradication Initiative (GPEI), which helps ensure that quality vaccines reach those who need them, can also help build strong health systems through activities such as enhancing laboratory systems, improving supply chain processes, accessing hard-to-reach communities, social mobilization activities, supporting emergency and outbreak response systems, and improving data systems to ensure that health officials have the information they need to respond to diseases.

When GPEI launched in 1988, polio paralyzed more than 1,000 children each day across 125 countries. Since then, through unprecedented international collaboration, innovation, and commitment, the global incidence of polio cases has decreased by 99.99%. Entire regions are now without wild polio virus.

WHO’s South-East Asia Region, home to roughly a quarter of the world’s population, was certified polio-free in March 2014. The last case of polio was reported in the Americas in 1991. By 2016, there were 37 reported cases of wild polio virus in 3 countries worldwide (in parts of Afghanistan, Nigeria and Pakistan). Due to the cooperation of more than 200 countries and 20 million front-line volunteers and health workers, polio is now very close to joining smallpox as the only other human disease in history to be eradicated.

These remarkable achievements remind us how important international collaboration is when responding to shared health threats. In Afghanistan and Pakistan, despite devastating conflict and a state of humanitarian emergency, both countries have continued to collaborate on immunization, surveillance, and social mobilization activities to reduce the risk of cross-border spread of polio and other vaccine-preventable diseases.

Similar cooperation has been undertaken in other parts of the world. In 2004, 23 African countries coordinated an unprecedented mass immunization campaign targeting 80 million children. In 2017, following the 2016 polio outbreak in northern Nigeria, surrounding countries in the Lake Chad region rapidly mobilized and implemented a mass immunization effort that immunized 116 million children across 13 countries over three days.

When the Ebola crisis began ravaging multiple countries in West Africa, Nigeria was able contain the disease quickly. As the most populous country on the African continent, with more than 20 million people living in the city of Lagos alone (where the first Ebola case arrived in Nigeria), Ebola could have spread even faster in Nigeria. Utilizing infrastructure supported by the polio program, trained staff were able to detect and respond to the Ebola virus by adapting polio-supported laboratory infrastructure, surveillance capacity, utilizing existing relationships with hard-to-reach communities, and other efforts to contain the virus.

As long as a vaccine-preventable disease, such as polio, exists anywhere, it is a threat to children everywhere. For example, if polio is not eradicated, we could see a global resurgence of the disease, with as many as 200,000 new cases each year within a decade. This could threaten progress in all world regions.

While much progress has been made, ridding the world of polio for good remains challenging. Now is the time to support the final push in wiping polio off the map and ensuring that the global community continues to work together to protect ourselves and future generations from the many health challenges we face. Immunization will continue to be a key force in this fight.

Learn more or donate to the Global Polio Eradication Initiative.