Hopeful Progress in the Fight Against Measles

Hopeful Progress in the Fight Against Measles 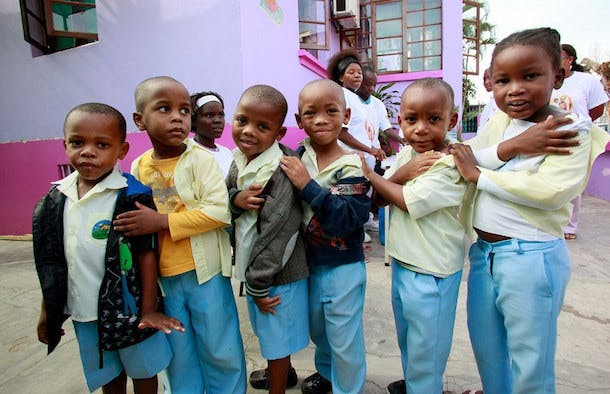 For the first time, fewer than 100,000 people around the world died from measles in a year. New data published today by the partners of the Measles & Rubella Initiative (M&RI) shows an 84% drop in measles deaths globally from 2000-2016, a major milestone in the fight against this preventable disease.

Dedicated vaccinators reaching more and more children in the world’s poorest countries have helped slow the spread of this highly contagious illness, which affects mostly children under 5. Committed governments have empowered front line health workers to give 5.5 billion doses of measles-containing vaccines to kids worldwide since 2000 — saving 20.4 million lives. And by 2020, the measles vaccine will save more lives than all other vaccines combined.

But there is more work to do. Global measles vaccine coverage has stalled at 85% since 2009. Even fewer children receive the two doses required for immunity from measles, which is spread easily by coughing, sneezing, or direct contact.

More than half of children unprotected against measles are concentrated in just six countries: Nigeria, India, Pakistan, Indonesia, Ethiopia, and Democratic Republic of the Congo. These places are home to millions of unvaccinated children, leading to large outbreaks and complications like pneumonia, diarrhea, or blindness.

And for children living in particularly difficult circumstances, such as drought-stricken communities experiencing famine or crowded refugee camps, measles poses an even greater threat. Sick children can’t learn, and the parents caring for them can’t work. One measles-stricken child in Ethiopia can mean one month’s income gone.

The world must work together, redoubling our efforts to make sure every child, everywhere receives two doses of the measles vaccine to end this disease for good. Health workers need more tools and training. Vaccines need stronger cold chain infrastructure to guarantee they arrive safely to those who need them. National health systems need additional financial and technical support to better detect and respond to outbreaks and reach all children with two doses of measles-containing vaccines through routine systems.

In many instances, determined vaccinators deliver measles immunizations along with polio vaccines. As polio cases disappear from the globe and polio services are phased out, health workers and governments must remain vigilant against measles. We know it’s possible to beat this dangerous virus: North and South America were declared measles-free last year, and the European region just celebrated a big milestone last month: Now 79% of the region is free of measles. Long-range planning is essential to stop the spread of measles.

Real, life-saving progress has been made since the Measles & Rubella Initiative was formed in 2001 with partners the American Red Cross, the U.S. Centers for Disease Control and Prevention, the United Nations Foundation, UNICEF, and WHO. But 20.8 million children around the world remain unvaccinated for measles.

No child should die from a disease that can be stopped with two shots for just $2. Together, we can help stop the spread of measles.

Support the UN Foundation’s Shot@Life campaign to help more children get the vaccines they need against deadly, but preventable, diseases like measles.