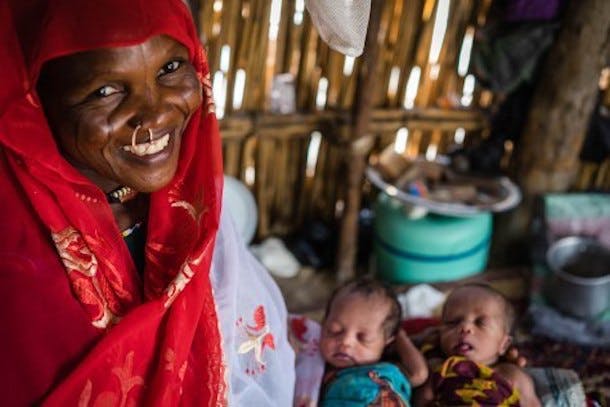 Fewer children were paralyzed by polio in 2016 than any year in history. Today, more than 16 million people, who would otherwise have been paralyzed by polio, are able to walk, and this year wild polio remains in only three countries: Afghanistan, Nigeria, and Pakistan.

Although the world is closer than ever to eradicating polio, the virus continues to circulate, especially in remote and conflict-ridden areas. To protect children from the disease’s spread, countries remain committed to vaccinating every child and closely tracking polio. Until polio is gone, every country remains vulnerable.

Sustainable Development Goal 3, helping people live healthy lives, is an essential part of the world’s plan to end poverty and ensure human dignity. Quality health care should be a right for all, not a privilege for some. The world’s hardest-to-reach children deserve the same protection against polio as millions of other children enjoy.

The global fight against polio shows how effective and far-reaching investments in health can be. Since the 1988 launch of the Global Polio Eradication Initiative, polio has been reduced by more than 99%. World Polio Day on October 24 is a moment to reflect on how far we’ve come against this terrible disease, and acknowledge the work ahead to make polio the second human disease in history, after smallpox, to be wiped from the earth. This incredible progress is thanks in large part to the work of United Nations agencies like the World Health Organization and UNICEF. But it would not be possible without the passionate individuals working behind the scenes to save lives in their communities and around the world.

These unsung heroes include:

– Polio surveillance officers who train health practitioners in Kenya how to keep people free of polio;

– Female vaccinators working tirelessly to reach every child in Yemen;

– Social mobilizers that trek to towns and villages in the Democratic Republic of the Congo and Somalia to encourage vaccination; and

– Community health volunteers in northeast Nigeria who are trained in polio, themselves displaced by conflict, going from tent to tent to educate families about rainy season risks to help stop a cholera outbreak.

Parents are also heroes in the fight against polio. Take Gamoussou, a mother of newborn twins in Chad. While just one in four children there are fully immunized, Gamoussou has made sure all of her children are fully protected – even when that meant a two-hour canoe trip from her island home on Lake Chad. A 2016 polio outbreak in nearby Nigeria makes immunization more important than ever. With vaccination teams visiting door-to-door to reach more than 4 million children under 5 across Chad, her youngest, Hawa and Adam, will be polio-free.

Thousands of courageous people risk their lives, trekking muddy roads and crossing rivers, to reach the most distant and dangerous communities on earth to provide polio vaccines to children who need them most. Survivors and local leaders make their voices heard to protect children and encourage families to vaccinate little ones. And the sustained commitment of partners and donors finances the work that will end the disease for good. These extraordinary efforts not only stop polio, but deliver other critical health services to children.

As long as polio exists anywhere, it is a threat to children everywhere. The world must remain vigilant in this fight; it will take many hands to defeat the virus. As Nelson Mandela said, “It always seems impossible until it’s done.”

Help support the efforts to achieve a polio-free world by donating to Rotary International at endpolio.org. The Bill & Melinda Gates Foundation will triple donations up to $50 million each year for the next three years. This World Polio Day, October 24, tune into the Rotary International Facebook livestream at 5:30 p.m. EST/2:30 p.m. PST.

You can also join the UN Foundation’s Shot@Life campaign to help expand access to vaccines for children in need.