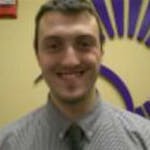 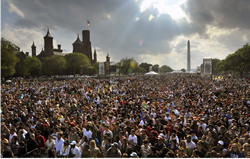 “A guest post from the Earth Day Network outlining ways that people are getting involved to promote a clean, sustainable future for us all.  Check out what Earth Day Network is doing this Earth Day and check back for more posts this week about how our partners are promoting a clean energy future and how you can get involved.”

Each year, Earth Day — April 22 — marks the anniversary of what many consider the birth of the modern environmental movement in 1970.

The idea came to Earth Day founder Gaylord Nelson, then a U.S. Senator from Wisconsin, after witnessing the ravages of the 1969 massive oil spill in Santa Barbara, California. Inspired by the student anti-war movement, he realized that if he could infuse that energy with an emerging public consciousness about air and water pollution, it would force environmental protection onto the national political agenda. Senator Nelson announced the idea for a “national teach-in on the environment” to the national media; persuaded Pete McCloskey, a conservation-minded Republican Congressman, to serve as his co-chair; and recruited Denis Hayes as national coordinator. Hayes built a national staff of 85 to promote events across the land.

As a result, on the 22nd of April, 20 million Americans took to the streets, parks, and auditoriums to demonstrate for a healthy, sustainable environment in massive coast-to-coast rallies. Thousands of colleges and universities organized protests against the deterioration of the environment. Groups that had been fighting against oil spills, polluting factories and power plants, raw sewage, toxic dumps, pesticides, freeways, the loss of wilderness, and the extinction of wildlife suddenly realized they shared common values.

Earth Day 1970 achieved a rare political alignment, enlisting support from Republicans and Democrats, rich and poor, city slickers and farmers, tycoons and labor leaders. The first Earth Day led to the creation of the United States Environmental Protection Agency and the passage of the Clean Air, Clean Water, and Endangered Species Acts. “It was a gamble,” Gaylord recalled, “but it worked.”

Today, more than 1 billion people in 192 countries participate in Earth Day activities each year, making it one of the largest civic observances in the world.  This year, in the face of global inaction on pressing environmental problems, we must harness that power. Earth Day Network is calling upon individuals, organizations, businesses and governments to Mobilize the Earth™ and demand that environmental issues become a top priority.   So join us today, April 22nd, as we strive to continue the great vision of Gaylord Nelson in 1970 and continue moving forward as we Mobilize the Earth™ for environmental awareness.