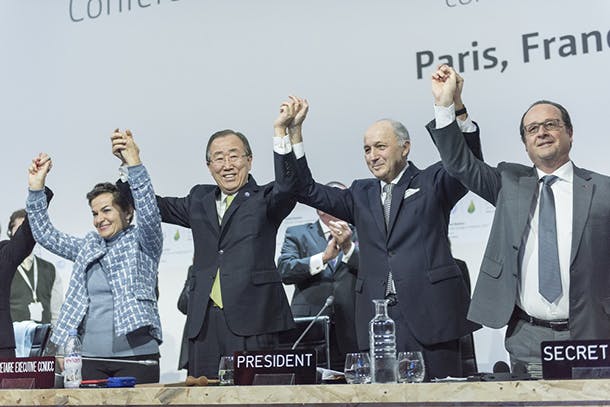 The last two years have been remarkable in terms of global climate action.

In 2014, hundreds of thousands of citizens around the world took to the streets in rallies for the People’s Climate March. Later that year, bilateral commitments from the world’s two largest emitters – the U.S. and China – set the global level of ambition higher for climate action. From Pope Francis to Leonardo DiCaprio and many others, we’ve seen a new set of climate leaders stepping up to join the United Nations in urging bold action on climate change.

In 2015, the Paris Agreement on climate change was adopted by 195 nations at the UN climate change conference, and this historic accord has continued to set records: On Earth Day this year, it was signed by 175 nations at the largest signing of an international agreement on a single day in history. The universal climate accord has been formally joined by more than 70 countries, meeting the threshold for entry into force on November 4, less than 11 months after the agreement was first adopted in Paris.

For an international agreement to go from adoption to full force in less than a year is at the very least extraordinary, and almost unheard of: The speed with which the agreement has passed from adoption, to signing, to ratification, and now entry into force has shown that we’re in a new era of climate action. Leaders have heard the call to address climate change and have made commitments to tackle this challenge.

As we celebrate these milestones, we must also remember that, in many ways, the real work is still ahead of us as we move from commitments to action on climate change. As we look toward the next UN climate conference, the 22nd Conference of Parties (COP22), which begins on November 7 in Marrakech, Morocco, the world must turn its attention to fulfilling those commitments – by countries, and also by companies and civil society.

We must make sure that nations are meeting the targets they set in Paris and that ambition ramps up over time so we reach the ultimate goal of the Paris Agreement – to keep the world well below 2°C of global warming and avoid the worst impacts of climate change.

With this in mind, as leaders meet in Morocco to discuss our shared future, we’re sending a message from Earth To Marrakech: The world has made climate commitments, and now it’s time to act. Will you join us?

Add your voice and help us send a message from Earth To Marrakech:

Tweet This: As the #ParisAgreement enters into force, I’m sending a message from #EarthToMarrakech: Let’s move from words to action on climate change! 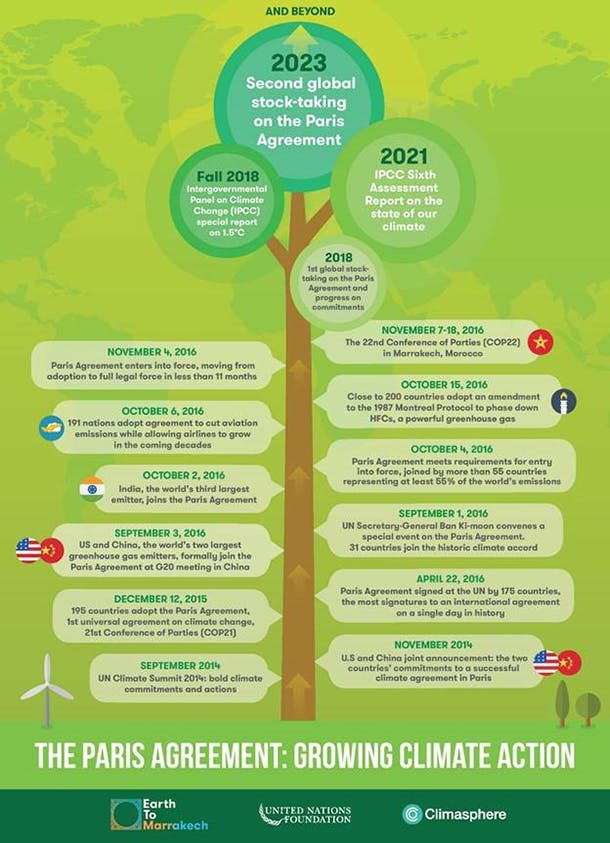