Good News Stories You May Have Missed in 2016

Good News Stories You May Have Missed in 2016 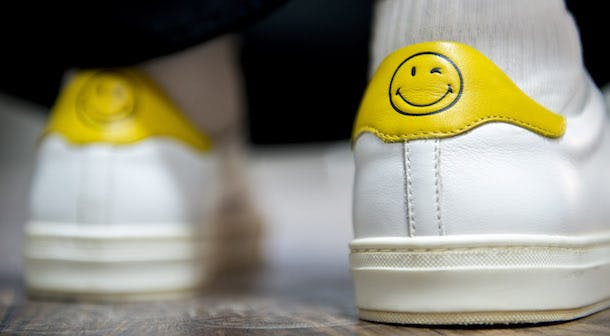 The world is filled with serious challenges, yet now is not the time to give in to pessimism and walk away. Progress is possible when people come together and act alongside the United Nations. The world can get better, and in many areas, we’re making important strides. Here are a few good news stories of progress you may have missed this year.

Climate action takes big steps forward
In 2016, the world continued to move from words to action on tackling climate change. In November, the Paris Agreement on climate change entered into force. In October, UN negotiations in Kigali, Rwanda, concluded successfully with a new deal agreed by 170 countries to phase out the use of hydrofluorocarbons. Additionally, 191 countries for the first time agreed to limit greenhouse gas emissions from international flights.

The Americas are declared free of measles
On September 27, the region of the Americas was the first in the world to be declared free of measles. According to the Pan American Health Organization/World Health Organization (PAHO/WHO), this was the result of more than two decades of work to mass vaccinate children against measles, mumps, and rubella. PAHO/WHO Director Carissa F. Etienne said, “It is proof of the remarkable success that can be achieved when countries work together in solidarity towards a common goal.” The Measles & Rubella Initiative, of which the UN Foundation is a founding partner, helps support the work that led to this achievement.

Europe is now malaria free
On April 20, the World Health Organization announced that after having a peak of 90,000 cases in 1995, Europe had zero cases of malaria in 2015. This is a major milestone in the global movement to eliminate malaria. WHO attributes the success to better mosquito control, greater collaboration between countries, and improved surveillance systems.

Zimbabwe court outlaws child marriage
On January 20, the Constitutional Court in Zimbabwe ruled that marriage before the age of 18 is illegal – an important step to protect the rights of girls and ensure they are not married as children. Before the ruling, girls were allowed to marry at the age of 16. According to Girls Not Brides, 31% of girls in Zimbabwe are estimated to be married before age 18.

More than 10 million meals shared
ShareTheMeal, a mobile phone app created by the World Food Programme (WFP), helps provide nutritious food to refugees, displaced families, and others in need of vital aid. To date, more than 10 million meals have been donated to help pregnant women, mothers, and children in affected by conflict, drought, and poverty. WFP is entirely voluntarily funded, so every donation counts.

Global extreme poverty declines
Extreme poverty has decreased by more than half since 1990. According to the World Bank, nearly 1.1 billion people have moved out of extreme poverty since then. In 2013, 10.7% of the population lived below the international poverty line of $1.90 per day. The Sustainable Development Goals, adopted by 193 world leaders at the UN, are a shared promise to end poverty in all of its forms by 2030.