Good News Stories You May Have Missed in 2017

Good News Stories You May Have Missed in 2017 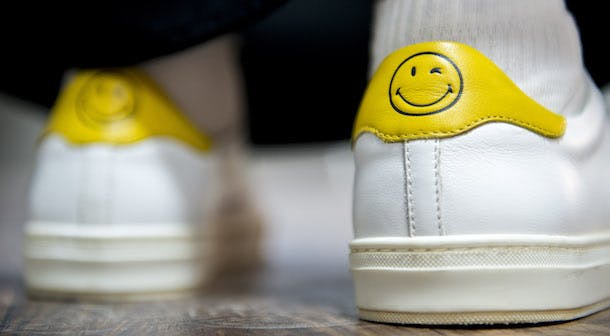 News headlines often focus on the negative – problems that urgently need attention. However, underneath the headlines of challenge are stories of hope happening around the globe.

These stories happen because the United Nations, partners, and citizens like you work tirelessly to help people around the world, from standing up for human rights to fighting inequality to providing humanitarian aid to mobilizing action on shared challenges like climate change and terrorism. As a reminder of the progress we can make when we come together with each other and with the UN, the United Nations Foundation is sharing eight good news stories you may have missed in 2017.

Annual measles deaths drop below 100,000 for the first-time ever

Fewer people are being affected by measles around world.  This year, it was reported that under 100,000 people died due to measles in 2016 – the first-time ever this annual number of deaths fell below 100,000. Vaccinators, health providers, and partners from the UN Children’s Fund (UNICEF), the World Health Organization (WHO), and other organizations have made tremendous progress, although more work remains. According to the Measles & Rubella Initiative, this new data shows an 84% drop from more than 550,000 deaths in 2000.

Honduras has made the marriage of anyone under the age of 18 illegal. Each year, millions of young girls worldwide become child brides, often losing access to education and other opportunities. By banning child marriage, girls in Honduras have a better chance at going to school.

The World Food Programme’s (WFP) ShareTheMeal app has allowed millions of meals to be given to individuals facing hunger in emergency situations. The user-friendly app raises funds to support WFP’s work to provide aid to people in need.

The world’s largest solar plant in a refugee camp was turned on in November, providing energy to some 80,000 Syrian refugees in the Zaatari camp in Jordan. According to the UN Refugee Agency (UNHCR), the renewable energy will allow young refugees to continue their studies at night and allow for girls to more safely roam about the camp. The solar panels will save UNHCR $5.5 million a year, allowing the agency to re-invest the money into other priorities.

Governments have committed to reducing death by non-communicable diseases

The World Health Organization and several heads of state have committed to solving the problem of suffering and death caused by non-communicable disease (NCD). With a focus on heart and lung diseases, cancers, and diabetes they hope to take new action toward relieving the tolls of NCDs by one-third by 2030.

Conservation efforts in India, Russia, and Nepal have caused a major increase in tiger population over the past few years. The World Wildlife Fund’s report shows there are 3,890 wild tigers, up from 3,200.

Breaking a record, treatment for Hepatitis C has reached 3 million people over the past two years. WHO also announced that it has seen a five-fold increase in national plans to combat the infection.

Scientists were recently able to transplant a healthy part of the Great Barrier Reef to a damaged section. In about eight months, the transplant grew into a healthy five-centimeter long juvenile coral. This revelation shows scientists may have hope of repairing damaged coral reefs, encouraging news for conservationists.

In an era of complex challenges, progress is possible when we choose action over apathy. We hope you will join the UN Foundation in 2018 to continue working with the UN and partners to build a world of dignity and rights for all. Sign up for updates here.