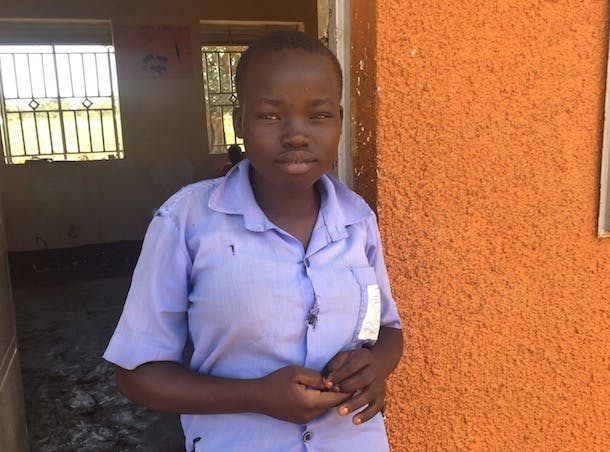 “I want to be a nurse.” This comment was made in response to my age old question of, “What would you like to be when you grow up?” I’ve asked this question to children in the United States, but this time I was in Uganda, speaking with a 14-year-old girl, Malacondia, who attends St. Luke’s Primary School in the northern part of Uganda, near the border with South Sudan.

The school educates children from Uganda as well as refugees from South Sudan, displaced by the horrific unrest there.

Not long ago, I traveled to Uganda with the UN Refugee Agency (UNHCR) and visited St. Luke’s. In my conversations with Malacondia and other children there, it was abundantly clear that there was no difference between their aspirations and the aspirations of my own kids and children across America. 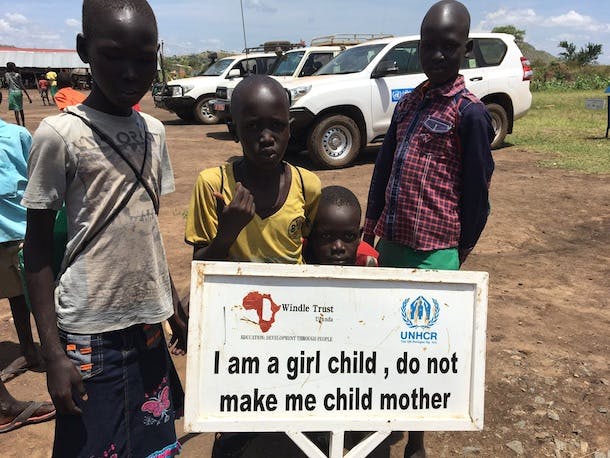 Through the United Nations Foundation’s Girl Up campaign and its ongoing work with the UN and UNHCR, Malacondia and other girls throughout the country are provided access to education and complete schooling (from nursery school through high school). This is critical, as studies show that providing a girl with an education means that over the long term, she will be healthier, more economically secure, and more involved in the community.

There are challenges though. When we asked the St. Luke’s School administrators some of their main issues, they said a lack of food and water, which can prevent the children – and teachers – from showing up. They also mentioned a lack of school supplies.

In addition, there was one other major challenge unique to the girls at St. Luke’s, which was evident in the enrollment figures by grade. See the chart below from the school: From grades P1-P4, roughly ages 6-12, boys and girls enrollment is basically the same at over a 100 each in each grade. But take a close look at grades P5-6, about ages 13-15. Boys’ enrollment is level while the figures for girls drops by more than 50%. 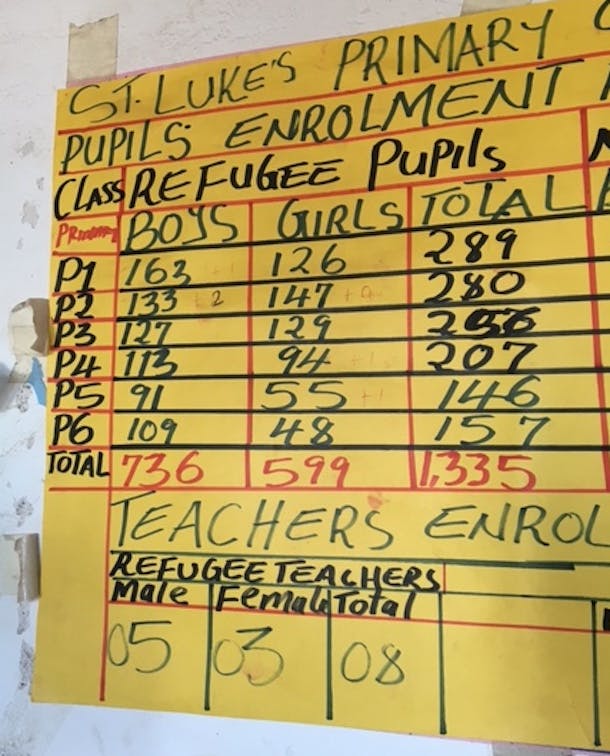 Why? A big reason is child marriage.

In fact, in Uganda, nearly 50% of women are married by the age of 18. Overall, girls in Uganda are more likely to drop out of school, marry early, and experience poverty than their male counterparts. This is why Girl Up’s work is so vital. 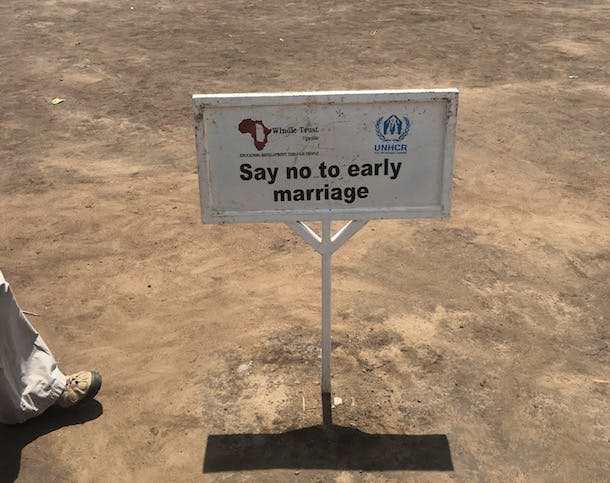 Girl Up’s current fundraising initiative to support UNHCR in Uganda helps provide girls with the uniform and supplies to go to school. Keeping girls in school is often all it takes for them to break the cycle of child marriage and resist the social and economic pressures, often from their families, to become a child bride.