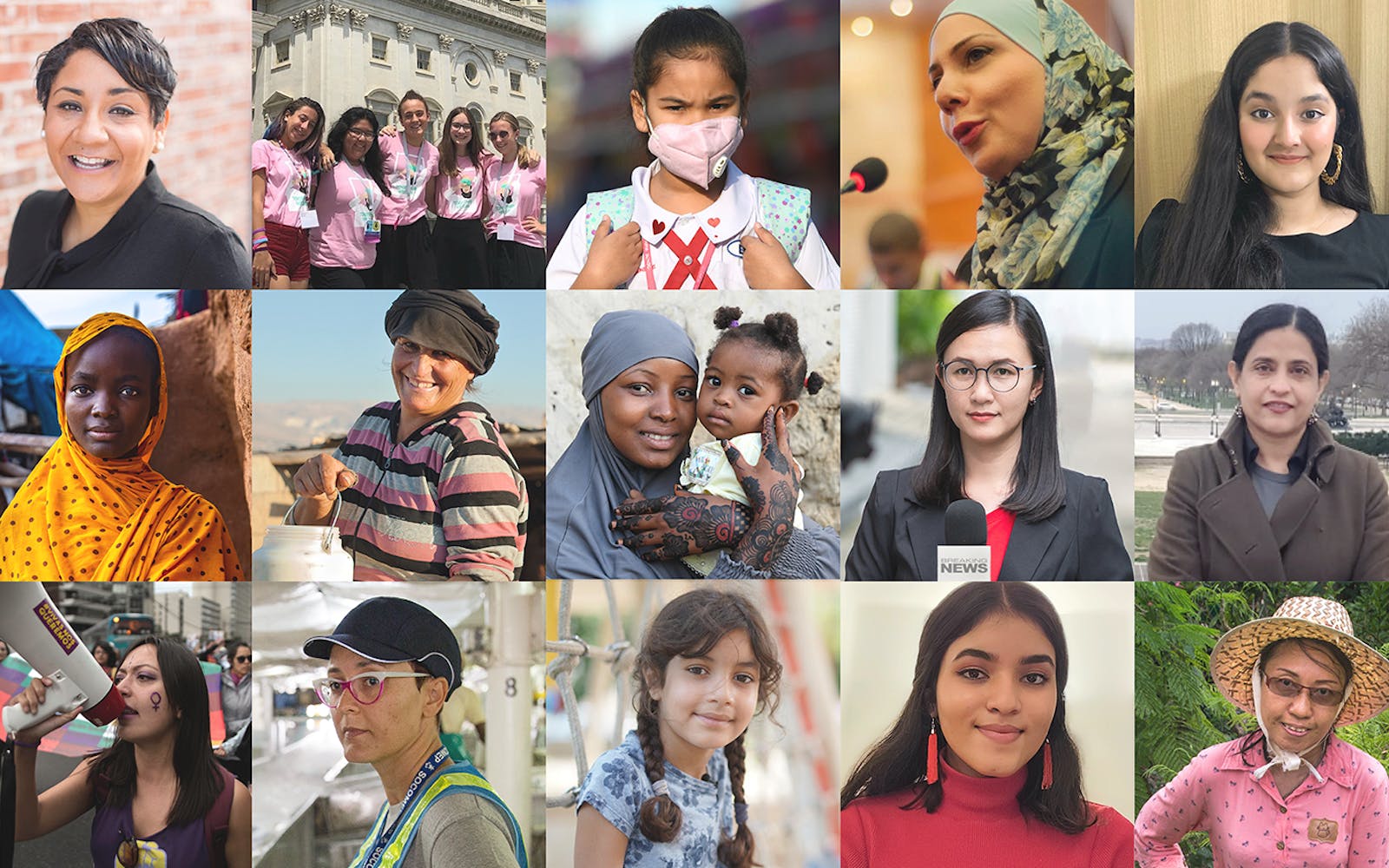 Images of women from around the world who are fighting for gender equality. Collage: UN Foundation

Outrageous and indefensible sexist laws, policies, and norms are holding girls and women back in every place and part of life. To ensure they can be #EqualEverywhere, the world needs to rethink the societies we’ve created and leaders at all levels must repeal discriminatory legislation and enshrine equality in law.

Imagine: you can’t leave the house without your spouse’s permission. You don’t get to decide what to wear in public, or whether and where you work. You are forced to marry the person who raped you, and you have no choice but to keep a pregnancy you don’t want.

You might assume I’m talking about a country with notoriously repressive regimes, where girls and women are cruelly denied rights they are fighting hard to secure. But these extreme examples of oppression and injustice are a daily reality for millions of girls and women right now and in countries all over the map. In fact, new data from the World Bank’s Women, Business, and the Law report confirms that some 2.4 billion women worldwide still do not have equal economic rights, and on average, women are afforded just three quarters the legal rights as men. 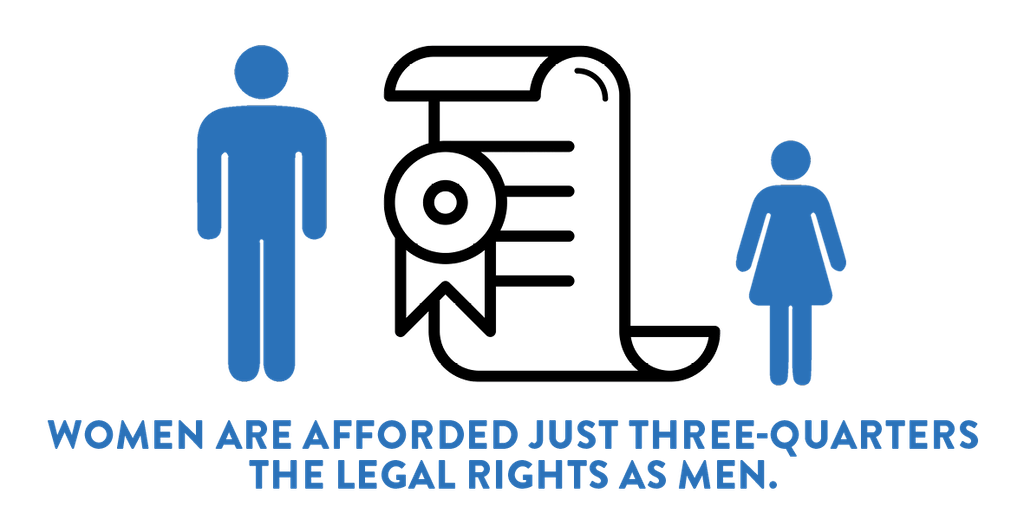 Outrageous and indefensible examples of discriminatory laws, policies, and norms exist on all continents, and in every nation. Some are absurd: Like the 18 countries that legally require a married woman to obey her husband. Some are doubly discriminatory, such as laws dictating where Muslim women can wear the hijab. Some are downright jaw-dropping: 30 countries have zero laws addressing domestic violence.

Legalized, institutionalized, and normalized misogyny is everywhere. It’s holding girls and women back from reaching their full potential and realizing the equality that is their birthright. And the consequences are devastating, rippling across communities and generations. Gendered laws and policies are associated with fewer girls enrolled in primary and secondary education; fewer women in skilled work; fewer women owning land or property; fewer women accessing financial and health services; and higher rates of domestic, family, and sexual violence.

"Legalized, institutionalized, and normalized misogyny is everywhere. It’s holding girls and women back from reaching their full potential and realizing the equality that is their birthright."

Thanks to research from the World Bank and UN Women, we know that sexist laws, policies and norms are pervasive, and their economic, social, physical, and mental impact on girls and women is significant.

Even when absurd laws — like requiring a wife to get her husband’s permission for a haircut — aren’t actually enforced, the fact that such strictures are still on the books means they could be, and suggests that some governments feel no obligation to enshrine and protect equality.

At the same time, sexist social norms — the informal, nonlegal rules that shape our behavior — have also proven stubborn and damaging. Imposed through peer pressure, tradition, and shame, harmful social norms can have insidious and tragic effects.

Consider that gender-based violence is so pervasive and accepted that products have emerged — like roofie-detecting nail polish — that ask girls and women to make different choices and change their behavior, instead of preventing violence or holding perpetrators accountable. 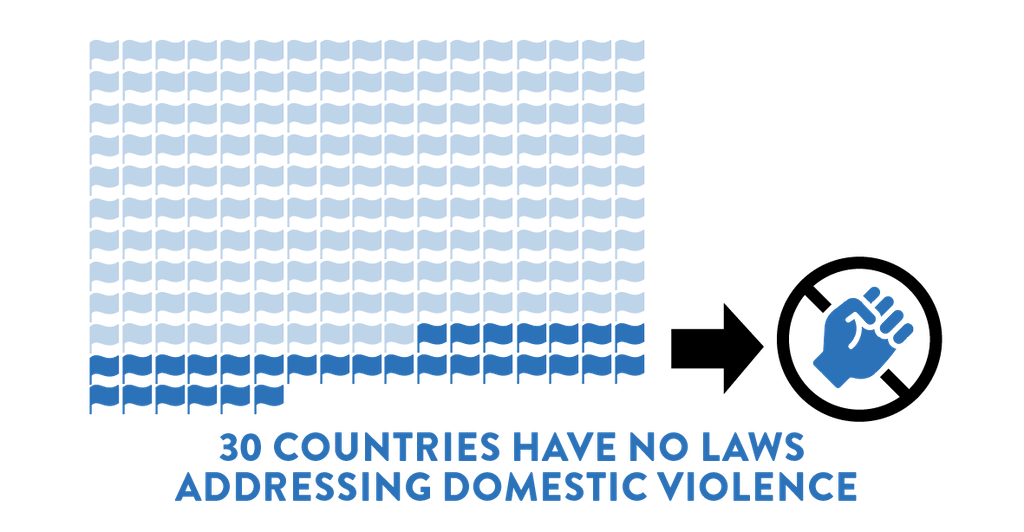 The relationship between harmful social norms, bad laws, or absent laws is symbiotic. Stereotypes and biases are reinforced by laws and vice versa.

So what do we do? First, we must call on legislators, parliamentarians, and leaders at all levels to take equality seriously. Wherever you are reading this, you live in a country that has some of these laws. Repealing discriminatory legislation should be a top priority.

Second, we also need far more investment in grassroots advocates, who play a vital role in both advocating to change bad laws and challenging social norms. Research across 70 countries suggests that a strong feminist movement was the most significant, consistent factor for adopting prevention policies to address gender-based violence. In other words, citizens have been even more effective in accelerating action than progressive governments, women legislators, or even national wealth.

According to recent data, just 1.9% of total charitable giving in the United States goes to girls’ and women’s rights and needs, and global trends are no better. This investment is far less than necessary, and far less than half our human family deserves. In fact, it’s not great for anyone. Men and boys are also adversely affected by gender laws and norms; they are denied protection from workplace harassment or domestic violence, they are unfairly expected to be a household’s primary breadwinner, they are expected to suppress emotions and affection, and kept out of their partners’ delivery rooms. 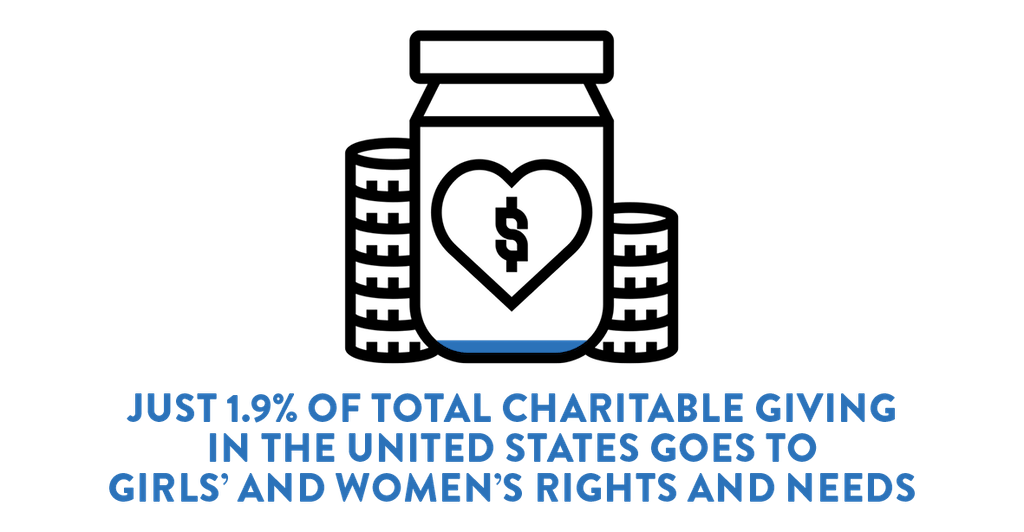 We know the best way to support girls and women is to put resources directly in their hands. Yet 99% of development aid and foundation grants never reach women’s rights and feminist organizations. That’s why the United Nations Foundation is joining forces with the Spotlight Initiative to create the WithHer Fund, which directly supports grassroots women’s organizations with flexible and core funding to address gender-based violence. From a women’s shelter in Belize to a youth leadership program in Trinidad and Tobago, the Fund is now supporting six pilot grantees and will officially launch this May at the World Economic Forum at Davos.

"The fact is, we won't be equal anywhere until we're equal everywhere."

International Women’s Day offers us a moment to reflect on the societies we’ve built — how we think, behave, relate to each other, and why. Why are there different rules for women and men and people in all their diversity? Why do only some of us benefit from laws? Why do we tolerate this? And don’t we deserve something better?

The fact is, we won’t be equal anywhere until we’re equal everywhere.

Passion, Purpose, and Persistence: Our List of Women Who Shaped 2021