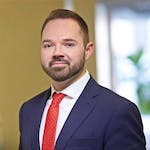 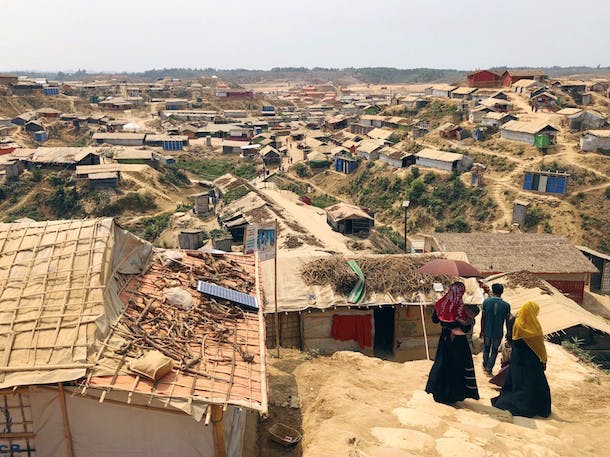 In the heart of what many consider the world’s largest refugee camp, four midwives stand ready to spring into action.

“We are here 24 hours a day, seven days a week,” Jhumur Rani Saha proudly told me as I toured the UN Population Fund (UNFPA) clinic in Cox’s Bazar where she and her team work, a humble four room bamboo structure encircled by a dense thicket of makeshift shelters and tents. “At any time, a woman can come. We must always be ready.”

A year ago, this refugee camp didn’t exist. Last summer, the Rohingya, an ethnic Muslim minority from western Myanmar, began flooding across the country’s border with Bangladesh.

As some 20,000 Rohingya refugees arrived daily, they brought with them stories of the unspeakable atrocities that forced them to suddenly flee their homes: Thousands of women raped, countless men executed, and precious young babies thrown alive onto fires – all by the hands of the Myanmar military.

In the eight months since, the previously uninhabited forest where the Rohingya have settled has been transformed into a city of more than 600,000 people – a population equal to Washington, D.C., but only one-tenth the size.

When it comes to humanitarian aid, people often think about food, water, and shelter, but UNFPA’s efforts in Bangladesh are a critical reminder that humanitarian aid is more than just that. On the front lines of this man-made disaster, UNFPA is delivering lifesaving health care to tens of thousands of women and children in need, including 64,000 women who arrived pregnant or have become pregnant since making the perilous journey to Bangladesh.

Over the last month, the staff of the brand-new clinic in the Kutapalong refugee camp, dubbed the OO Zone Primary Health Care Center, have delivered five babies, often working under extremely challenging circumstances.

“Sometimes there is no electricity, no power, nothing,” said Dr. S. M. Hasan-ul-Bari, a Sexual and Reproductive Health Consultant with UNFPA Bangladesh. The remark was not a complaint, but a statement of praise for his staff’s ability to rise to the occasion.

“We have delivered babies by flashlight,” one of the midwives informed me as I examined the delivery room of the tiny clinic. In the far-left corner of the unlit room stood a birthing bed and next to it, a small ice box that, absent any form of regular refrigeration, stores the clinic’s sensitive medicines.

As I concluded my visit, a Rohingya woman emerged from a check-up room holding a small baby.

“She just received a postnatal checkup,” one of the midwives commented.

Amid so many stories of grief and loss, it was easy to feel despair, but the woman was smiling: She and her baby were healthy.

The staff, however, were not ready to rest. They would be there long into the night, waiting for the next patient, whenever she might come.

To learn more about UNFPA’s lifesaving work in Bangladesh, please visit its website.