Equality Renewed: 5 Things to Know about the Vote on the UN Independent Watchdog for LGBTI Human Rights

Equality Renewed: 5 Things to Know about the Vote on the UN Independent Watchdog for LGBTI Human Rights

In a highly anticipated vote on July 12, the top human rights body at the United Nations, the Human Rights Council, voted to renew the mandate of the UN independent watchdog focused on LGBTI human rights.

Here are five things to know about the vote and what it means for LGBTI equality globally.

1. The renewal effort was led by a coalition of Global South countries.

The same alliance of nations assisted with the original effort to launch the independent expert’s mandate in 2016. Argentina is also a co-chair of the UN LGBTI Core Group, a team of countries, NGOs, and the UN Human Rights Office that work to advance LGBTI equality at the UN. (Check out the new UN LGBTI Core Group website here).

2. A powerhouse coalition of advocates around the world also backed the effort.

In advance of the vote, over 1,300 non-governmental organizations from 174 countries and jurisdictions signed a statement calling for the independent expert’s mandate to be renewed.

The UN Association of the USA endorsed the joint statement which declared, “A decision by Council Members to renew this mandate would send a clear message that violence and discrimination against people of diverse sexual orientations and gender identities cannot be tolerated. It would reaffirm that specific, sustained, and systematic attention is needed to address these human rights violations and ensure that LGBT people can live a life of dignity.”

3. Countries from every region supported the renewal in the Human Rights Council.

During the Council debate on whether to renew the mandate, countries from every major region in the world voiced support for, as well as cast votes in favor of, extending the mandate. This included powerful speeches from Fiji, Mexico, Tunisia, the United Kingdom, and South Africa, among others.

In moving remarks, South Africa’s diplomat reminded Council members that its national constitution was unique and historic in including explicit protections connected to sexual orientation. South Africa also sponsored the first-ever UN resolution on sexual orientation and gender identity in 2011.

4. The vote to renew the mandate was overwhelming.

The final vote in favor of extending the independent expert’s mandate was 27 in favor, 12 against, and 7 abstentions.

This is triple the margin in favor compared with the original vote to establish the Independent Expert on Sexual Orientation and Gender Identity position back in 2016. Moreover, the cross-regional alliance of countries supporting the independent expert’s mandate at the Council handily swatted away 10 poison pill amendments that attempted to weaken the resolution – including a surreptitious attempt to delete all references to “sexual orientation and gender identity.”

5. The independent expert will continue vital work for a free & equal world.

UN special procedures like the independent expert undertake invaluable efforts to advance human rights by conducting official country visits, supporting human rights defenders on the ground, reporting back to the UN on pressing challenges, and even issuing emergency communications.

The current IE-SOGI, Victor Madrigal-Borloz of Costa Rica, for example, has completed country visit to Mozambique, Georgia, and Ukraine. As of May 2022, he’s also visited the U.S., Tunisia, and Argentina. His most recent report to the UN Human Rights Council focuses on need for policymakers to have reliable data relevant to the LGBTI community. As 69 countries to continue to criminalize same-sex relations and as LGBTI people continue to face violence and discrimination on virtually every continent, this work is needed now more than ever.

Following the vote, Madrigal-Borloz tweeted, “I am as humbled and determined as the first day to continue at your side in this, the journey of a lifetime.” 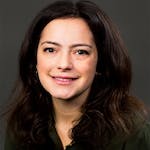