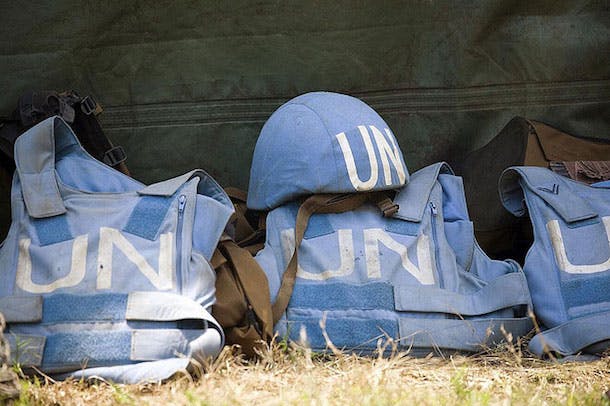 There is no place for rapists in peacekeeping.

This was the title of my op-ed in the Los Angeles Times this week, which addressed sexual exploitation and abuse in United Nations Peacekeeping – a topic I will address today in testimony before the Senate Foreign Relations Committee.

In 2015 and 2016, a number of high-profile and disturbing cases of sexual exploitation and abuse by UN peacekeepers were brought to light, particularly in the Central African Republic.

As I will say in the congressional hearing, there is a cancer within the United Nations – and it must be cut out.

In response to these horrific allegations, UN Secretary-General Ban Ki-moon has announced a series of proposals to combat this scourge. Despite Secretary-General Ban’s commitment to a zero-tolerance policy and repeated promises from UN Member States to take meaningful action, sexual exploitation and abuse by UN peacekeepers continues. So the question is: How do we support the vital work being done by UN peacekeepers in CAR and elsewhere, and at the same time, implement meaningful steps to stop sexual exploitation and abuse by peacekeepers and ensure justice for victims?

I encourage you to read the op-ed to learn more. You can also view the webcast, which will be made available via the Committee.

Hannum will testify that, “If the UN is to root out the bad actors – whether they hail from the developed or developing world – it must show that the newly announced policies, endorsed by the Security Council, will be implemented with unshakable resolve. These measures will mean nothing unless they are actively and consistently enforced – a posture which will anger some troop contributing countries.”

Many proposals to stop sexual abuse and exploitation among peacekeepers are already being implemented, but if the UN is to extricate the bad actors, it must show that new policies will be implemented with unshakable resolve.

In that pursuit, both the UN and its member states can and should do more.