Ending Inequality Against Women in Cameroon

Ending Inequality Against Women in Cameroon 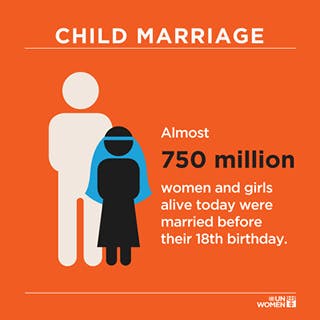 The movement for the empowerment and autonomy of women in Cameroon, and the improvement of their political, social, economic, and health status, has walked a long distance, but is still far from reaching its intended destination.

Cameroon has made key strides toward gender equality and women’s empowerment through major international commitments, including the Convention on the Elimination of All Forms of Discrimination Against Women (CEDAW), the Beijing Declaration and Platform for Action, the Declaration of Heads of State and Government of the African Union on Equality Between Women and Men, and the Sustainable Development Goals. However, though these international and regional commitments take precedence over Cameroon’s national laws, customs, and traditions, the preference for customary laws remains, and means that discrimination against women continues in Cameroon, especially in rural areas.

Further, the Preamble of the Constitution of Cameroon includes several provisions that enshrine gender equality. But many questions about ending inequalities faced by women continue to linger, such as the recognition of rape between husband and wife, protection for unemployed women, pension for widows, the continuation of child marriage, breast ironing, and other issues.

The Penal Code was updated in 2016 and now gives equal rights to men and women to sue for divorce. In practice, however, the courts are dominated by men, who may undermine gender considerations, such as lengthening proceedings and making the process unaffordable for women.

The penal code also criminalizes early and forced child marriage and demands consent as a condition of marriage, and advises that consent cannot be obtained by force. However, the Cameroon Civil Status Registration Ordinance allows the marriage of girls under the age of 15 if for “serious reasons a waiver has been granted by the president of the Republic.”

Is the Civil Status Registration Ordinance and the Cameroon Civil Code failing girls and women? Is this failure further compounded by a lack of capacity of civil status registration officers, lack of proper birth registrations, and the disregard of international and regional commitments?

There is also an urgent need to enact the draft Child Protection Code and Family Planning Code, which stipulates the age of marriage for girls as 18 years old and establishes other protections for women and girls. These laws, though enacted, are published mostly in French and sometimes in English, though many of these most affected women speak neither of these languages.

Education is one of the most important means of empowering women with the knowledge, skills, and self-confidence necessary to participate fully in the development process. However, though the Cameroonian Penal Code penalises families that have the financial means to send children to school but do not, there is no tracking mechanism for girls who are in school. Further, there is no scheme to support girls who cannot afford secondary education. With more than 65.4% of the rural population living below the National Poverty Line, there is a need for the Government of Cameroon to prioritize a swift, effective transition of students to the secondary level of school, in addition to ensuring universal access to primary education for all, with a particular emphasis on rural areas, where child marriage is prevalent.

With regards to legal support for women, Cameroonian law recognizes the right to legal assistance for all unemployed persons who lack resources, or those abandoned by their spouses. The Ministry of Women’s Empowerment and the Family focuses mostly on women in urban and semi-urban towns, where they have offices, and disregards rural women, who form the bulk of women with limited financial means.

The rule of law and implementation of policies is moving Cameroon in the right direction and toward ending inequality against women. But, we must improve awareness and accountability. Laws must be understood at the local level and accompanied by meaningful rural programs to ensure that we don’t leave rural women behind.