To End Violence and Harassment, Talk to Boys

To End Violence and Harassment, Talk to Boys 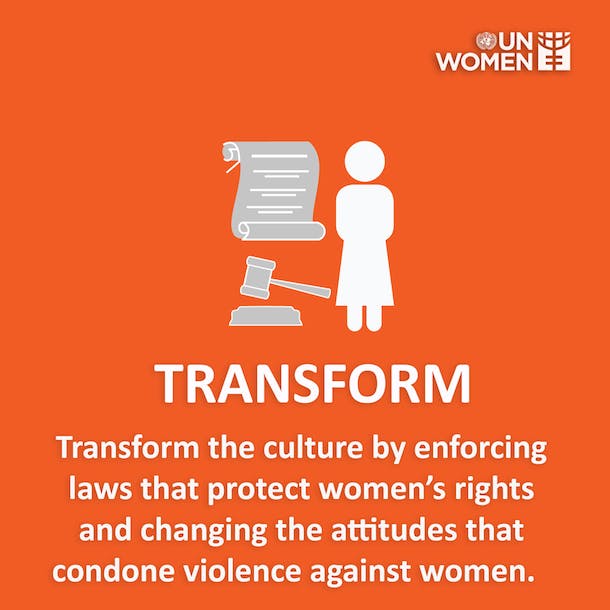 These past weeks, I have found myself waking up each day going online to see which powerful man, which celebrity or politician or corporate leader, has fallen today. It feels like we may be –at least in some parts of the world – reaching a tipping point, a point at which men know they can’t get away with it. That there are consequences that will be faced for harassment, violence, abuse, and sexual assault of women and girls (and of other men and boys).

But these consequences – for individual men – as important as they are for the women and men abused, don’t go far enough. None of the Harvey Weinsteins or Roger Moores or John Conyers woke up one day as fully formed misogynists. Each one of them is responsible for his actions, of course, but those actions generally come from the way they were raised: to believe they were always right, that women’s (or men’s) bodies were theirs to take, that their power over others was normal, and that they are in charge when it comes to sex.

In interview after interview, those of us who study and work to end gender-based violence point to the issue of power. Men do this – these men did this – because they have power over women.  And indeed, these men have the power of celebrity, of money, of patriarchy.

But the kinds of harassment, the kinds of domination, the kinds of violence these men are using, is sexual. And that’s where we get squeamish. If we want to raise a generation of boys who respect women and girls, and other boys and men, we have to talk about power and equality, and we have to talk about sex and sexuality. And we have to make sure we’re talking to everyone. While it’s high-profile men who are currently being taken to task, harassment and abuse are not limited to Hollywood and Silicon Valley.

At Promundo, the non-profit I direct, we speak with and work with boys and young men around the world. While there are massive differences in how they learn about sex, and whether they have access to honest information and whether adults talk to them about sex or not, there are often commonalities.

Add to that the messages that boys get about what it means to be men from their families, the media, and their friends. In a recent representative survey we carried out with young men ages 18-30 in the U.S., U.K., and Mexico, nearly two-thirds believe that being a man means acting tough, hiding uncertainties, being in charge when it comes to sex, and never backing down from a fight. Not surprisingly, the more the young men believed in this set of attitudes, which we and others call “the Man Box,” the more likely they are to have bullied and to have sexually harassed a woman or girl.

But we also have work to do every day – as teachers, parents, adults who interact with boys and girls, health care providers, coaches, older siblings, aunts, and uncles – to model respect and equality, and to have open, frank discussions about healthy, consensual sex.

The powerful men who abuse or harass women and girls (or men and boys) need to know that we will continue to speak out, that we will march and call them out, and hold them accountable.  And the boys and girls watching us need to know that we will talk to them every way we can about healthy and pleasurable sex, about respect and consent, about true equality between men and women, and about affirming that manhood is not defined by abuse and power, but by care and respect.

To mark the 16 Days of Activism to end gender-based violence, the UN Foundation blog is featuring a diverse chorus of voices against violence. Read posts by UN Women Executive Director Phumzile Mlambo-Ngcuka here. Support the UN Trust Fund to End Violence against Women here. The views expressed in guest blog posts are those of the guest author.