This is a guest post by Pieter Desloovere, WHO Spokesperson in Liberia. 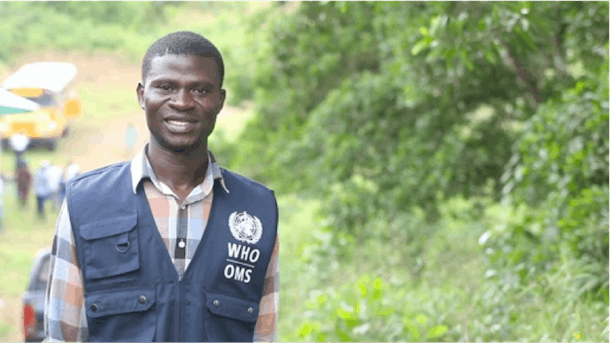 “When the outbreak first started in March and we heard about this deadly virus Ebola, I was in Kakata,” says Austin S Jallah, a student nurse of Kakata University, in Margibi County, Liberia. “People really doubted the fact that Ebola was real, until we heard about the first case in the hospital. I wasn’t one of those who doubted though. Because I am a student nurse, I had read about the Ebola virus before, how it was first discovered back in 1976.”

28-year-old Austin is one of the 363 Liberian health workers who was infected with the deadly Ebola virus and survived. One day back in August, while doing his day-to-day job of treating patients in the hospital, he had contact with an Ebola patient without knowing the person had the disease.

“I gave medication to a patient in the emergency room but I had no idea that he had the virus. I interacted with him, and later on I found out that he had died of Ebola. From the very moment I heard this, I quickly went to the hospital and I reported myself, informing my colleagues that I had contact with the Ebola patient.”

Austin was then monitored closely by his colleagues. Three days later, he developed fever and started to vomit. He was taken by an ambulance to ELWA 2, one of the Ebola treatment units in the capital city Monrovia. “When I was admitted into the Ebola treatment unit, I was very much in pain. The whole experience was traumatic for me. The virus really destroys your immune system,” continues Austin.

“While I was inside the Ebola treatment unit, I felt very bad. Fourteen of my health worker friends were infected and taken to the ETU. Ten of them died. I am one of only four who survived, so I thank God for that.”

After 20 days inside the Ebola treatment unit, Austin received some good news. The results of his second polymerase chain reaction (PCR) test came back negative. The following day, Austin was on the list of people to be discharged from the treatment centre.

“The health worker told me quickly about my discharge and asked me to call and inform my parents and my friends,” he says. “I will never forget that phone call, I was just so happy! I took a bath and I was given new clothes to put on, including new slippers. I had to leave all my belongings that I had in the ETU, my cell phone, money… I left it all there. The hygienist sprayed me for the last time, then I was able to leave the treatment centre.” 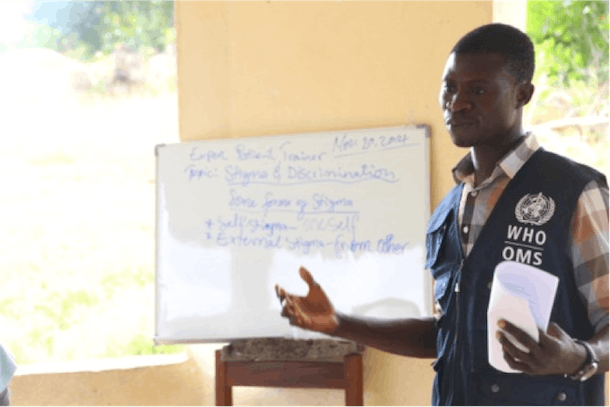 Only people who have been sick with Ebola virus disease and recovered from this traumatic experience can truly explain what it was like and what their needs were during their illness. That is why a group of Ebola survivors with a medical background were asked to play a critical role in WHO’s training programme for health workers on Ebola care.

Austin is now part of a mobile WHO training team, teaching other survivors how to play the role of patient again so that they can become trainers as well. 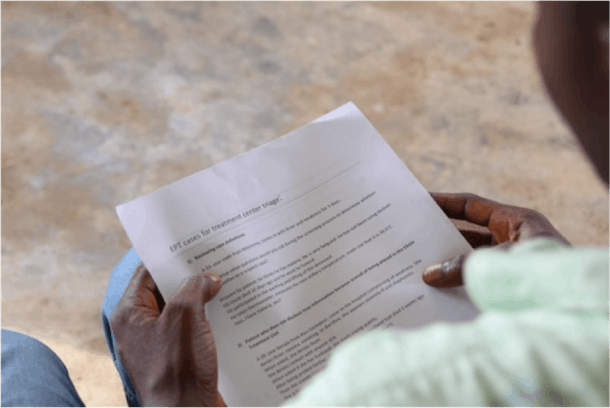 During the training, each Ebola survivor is taught to play a case scenario and play the role of an Ebola patient again – WHO/P. Desloovere

“I am grateful that my Ebola experience can impact the knowledge of our health workers and help to eradicate this disease from Liberia,” he says. 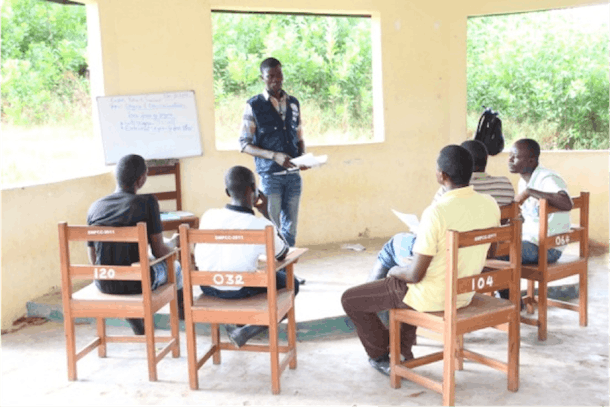 WHO patient expert trainer Austin S Jallah teaches other survivors on how to play the role of an Ebola patient – WHO/P. Desloovere