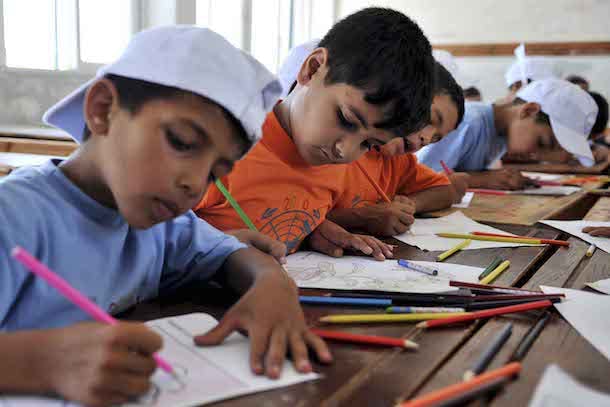 Last week, U.S. President Donald Trump vowed to block hundreds of millions of dollars in aid distributed through the United Nations Relief and Works Agency (UNRWA). UNRWA provides schooling for Palestinian refugee children, health care for Palestinians most in need, and other public services. Cutting aid to this population would be disastrous from a humanitarian and security perspective, with the potential to destabilize the region and imperil American allies, which is one reason why the U.S. has for decades been a primary funder to the agency.

More than half of UNRWA’s budget – to which the U.S. contributed $369 million in 2016 – is dedicated to education. Nearly 500,000 Palestinian children are educated through UNRWA-funded schools, taught a curriculum centered on tolerance, gender equality, human rights, and non-violence. Reducing or withdrawing funding would be counter-productive, creating a vacuum that extremist groups like Hamas or ISIS could fill.

UNRWA provides critical maternal care, outpatient services, and disease prevention to a Palestinian population whose needs are acute. In addition, UNRWA provides social services for people with disabilities, awards microfinance loans for small businesses, and provides improvements to infrastructure in the 58 Palestinian refugee camps scattered throughout Lebanon, Syria, the West Bank, the Gaza Strip, and Jordan. UNRWA is also an important provider of emergency assistance in times of crisis. The agency has scaled up its operations in Syria in recent years to provide lifesaving aid to the country’s 500,000 Palestinians, nearly 400,000 of whom have been forced to flee their homes by the civil war that first engulfed that country in 2011.

Finally, cuts in U.S. funding would be felt acutely by Jordan, a key American ally in the region. Jordan hosts 2 million Palestinian refugees, and UNRWA funds 171 schools and 25 health care facilities there. In addition to the Palestinian population, Jordan has accepted more than a half million Syrian refugees, stretching its resources to the limit. Increasing the financial burden on a reliable ally would be unwise.

UNRWA leadership should continue to reform its operations and address concerns raised by the Government of Israel.  Even so, by meeting the needs of vulnerable Palestinians, U.S. contributions to UNRWA benefit children, families, the region, and ultimately, U.S. allies.