Crisis in the Central African Republic: How You Can Help

Crisis in the Central African Republic: How You Can Help 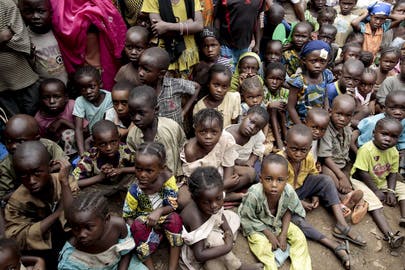 The Central African Republic (CAR), one of the world’s poorest countries, has been engulfed in months of intense violence, described as “ethno-religious cleansing,” which has plunged the country into crisis.

According to the United Nations Office for the Coordination of Humanitarian Affairs (OCHA), thousands of civilians have been killed and more than 625,000 people have fled their homes and are displaced within the country. The already weak health system has nearly collapsed, the economy has been devastated, and 1.6 million people urgently need food.

UN Secretary-General Ban Ki-moon visited CAR over the past weekend before heading to Rwanda to mark the 20th anniversary of the Rwanda genocide. While in CAR he said, “Some say this is a forgotten crisis. I am here to help make sure the world does not forget.”

Far from forgetting CAR, UN agencies are on the front lines of the humanitarian response. As part of its work on the ground:

This work is vital, but more help is required. UN agencies need adequate resources to respond to the crisis in CAR, but so far only 23% of the $547 million the UN has asked for has been funded.

How You Can Help

This is not a situation where nothing can be done. YOU can help. Here are 3 ways:

Use social media to alert your friends and family about the crisis in CAR and the need to support humanitarian work. In fact, here’s a tweet to send right now: Every day the crisis in Central African Republic is worsening. Children suffer the most. We can’t let #CAR be forgotten. #CARCantWait #CARCrisis Donate at http://bit.ly/1dQZuhR

Every dollar can make a difference. Support UN agencies so they can provide the aid the people of the CAR direly need. Here are some ways you can donate:

UN peacekeepers help restore peace to the world’s most volatile regions. Right now, African Union and French forces are in CAR to help protect civilians, and the UN Security Council is expected to vote this week on whether to authorize a new UN peacekeeping mission for the country.

Join the Better World Campaign’s efforts to ensure that Congress fully funds UN peacekeeping, so it has resources to promote peace in places torn by conflict, such as CAR.