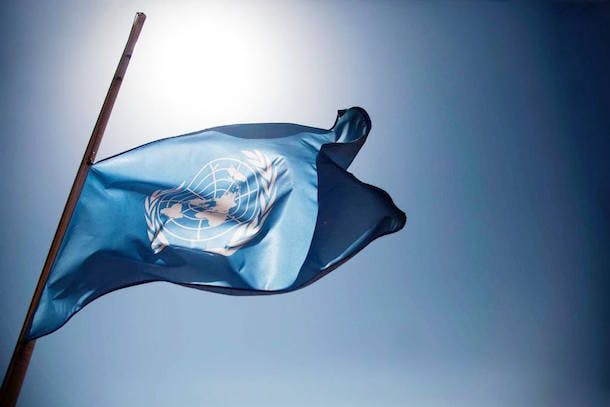 “This is a moment when we need to deepen our involvement and engage [in the United Nations] in a more serious way. If we’re going to hope to see real progress, it will require U.S. leadership.”

These were the words of U.S. Representative David Cicilline, Co-Chair of the Congressional Peacekeeping Caucus, before a congressional hearing last week that addressed sexual exploitation and abuse in UN Peacekeeping. Without question, U.S. leaders are invested in ending this scourge.

In fact, both the U.S. House and the U.S. Senate held concurrent hearings last week on the high-profile and disturbing allegations against UN peacekeepers, particularly in the Central African Republic.

In case you missed it, we have collected excerpts from over five hours of testimony in this five minute video.

As I told the House Subcommittee on Africa, Global Health, Global Human Rights, and International Organizations, to root out the bad actors – whether they hail from the developed or developing world – the UN must show that its newly announced policies, endorsed by the Security Council, will be implemented with unshakable resolve. These measures will mean nothing unless they are actively and consistently enforced.

Peter Yeo, President of the Better World Campaign, made a similar case to the Senate Foreign Relations Committee. He argued that, “The UN and members of the Security Council are now seized with developing and implementing solutions to this crisis. But we need to be invested over the long-haul – in getting more peacekeeping troops into the system so the UN doesn’t deploy the wrong troops to a crisis; in ensuring that allegations are fully investigated and justice is served by the countries who contributed the troops; and in providing victims and their families with the help they so desperately need.”

In that pursuit, witnesses and elected officials agreed: Both the UN and its member states can and should do more.

For more on this topic, you can also read Yeo’s op-ed in the LA Times: There is no place for rapists in peacekeeping.