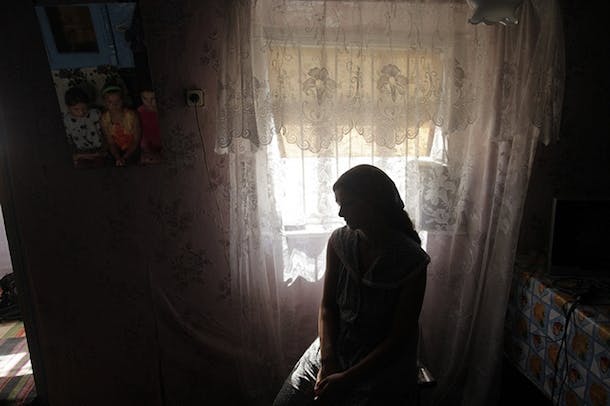 Today marks the fifth annual “Shine a Light on Slavery” day, which is dedicated to raising awareness about the more than 20 million victims of human trafficking around the world, most of whom are women and children.

Human trafficking knows no borders. The trafficking of persons is currently present in more than 165 countries around the world, including the United States. Given the startling figures on these horrific crimes, Congress and the United Nations are focused on ending human trafficking and modern day slavery.

On Capitol Hill, the Senate Foreign Relations Committee recently held a hearing led by Chairman Bob Corker (R-TN) and Ranking Member Ben Cardin (D-MD) titled, “Ending Modern Slavery: Building on Success.” In his opening remarks, Senator Corker stressed, “We are at a historic turning point in the global fight to end modern slavery thanks to the incredible efforts of so many committed individuals, faith-based groups, and aid organizations throughout the U.S. and around the world.” Senator Cardin also added “Congressional leadership has made this issue the priority of our nation and progress globally.”

This wasn’t the first time human trafficking had been in the spotlight in the Senate. Just last year, Congress overwhelmingly passed the End Modern Slavery Initiative Act, which was signed into law on December 8, 2016.

At the UN, 193 countries are working together to meet the Sustainable Development Goals. Three of the goals specifically include the elimination of human trafficking as part of their targets: Goals 5 (Gender Equality), 8 (Decent Work and Economic Growth), and 16 (Peace, Justice and Strong Institutions). Several UN agencies are also keenly focused on combating the trafficking of persons including the UN Office on Drugs and Crime (UNODC), the UN Children’s Fund (UNICEF), the UN Refugee Agency (UNHCR), and the International Labor Office (ILO). In addition, the UN has a dedicated fund to help rehabilitate victims of human trafficking.

If the world is to achieve the promise of the Sustainable Development Goals, then we must start by breaking the bondage of over 20 million enslaved women and men in our own communities and around the world. With both UN and U.S. leaders committed to eliminating the trafficking of persons, we can make progress on this essential human rights issue.