Community Engagement in Kenya to End Violence Against Girls and Women

Community Engagement in Kenya to End Violence Against Girls and Women 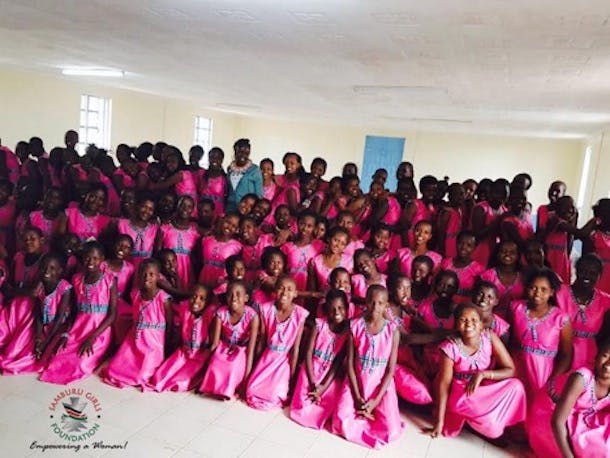 The Samburu is a Maa-speaking nomadic pastoralist community of Northern Kenya. The community, known for its bright-colored dress and intricate beads, boasts of rich culture, but still has some dark, deep-rooted, retrogressive cultural practices, which mostly oppress women and girls.

According to the Kenyan Demographic and Health Survey (KDHS) in 2014, 86% of Samburu girls have undergone female genital mutilation (FGM/C). Although conclusive research on the percentage of early marriages has not been done, it is not far from that figure, because girls are cut on the wedding day.

“Beading,” on the other hand, is unique to the community. This is a Samburu practice that allows a moran (initiated warrior) to have sexual relations with a girl from the same clan. However, they are not allowed to conceive – it is a taboo. If the girl gets pregnant, an abortion, and a generally unsafe one, is procured. If the pregnancy is detected late, it is allowed to progress to full-term and labor. However, the newborn child is then poisoned using tobacco, thrown away in the bush to be mauled by wild animals, or cast out of the society.

This continues even though several pieces of legislation are in place to protect children in Kenya, including the Children Act 2001, the Sexual Offences Act 2013, the Anti FGM Act 2011, the Marriage Act 2016, and the Constitution 2010, where Article 53 (1) of the Kenyan constitution protects children from abuse, neglect, and harmful traditional practices, and guarantees their education, among other outlined rights they should enjoy.

However, some of these harmful cultural practices are a source of pride to many in this community. FGM, for example, is a practice that marks the transition from girlhood to womanhood; child marriage brings wealth to the family. Children are a source of pride and a symbol of wealth for a Samburu man. Though a child under the age of 18 is protected from sexual abuse by the law, many young Samburu girls often have three children or more with a man triple their age. This is a cultural norm.

Morans feel entitled to girlfriends (beading). Men want cut girls to marry (FGM). Men want the dowry that comes with child marriage. This is due to an inclination to traditional beliefs. Changing that belief is critical to the eradication of these negative cultural practices. 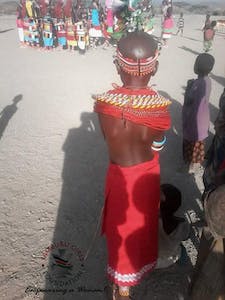 Samburu Girls Foundation has adapted a different approach. Since battling these practices exclusively through law enforcement often creates tension, a community-driven campaign fused with pro-bono lawyers, stakeholders, and law enforcement is slowly changing how the community views the girl child.

We hold under-the-tree community outreach sessions, which enable us to engage the different cohorts of people in the community, which include women, men, morans, and the girls. These one-on-one meetings within the communities have been very effective in raising awareness, and now more people are aware of child rights than just a few years ago. We rescue girls at risk of the three issues and who are reported to us, and bring them to the rescue center, where we offer counselling and fulfill basic needs.

We enroll all our rescued girls in schools and eventually reconcile them with their families, so they can become change agents in their societies. In the last five years, the Samburu Girls Foundation has been able to rescue more than 1,000 girls from the three harmful cultural practices and provide an education to 316 girls at different levels. One beneficiary is a nurse working in Nairobi; 15 of these girls are in tertiary educational institutions; 140 of these girls are in high school; and 160 are pursuing their primary education.

The campaign on ending violence against women and girls needs concerted efforts from stakeholders across the borders. The real work is at the grassroot level, where it mostly happens, and I believe that is where most of the resources should be focused if we are to end violence against girls and women.