Coming Together to End Violence Against Girls and Women

Coming Together to End Violence Against Girls and Women 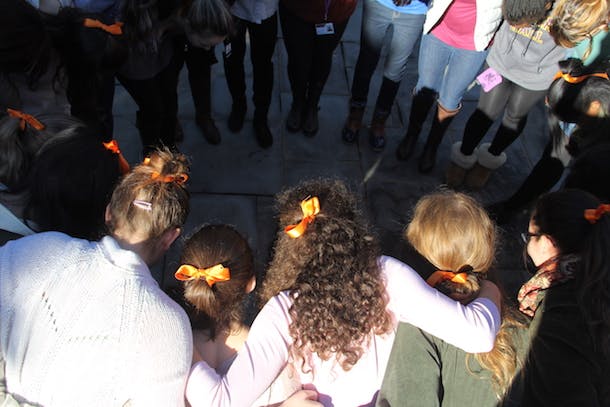 Editor’s Note: This guest post by 2015-2016 Girl Up Teen Advisor Imani Brooks originally appeared on the Girl Up website.

Violence against women is a tragic global pandemic that no one likes to talk about.

But today, on the International Day for the Elimination of Violence against Women, it’s important we come together to recognize the facts and the all-too real reality that girls and women face around the world.

These are the facts:

Society has supported communities that disregard the severity of physical, sexual, and psychological violence. The safety of girls and women is essential, but poverty and lack of education makes it more difficult to secure safe living environments. The fear of living in poverty keeps women trapped in abusive relationships.

Another economic aspect of the cycle is that violence against women lowers economic productivity, drains public services of resources, and reduces capital. Reports from UN Women link levels of education – secondary and higher levels – to ensuring safety for women and girls. Education is a powerful tool because it leads to empowerment, increased income-earning potential, mental health, and better decision-making. By educating a community about the long–term impact of violence against girls and women, the statistics will drop and fewer girls will have to live in fear. Education is just that powerful.

It goes without saying that women’s safety and health are closely related. Some far reaching consequences are physical and psychological trauma, disability, Sexually Transmitted Diseases, HIV/AIDs, and long-term health problems. For health reasons alone, violence against women has to stop.

So, those are the facts about violence against women. And it should enrage you – and push you to want to take action. It is a BIG problem and it is up to us, you and me, to use our voices to speak up for those silenced by violence and to prevent violence before it happens.

How? From the International Day for the Elimination of Violence Against Women on November 25 through 10 December, Human Rights Day, the 16 Days of Activism against Gender-Based Violence aims to raise public awareness and mobilize to end violence against women and girls worldwide. This year, the UN Secretary-General’s UNiTE to End Violence against Women campaign invites you to #orangetheworld in #16days, using the color designated by the UNiTE campaign to symbolize a brighter future without violence. 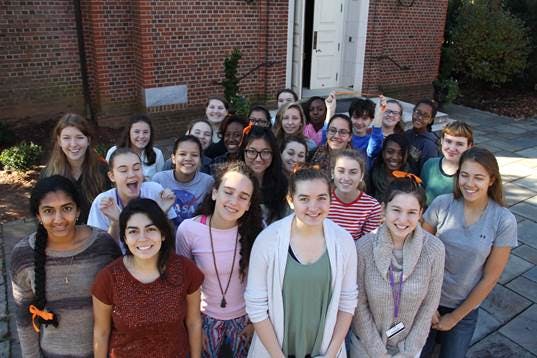 Girl Up clubs around the world have mobilized to show their support for the victims of violence. At Chatham Hall in Virginia – my club! – club members were challenged by their president to show orange and stand up against violence against women. In honor of International Day of Elimination of Violence Against Women, the Chatham Hall Girl Up club wore orange ribbons throughout the day and made announcements to remind their community that there are victimized girls struggling to get their education because of targeted violence in their community.

At Steinert High School, Njeri Jenkins, club president, inspired her whole school to get behind the UN holiday. Her club raised over $200 through a bake sale, had students and teachers sign a banner as a pledge against violence, and passed out orange ribbons to those who signed the banner.

Violence against women is an atrocity that Girl Up members care deeply about. They understand how violence can undermine all progress to ensuring human rights for girls. I challenge you to find orange, #orangeyourworld, and stand up for the elimination and prevention of violence against girls and women.

At the end of the day, it is all of our responsibility to stop the violence – and as girls, we have an important role to play in mobilizing and educating our communities about this issue. Our action, our voices are critical steps in changing the mindset of society. We can help be a part of ending violence against girls and women. Together, we can ensure a future no longer plagued by targeted violence.