Beyond #MeToo: Now What?

Beyond #MeToo: Now What? 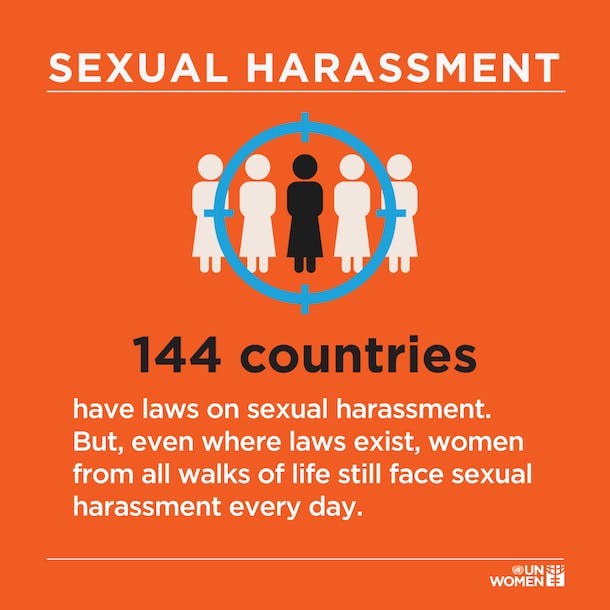 By Lyric Thompson, Director of Policy and Advocacy, International Center for Research on Women

When I witnessed the first #MeToo postings on my social media accounts, I have to admit it: I was irritated.

Irritated at the prospect of another #Hashtag campaign that wouldn’t actually change the status quo. Outraged on behalf of survivors who would be expected to dredge up painful testimonies of discrimination or outright violence, with no assurance of quantifiable change, no accountability for past wrongs, no hope for future rights.

Yet I felt weirdly compelled to participate. How could I not join in? These are the issues I get out of bed for each day, advocating for women’s rights here in Washington, with the privilege of doing so for an institution that literally wrote the book on women’s experience of violence and harassment globally.

But I was incorrect in assuming the #MeToo moment would achieve nothing. It has shined a light on misogyny in the workplace among some of the nation’s most elite institutions in Hollywood, the media, and even here in Washington.

This should not escape our notice as we contemplate how to make the most of the #MeToo moment. These are institutions that employ leading experts in public relations, brand management, and crisis communications. Those are going to be the very people who council the public apology, recommend the public firing, and calculate that the best chance for the institutional brand to survive (be that for the network, the studio, or the party) is to let heads roll.

But where does that leave survivors whose pain was inflicted not in spotlight? What of the campus date rape, the library exhibition, and the bedroom attack? In other words, what of most women?

This is where America can take lessons from other countries.

Through its foreign assistance, the United States has been a quiet leader in funding programs to defuse discriminatory attitudes, to promote positive gender norms, and to transform harmful attitudes and behaviors that promote violence against women, force girls and women into marriage and mutilation, and enable the oppression of women, girls, and gender minorities the world over.

It’s time for us to take some lessons from that work to promote understanding and end violence against women abroad right here at home. International Center for Research on Women (ICRW) experts have evaluated many of these efforts and learned a few things over the years that can guide our efforts as we navigate the choppy waters of the #MeToo moment:

1. Sexual violence isn’t born; it’s learned.
It’s not about class, race, or culture. It’s about witnessing or experiencing violence – internalizing it, normalizing it, and then perpetrating it because it has been learned first- or second-hand.

2. It starts young.
Boys’ and girls’ attitudes about what’s appropriate for boys and girls – including when violence is justified – are developed early in life. That’s where it’s also easiest to intervene; children can more quickly and completely un-learn violence, prejudice, and discrimination. And schools are a great place to teach that at scale.

3. Violence is preventable.
Great news! We don’t have to wait until after violence has happened to deal with it – there are proven solutions that can prevent it from ever happening in the first place.

4. Men matter.
If there’s one worry I still have about the #MeToo moment, it’s the undercurrent of unspoken fear by men who feel they are being cast only as the villains and that they have no role in the solution.

Quite the contrary: study after study shows the power of engaging men and boys as allies in the effort to end gender-based violence, as well as the benefit to men and women alike from positive masculinities that dismantle antiquated notions that men must only be “strong” or “brave,” the sole providers of the family. These notions of masculinity not only reinforce stereotypes of female passivity and vulnerability, they also impose immense pressure on men to be the superheroes of the home and economy, creating tremendous stress at the prospect of failure. Men should be able to care to cry, to work, and to rest. And so should women – gender equality is not a zero-sum game.

As I survey the daily churn of headlines coming out of the #MeToo moment, I confess there’s a constant anxiety that we won’t fully capitalize on the opportunity that has emerged – thanks in great part to the brave efforts of survivors who have come forward, and activists who have organized to end violence for many years before now – an anxiousness that is shared by many of my colleagues in this sector. But to quote another leader who has used the bully pulpit to advance efforts to end gender-based violence, “It’s on us.”

And thankfully, we know just what to do.