Americans in the UN: A Pennsylvanian Gets Behind the Goals of the UN

Americans in the UN: A Pennsylvanian Gets Behind the Goals of the UN

Americans in the UN U.S.-UN relations 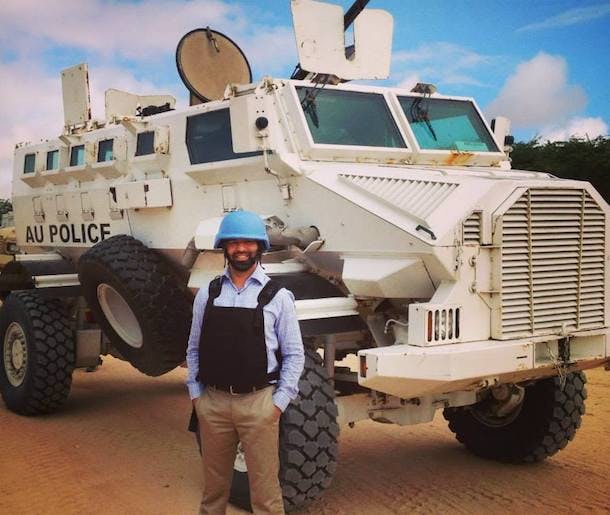 As part of our “Americans in the UN” project to share the stories of Americans who work for the United Nations, we talked to Brenden Varma, who was born in Harrisburg, Pennsylvania and has worked for the United Nations since 2002. He currently works as the Spokesperson for the President of the UN General Assembly.

Varma’s previous service in the UN includes working as the Spokesperson and Head of Public Information at the UN Interim Administration Mission in Kosovo, where he helped highlight the plight of Roma refugees through radio programs, in addition to other work. He helped launch the UN Assistance Mission in Somalia, which supports the country’s federal government in areas including human rights and governance. He has also served in the Department of Political Affairs, the Office of the Spokesperson for the Secretary-General, the UN Office for the Coordination of Humanitarian Affairs, and the Office of the UN Special Coordinator for the Middle East Peace Process in Jerusalem.

Brenden Varma: When I was working for the UN in Kosovo, one of my colleagues left to join a major corporation. But he quickly got disillusioned because the company’s only goal was to make money. I know the UN is not a perfect organization – because it’s made up of people, and people are not perfect. But the overall goals of the UN, like defending human rights, empowering women, and protecting the most vulnerable, are ones that I can get behind. And every night, I can go to bed knowing that I work for an organization that I believe in.

BV: When I was in fifth grade in central Pennsylvania, we used to get a magazine called “Junior Scholastic.” One issue featured the UN on its cover. But the countries were represented by different animals. The US was a bald eagle. India was a tiger. The USSR was a big bear. The UN looked like a fantastic place, where animals that would normally fight each other actually worked together.

Three decades later, I still keep that magazine cover on my desk. If I ever feel frustrated at work, I look at it and remember why I wanted to join the UN in the first place and what the organization means to the world.

What is a memorable experience?

BV: One of my most memorable experiences was traveling to Antarctica with former Secretary-General Ban Ki-moon in 2007. We took journalists with us because our goal was to highlight how climate change was leading to glaciers melting, which was bad for our planet. I like to think that we helped draw attention to a worrying phenomenon and made people realize that climate change couldn’t be tackled by just one country alone, but required a global response. 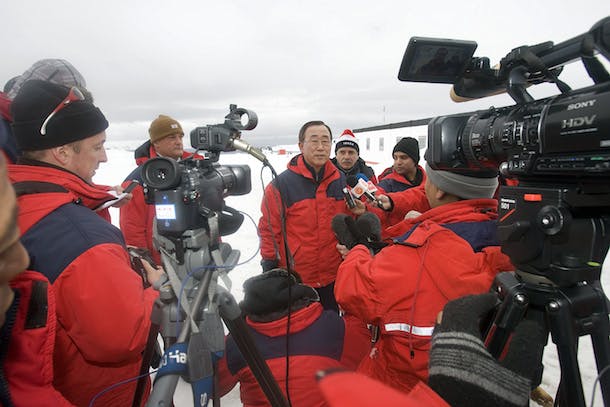 Anything else to add?

BV: In the UN’s Department of Political Affairs, I used to help organize international meetings that would bring Israelis and Palestinians together. I know the gatherings didn’t bring permanent peace to the Middle East. But for one day, you had people with vastly different outlooks coming together, engaging in dialogue and seeing each other as fellow human beings. I was happy to be a part of that.

JOIN US: “Are you an American interested in supporting the UN? Sign up for updates from our sister organization, the Better World Campaign, for opportunities to take action.”