As part of our “Americans in the UN” project to share the stories of Americans who work for the United Nations, we talked to U.S. Lieutenant Colonel Paul Snyder, who currently serves as a military liaison officer for the Africa division at the Department of Peacekeeping operations.

Lieutenant Colonel Snyder has served in the U.S. military for 21 years and has deployed to Iraq, Afghanistan, and most recently to Mali with the UN.

Originally from Oconomowoc, Wisconsin, he earned a Bachelor’s degree in History from the University of Wisconsin.

What are the sacrifices made by UN peacekeepers in the line of service?

Paul Snyder: The sacrifices for UN peacekeepers in the line of service are large and they’re many. It’s a very complex and dangerous environment to work in. You’re constantly under threat, and attacks on UN bases are a regular occurrence.

One of the things that you quickly learn is that the U.S. media doesn’t closely cover these missions, which leaves your family back home scrambling for information on what is happening. It may be a while before you can contact them, so it causes additional stress on yourself, your family members, and everyone involved. Every peacekeeper deals with this to a varying extent.

What would your message be to U.S. service members who may be considering serving in the UN Peacekeeping?

PS: My message to service members that are thinking about serving in this role: It’s a tremendous opportunity.

Serving in a peacekeeping mission is very complex and a challenge. If you’ve been successful in the field, you would be expanding to a completely different level, working alongside other countries. Even if you’ve worked for NATO or for some of our allies, this is a challenge that you’ll never see anywhere else.

It’s extremely important for the success of the United States that we continue to support UN Peacekeeping.

What do Americans need to know about the importance of the UN and UN Peacekeeping?

PS: Americans need to know that there’s only one multinational organization like the United Nations that pulls together 193 countries to conduct peace operations like these. Additionally, 160 countries directly contribute troops to UN peacekeeping missions.

In austere areas where there’s conflict, UN peacekeepers come in and provide a ray of hope for people.

There are also millions of Americans working overseas, doing good work, and peacekeepers are there to protect them as well as our interests. 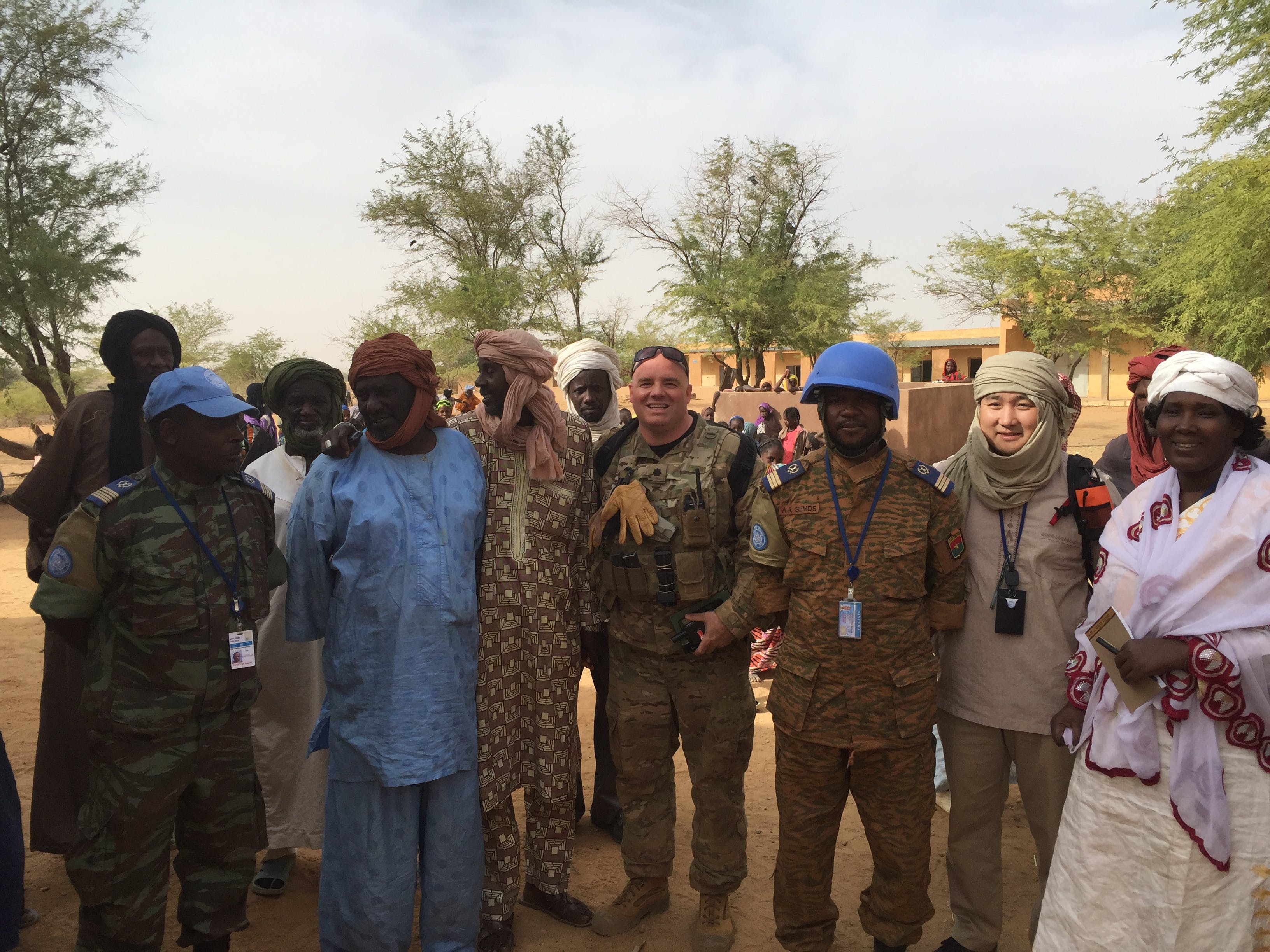 What made you want to work for the United Nations?

PS: The UN is a very complex and tough assignment. It’s multinational; it’s something you don’t get in the U.S. You get to work with member states and other cultures, and it’s a challenge beyond any other.

Peacekeepers have to come to consensus. You have to work in an environment that’s usually very austere, and you have constant threats of people that are trying to break up the peacekeeping environment and the peace operations that are going on within the nation.

What is your favorite part of your job?

PS: My favorite part of the job is working with such a diverse group of dedicated professionals.  Peacekeeping involves all aspects of nation building from politics, governance, development, human rights, and security. Bringing professionals together from different countries with various backgrounds and experiences challenges my preconceived notions and opinions which has allowed me to grow tremendously as an individual, a peacekeeper, and an American.

Editor’s note: This post has been lightly edited for length and clarity.

Americans in the UN UN Reform and Innovation

Americans in the UN: From the U.S. National Security Council to the World’s Center for Cooperation on Nuclear Technology

Americans in the UN Humanitarian Response UN Reform and Innovation

Americans in the UN: A Former Refugee and Texan Gives Back