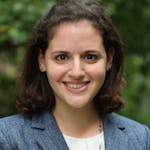 2021 is a pivotal year for global action on the climate crisis. Heat waves, rising seas, and more severe storms are battering every region of the world. It is against this backdrop that the Nobel Prize-winning Intergovernmental Panel on Climate Change (IPCC) is compiling and assessing the most recent climate change science for its next report. This report will help all of us — from policymakers to civil society to the private sector — understand how rising temperatures, extreme weather, and other impacts are fueled by climate change, and what we can still do about it.

As we approach the UN Climate Change Conference (COP26), which takes place in Glasgow in November, countries are expected to come forward with ambitious new climate plans to rapidly reduce global emissions in line with the Paris Agreement’s goal of limiting global temperature increase to well below 2 degrees Celsius, while pursuing efforts to limit the increase to 1.5 degrees.

In the lead-up to this pivotal moment, the IPCC will release a new report on the state of the global climate. This science will inform both broad public understanding of the risks we face as well as the decisions that policymakers and elected officials need to make to save our planet. The IPCC’s 2018 Special Report on Global Warming of 1.5°C illustrated the vast difference between impacts of 1.5°C and 2°C of warming and is credited for helping to push policymakers to embrace the more ambitious goal of limiting warming to 1.5°C. By influencing global ambition, the 1.5°C report demonstrated the power of the IPCC to permanently shift the global climate conversation through science.

The IPCC presents the scientific foundation upon which international climate change negotiations and action are based. Ahead of one of the most anticipated report series in its history, here’s what you should know about the world’s leading authority on climate science and what to expect from its upcoming assessment.

1. What is the IPCC and what does it do?

The IPCC is the United Nations’ climate science body. It was created in 1988 by the World Meteorological Organization (WMO) and the United Nations Environment Programme (UNEP) in response to growing awareness of increasing greenhouse gas concentrations in the atmosphere, and with the purpose of providing governments with scientific information and regular assessments they could use to inform their climate policies. IPCC reports also play a significant role in international climate change negotiations and climate conferences. Some 195 country governments are members of the IPCC.

The IPCC does not produce any original research. Rather, it assesses published, peer-reviewed scientific literature and presents a complete picture of climate change based on this work. IPCC reports contain tens of thousands of citations, involve hundreds of experts, and are ratified by all 195 member governments, making them the ultimate authority on climate science while representing a unique global consensus on climate change.

IPCC reports are produced by over 1,000 scientists, experts, and reviewers from all over the world who volunteer their time to contribute their expertise and research. IPCC authors are nominated by their governments to participate in the IPCC process as the main authors of IPCC reports, and hundreds of additional experts serve as contributing reviewers.

IPCC reports undergo an extensive editing and publication process, including review by hundreds of experts who ensure the reports are transparent and comprehensive and that they reflect a range of views. Authors also produce a condensed “Summary for Policymakers” for each IPCC report. These summaries are negotiated and formally adopted by government representatives at IPCC plenary conferences.

The IPCC operates through multiyear assessment cycles; it is currently in the midst of the sixth assessment report. Assessment cycles consist of multiple reports, with a core of three reports produced by the IPCC’s three working groups:

3. What will be in the Working Group I report on climate science?

The Working Group I report will present an updated assessment of the physical science underpinning climate change. It will use the latest advances in climate science and a variety of scientific inputs (including theory, modeling, and observations) to address wide-ranging topics — from greenhouse gases to temperature change to extreme weather.

The report will draw on the most recent science to present a better understanding of climate change. For instance, it will reflect improvements in attributing extreme weather to human influence and will help the world better anticipate the timeline of when the climate system could react to mitigation actions. The report will also include a greater focus on regional information that can be used for climate risk assessments, including a new Interactive Atlas where datasets will be available for download.

4. Why is this report important?

The Working Group I report on science will launch as the world plans the next decade of climate action. It will come just three months before world leaders gather in Glasgow for COP 26 and will inform the deliberations that will take place there — including on enhancing mitigation ambition, climate finance, and loss and damage. COP 27 and 28, in 2022 and 2023, respectively, will also benefit from the information in the remaining two reports in this cycle, which will cover impacts, adaptation, and solutions. In each case, the report findings will provide the scientific foundation on which negotiations will be based. Critically, this assessment cycle as a whole will be one of the main inputs for the Global Stocktake, the process by which global progress toward meeting the goals of the 2015 Paris Agreement will be assessed.

“Much as IPCC’s Special Report on 1.5°C of Global Warming raised the bar on global climate ambition by exposing the costs of breaching that temperature threshold, this upcoming report should serve as a catalyst for countries to act swiftly by demonstrating the severity of current impacts and the opportunity to solve the climate crisis — but only if we act now.” – Pete Ogden, Vice President for Energy, Climate, and the Environment, UN Foundation

The Working Group I report will be released on Aug. 9, and there are several ways you can learn more and engage.

For more information, including to request a briefing on the IPCC, please contact Alix Kashdan, UNF Senior Manager for Climate & Environment, at akashdan@unfoundation.org. 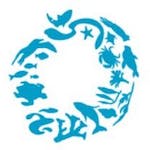