A Year of Ebola: Lessons Learned, Progress Made, and Aspirations for the Year to Come

A Year of Ebola: Lessons Learned, Progress Made, and Aspirations for the Year to Come 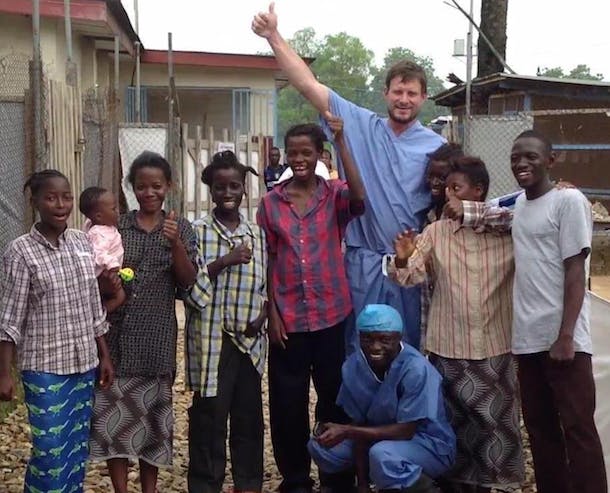 One year ago, the word “Ebola” barely registered with many people around the world. Previous outbreaks of this deadly disease had never spread far enough or fast enough to draw the world’s attention.

What a difference a year makes.

Since the World Health Organization first reported the outbreak on March 23, 2014, the world has become intimately familiar with the devastation caused in West Africa by an Ebola epidemic of never-before-seen proportions. The outbreak has led to nearly 25,000 cases and more than 10,000 deaths, most of those occurring in Guinea, Liberia, and Sierra Leone. The scale and scope of this outbreak has been unprecedented in the history of the disease, and at this time we remember the lives lost – from frontline health workers, to mothers and fathers, to children.

The past year of battling Ebola has exposed troubling weaknesses, both in the health systems of the affected countries and in the international community’s ability to respond to health crises of this nature. But it has also been a year that has clearly shown us the power and potential of a coordinated, global response. As United Nations Secretary-General Ban Ki-Moon said in his address to the UN General Assembly last fall, “As the disease spreads, a truth becomes clear: None of us is insulated from the threat of Ebola; all of us must be part of the response.”

Following those remarks and the creation of the UN Mission for Ebola Emergency Response (UNMEER), the UN – with agencies such as WHO at the forefront – has led a global coalition of partners to work together with local partners and frontline health workers make enormous progress on combatting this terrible epidemic. UN staff and volunteers have included health workers, epidemiologists, contact tracers, safe burial team members, logistics experts, communications specialists, social mobilization experts, and more. Without these brave, selfless workers, the UN and its partners would never have been able to achieve the progress made to date on halting the spread of Ebola.

At the height of the outbreak, more than 800 new cases of Ebola were being reported on a weekly basis. In recent weeks, however, that number has fallen to around 150 new cases. Liberia – the country that has seen more Ebola deaths than any other – has reported only one new case of Ebola in the last three weeks. We cannot claim victory over Ebola, and the situation remains tenuous. But we should also recognize how far we have come, thanks to the tireless work of local, everyday heroes in the affected countries, the UN’s leadership, the dedication of its partners, and the unwavering commitment of responders from around the world.

As we look back on this year, the words of George Santayana, the philosopher and essayist, seem particularly relevant: “Those who do not remember the past are condemned to repeat it.” Ebola has taught us difficult and sometimes painful lessons about the unpredictable nature of diseases and the need for emergency preparedness. We would be wise to remember those lessons as we enter the second year of the Ebola outbreak.

The fight against Ebola is not over, nor will it be until we reach the ultimate goal – zero cases. We need sustained commitment and sufficient resources to end this outbreak, particularly before the rainy season begins in West Africa and response efforts become even more challenging. We must also look beyond the immediate response to the recovery, both in economic terms and in terms of strengthening the health systems of these countries so they never again have to face this scourge at this scale. Urgently, we must resume routine health services, such as immunization activities, as soon as possible to avoid further public emergencies like outbreaks of measles or other preventable diseases.

This last year has been extremely challenging, yet we saw local and global communities come together to make important progress amid extraordinary challenges. In the coming year, we have every reason to believe that the continued efforts of this coalition of partners, including the UN, will make even greater strides to get us to zero cases of Ebola. At the same time, we will position the world for a swifter, more effective response the next time a public health emergency of this proportion hits.