A Valentine’s Day Message About the Planet

A Valentine’s Day Message About the Planet 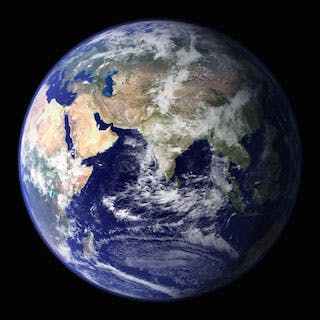 Valentine’s Day is about showing that you care. With news earlier this month from the United Nations World Meteorological Organization that 2014 was the “hottest year on record,” that “14 of the 15 hottest years recorded have all been in the 21st century,” and that climate change is expected to continue, it’s clear we need to do more to show the planet we care.

Recently, the Intergovernmental Panel on Climate Change – made up of leading scientists – released reports showing with more certainty than ever that climate change is real, it’s caused by human activities, and it’s already impacting us.

The good news is that we have clean energy solutions that can protect the planet and create economic opportunities – but we need the collective will to take strong action.

Perhaps a more poignant message on why we need to act comes from scientist Carl Sagan, who wrote the following about a picture of Earth taken from space:

“Look again at that dot. That’s here. That’s home. That’s us. On it everyone you love, everyone you know, everyone you ever heard of, every human being who ever was, lived out their lives. The aggregate of our joy and suffering, thousands of confident religions, ideologies, and economic doctrines, every hunter and forager, every hero and coward, every creator and destroyer of civilization, every king and peasant, every young couple in love, every mother and father, hopeful child, inventor and explorer, every teacher of morals, every corrupt politician, every ‘superstar,’ every ‘supreme leader,’ every saint and sinner in the history of our species lived there-on a mote of dust suspended in a sunbeam.

“The Earth is the only world known so far to harbor life. There is nowhere else, at least in the near future, to which our species could migrate. Visit, yes. Settle, not yet. Like it or not, for the moment the Earth is where we make our stand.

“It has been said that astronomy is a humbling and character-building experience. There is perhaps no better demonstration of the folly of human conceits than this distant image of our tiny world. To me, it underscores our responsibility to deal more kindly with one another, and to preserve and cherish the pale blue dot, the only home we’ve ever known.”

TAKE ACTION: This year, world leaders are working with the United Nations on an agreement to address climate change. For Valentine’s Day, show you care about the planet and want an ambitious agreement on climate change.

Tweet this: For #ValentinesDay, let’s show the planet we care. We need #climateaction in 2015. #action2015