A Different Road to Rio

A Different Road to Rio

Every athlete competing in the Olympics this week followed a different road to Rio. But after a journey like no other, Yiech Pur Biel is making history as he runs for Olympic gold.

As a child, Yiech fled civil war in South Sudan and traveled thousands of miles to the Kakuma Refugee Camp in northern Kenya, one of the largest refugee settlements in the world. Playing sports there helped him rediscover a sense of belonging – and, as an adult, recognize his raw talent as a middle-distance runner, even without shoes.

Today, his skills are carrying him to Rio, where he’ll compete with the first-ever Refugee Olympic Team: 10 elite global athletes backed by the United Nations Refugee Agency (UNHCR) and the International Olympic Committee.

Get to know Yiech and the other 9 extraordinary refugees competing at the Olympics: 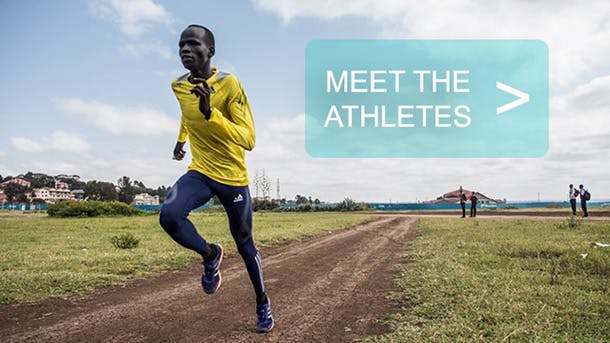 #TeamRefugees is making Olympic history at a time when more people than ever – over 65 million – have been forced to leave their homes to escape conflict and persecution. For Yiech and his teammates, representing refugees on the world stage is about more than going for gold – it’s also about drawing attention to the magnitude of this global crisis and to the resilience and hope of refugees.

Stand with #TeamRefugees by learning about their inspiring stories and spreading them during this month’s Olympic Games.

Next month’s opening of the UN General Assembly is an opportunity to step up global efforts for refugees. Let’s salute the courage of these athletes by helping build support for action now.

Add your name to the #WithRefugees petition to let world leaders know that you want greater action to support refugees worldwide.