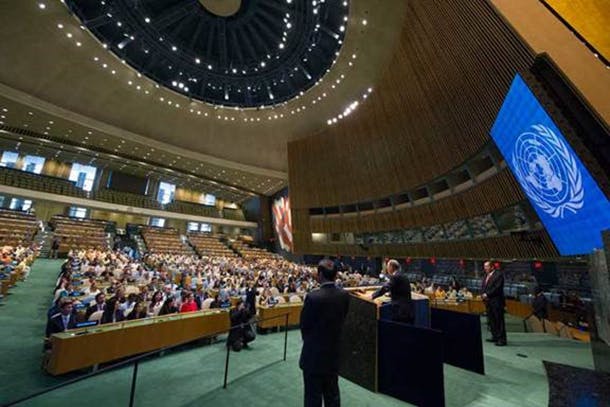 In just a few weeks, the world will come to New York for the opening of the next session of the UN General Assembly – what is often called “UN General Assembly week.” During this time, which takes place every September, the UN will convene leaders from heads of state to heads of companies to advance solutions to today’s global problems.

As head of the UN Foundation’s New York office, this occasion is a reminder of both the important challenges that need global action and of the vital role that the UN plays as the forum for international partnership.

As we approach the opening and general debate of the 71st session of the UN General Assembly, here are nine key issues to follow.

1. Standing with refugees and migrants: According to the UN, we are facing the biggest refugee and migrant crisis of our time, and the international community must step up its efforts to more effectively respond. During the UN General Assembly, world leaders will gather at two high-level events to find ways to make progress on this crisis so no one is left behind. On September 19, the UN’s High-level Meeting on Refugees and Migrants will bring countries together to coordinate a more humane approach. On September 20, U.S. President Barack Obama, alongside other six countries, will host the Leaders’ Summit on Refugees in an effort to encourage new commitments to support refugees.

How to engage: Tune into the live webcast of the events at webtv.un.org, and join the online conversation around the UN’s summit with the hashtag #UN4RefugeesMigrants.

2. Acting on climate change: Last year, world leaders reached the historic Paris Agreement on climate change, and now the effort to address this global threat continues at the UN General Assembly. Reaching the agreement in Paris was an important milestone; but the next step is for countries to formally join on to the agreement and for the agreement to enter into force. On September 21, UN Secretary-General Ban Ki-moon will bring together world leaders for an event to demonstrate progress and build momentum for the Paris Agreement to enter into force this year.

How to engage: More details on the event can be found here, and to learn more about the Paris Agreement on climate change, read our blog post.

3. Making progress on the Sustainable Development Goals: This year’s UN General Assembly will mark one year since the adoption of the Sustainable Development Goals, the world’s agenda to end extreme poverty, fight inequality, and protect the planet. Throughout the opening of the General Assembly and at events surrounding it, leaders from across sectors will share ideas and discuss what needs to be done to achieve the promise of the goals to leave no one behind and create a world of dignity and opportunity for all. 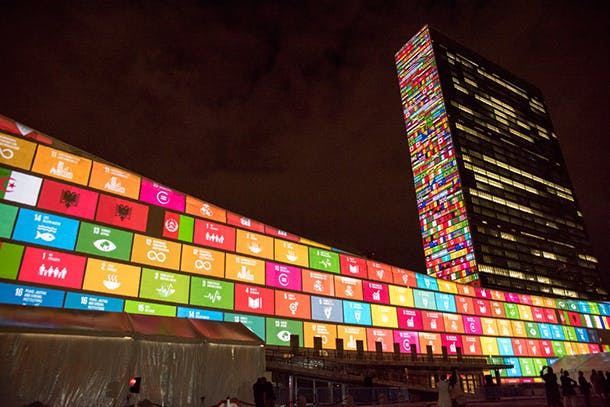 4.Strengthening global health: Today’s health challenges don’t stop at borders, which is why global cooperation is more important than ever. On September 21, the President of the UN General Assembly will convene a high-level meeting on Antimicrobial Resistance to increase awareness of this important public health challenge, garner political commitment, and discuss the need for coordination among sectors.

Additionally, partners of the Every Woman Every Child movement launched by UN Secretary-General Ban Ki-moon will host several events to strengthen the health of women, children, and adolescents, including in humanitarian settings.

How to engage: For more information on the meeting on antimicrobial resistance, click here. Follow @UnfEWEC to join the Every Woman Every Child discussions.

5. Advancing gender equality: We will not achieve gender equality without data equality. Data drives decisions around the world, but most data about girls and women is incomplete or missing altogether, which inhibits our ability to design policies for a world where girls and women can thrive. During the General Assembly, Data2X will elevate the issue on the global agenda as a co-host with UN Women, the Bill & Melinda Gates Foundation, and the Government of Australia at the launch of UN Women’s “Making Every Woman and Girl Count” initiative on gender statistics.

Additionally, to help expand economic opportunities for women, the Secretary-General’s High-Level Panel for Women’s Economic Empowerment will present a report with recommendations on how accelerate progress for women as part of the Sustainable Development Goals.

How to engage: Follow @Data2X and #GenderData on Twitter for announcements on gender data during the UN General Assembly. Follow @UN_Women to learn more about women’s economic empowerment.

6.Harnessing innovation for sustainable development: To leverage creative ideas and innovations to solve global problems, the UN Foundation and partners are hosting two events. The Social Good Summit will take place September 18-19 to open the conversations at the UN General Assembly to the world and to discuss how innovation and technology can help solve global challenges. The summit will feature U.S. Vice President Joe Biden, UN agency heads, and leading change makers.

Then on September 21, the UN Foundation and partners will host the second annual Solutions Summit to highlight exceptional innovators who are developing solutions to address the Sustainable Development Goals. The summit also aims to connect these innovators with resources to move solutions forward.

8. Investing in peace: Peace and security issues will be discussed throughout the UN General Assembly. This will include a pledging conference on September 21 for the Secretary-General’s Peacebuilding Fund, which is “the UN system’s financing tool of first resort to help sustain peace in fragile nations.” As the UN notes, “Focus must not only be given to preventing the recurrence of violent conflict, but to preventing conflict from breaking out in the first place, by investing in sustaining peace.”

How to engage: Follow @UNPeacebuilding and visit pbfpledgingconference.org/ for more information on the peacebuilding conference.

How to engage: Learn more about the UN Private Sector Forum here.

All of these important issues are linked, and we can’t achieve one without addressing the others. The UN General Assembly will be an opportunity for cooperation and action on the connected issues that matter to us all and to the future. Follow the UN and UN Foundation for the latest news and for ways you can help.