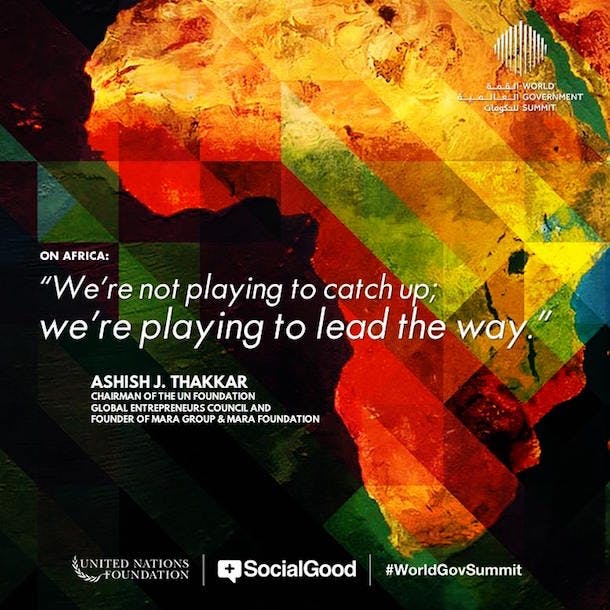 It’s a complicated time for the world, and it seems like we move from crisis to crisis. In this context, it can be hard to catch your breath – yet it’s important to take a moment to have a thoughtful discussion on how we can best address humanity’s greatest challenges.

I’m grateful to the UAE for the opportunity to do that at the 2017 World Government Summit, which has brought together thousands of leading experts from the public and private sectors to share ideas on how technology and innovation can help governments build a better future for their citizens.

So far in the discussion, which runs through February 14, we have heard from government leaders, professors, entrepreneurs, and other thought leaders. Here are eight key quotes that are helping drive the conversation.

The impactful discussion will continue in the coming days, and you can watch at https://www.facebook.com/WorldGovSummit. Join the conversation with the hashtag #WorldGovSummit!

Together, let’s expand our thinking from the short-term so we can deliver change in the long-term.