7 Ways to Invest in Our Planet

7 Ways to Invest in Our Planet 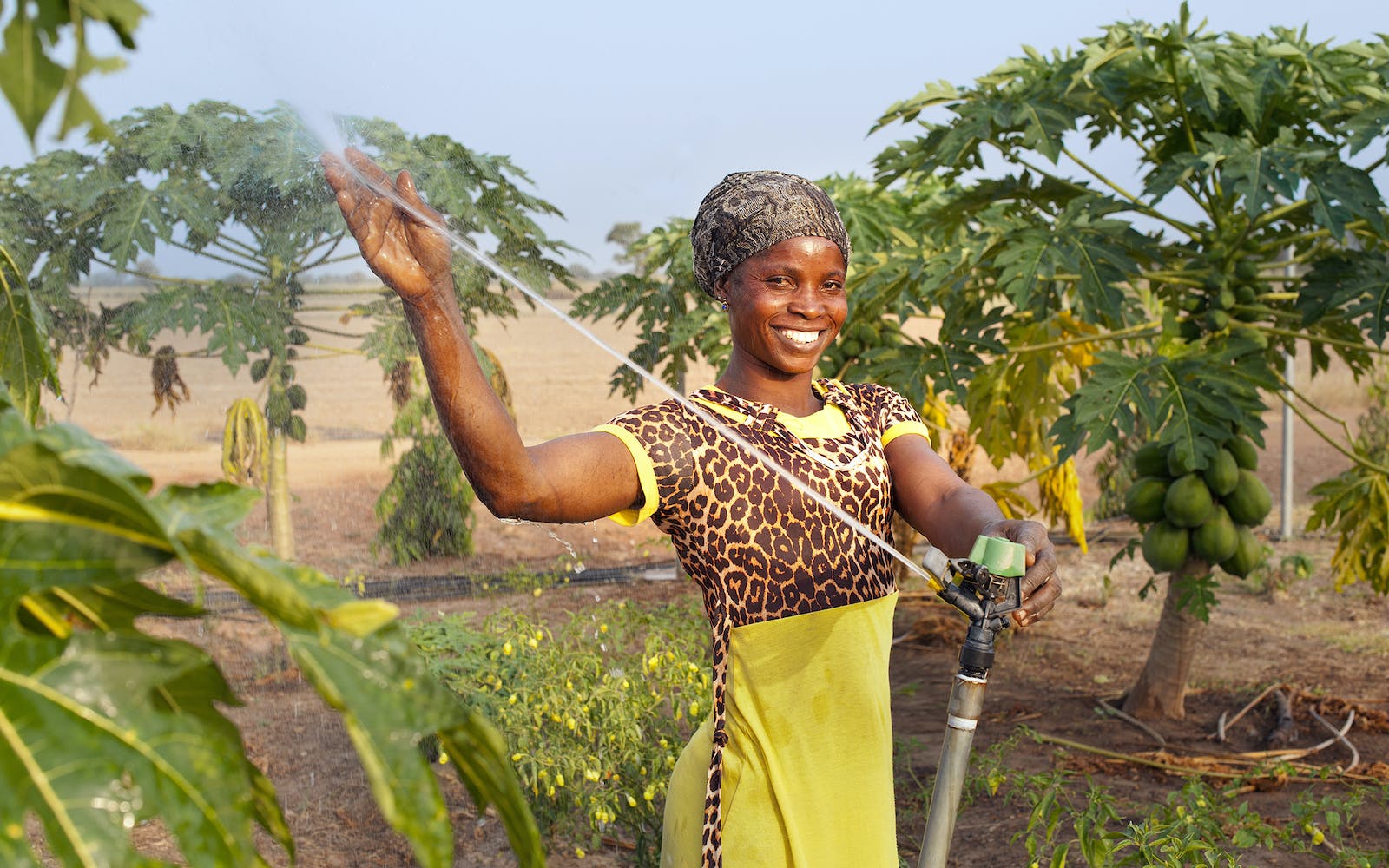 This Earth Day, the world is uniting behind the theme of “Invest in Our Planet.”

From country leaders to CEOs to everyday citizens, we must devote far more resources — financial, political, and social — toward a more sustainable way of living if we want to protect the environment. This means transforming how we grow our food, power our lives, transport our goods and ourselves, and much more.

The good news is that solutions to climate change already exist. It’s simply a matter of investing in them.

Below are seven ways to preserve our planet for generations to come.

1. Invest in renewables and energy efficiency.

Most of the energy we use is currently generated by fossil fuels, producing roughly 60% of greenhouse gas (GHG) emissions. In addition to contributing to planet-warming emissions, burning fossil fuels causes air pollution that can be damaging for both people and the planet. Using carbon-intensive energy sources to cook food, for example, doesn’t just harm the environment; millions of people die each year as a result of toxic smoke inhalation.

Like the energy sector, today’s transportation is almost entirely dependent on fossil fuels, producing one-fourth of the world’s GHG emissions. This includes cargo ships, which run on one of the planet’s dirtiest fuels and account for 80% of global trade. In fact, if the shipping industry were its own country, it would be the sixth-largest emitter of carbon dioxide in the world.

From electric vehicles to zero-emissions shipping to green hydrogen as an alternative fuel, clean transportation can not only reduce pollution and improve air quality, it can also enhance access to education, health care, and economic opportunity by providing more sustainable, accessible ways for people to get to and from schools, hospitals, and jobs.

3. Invest in food and agriculture innovation.

The agricultural sector is one of the biggest contributors to GHG emissions, behind only transportation and energy. Industrialized agriculture and factory farms — with their reliance on chemical fertilizers and pesticides, and massive methane output — wreak havoc on the planet’s land, air, and water, contributing to both environmental degradation and climate change. According to the UN Environment Programme (UNEP), 80% of the planet’s agricultural land is used to produce livestock feed. Conversely, climate change poses an enormous threat to global food production. Extreme and unpredictable weather is making farming more difficult, forcing people to clear more land and use more chemicals to grow food — a vicious cycle that further degrades the planet. Climate change is also driving fish species further from fishers, potentially disrupting the livelihoods and food security of millions.

Yet agriculture and food production also hold promising solutions to climate change. No-till farming, for example, minimizes the use of conventional plowing and harnesses the soil’s natural ability to store carbon. Solar-powered irrigation, hydroponic — or soilless — growing, and meat alternatives are other innovations that could transform how we grow our food and lead to a more sustainable way of managing our land and water. Eating a more aquatic diet, particularly of seaweed and shellfish, can also reduce our carbon footprint.

4. Invest in nature-based solutions — including the ocean.

Technological innovation isn’t the only way to save the planet. The immense restorative power of nature itself is one of the most cost-effective ways to tackle climate change. By protecting, sustainably managing, and restoring natural ecosystems, the world can mitigate the effects of global warming while fostering biodiversity. The planet’s bogs, swamps, and marshes — landscapes collectively known as peatlands — for instance, cover just 3% of the Earth’s surface, yet store almost one-third of the world’s carbon.

Nature-based remedies can also be found in the ocean, which produces half of the planet’s oxygen and provides food for billions of people worldwide. Planting and protecting mangroves, sea grasses, and salt marshes can absorb up to 10 times as much carbon as forests on land, for instance. As Susan Ruffo, the UN Foundation’s Senior Advisor for Ocean and Climate, put it, “The ocean is full of solutions — we just have to be smart enough to use them.”

Because of Indigenous communities’ cultural, social, and physical connection to the environment, climate change is threatening their very existence. For Native American communities in the Arctic, for example, changing weather patterns are disrupting their livelihoods and displacing them from their ancestral land.

Yet Indigenous people are too often overlooked in public discourse and policy decisions on climate change, along with their unique perspectives and traditional knowledge of land stewardship. By investing more resources in Indigenous communities, the world can elevate and learn from individuals whose roots are tied to our natural resources. In 2014, for example, a Native Hawaiian organization helped establish a marine sanctuary that is managed using traditional ecological knowledge; it later won the UN’s Equator Prize for restoring the area’s biodiversity.

6. Invest in girls and women.

Across the globe, girls and women depend more on — yet have less access to — natural resources. In many regions, they also bear a disproportionate responsibility for securing food, water, and fuel for their families. This makes them uniquely vulnerable to climate change.

But girls and women are not merely the victims of a changing climate. As the primary stewards of their households and communities, they are also effective agents of change and defenders of the environment. Even so, female representation in national and global climate negotiations remains below 30%. When important decisions about our planet are being made, girls and women must be included and represented. It’s the only way to achieve climate justice.

War doesn’t only cost human lives and cause widespread hunger, poverty, and suffering. It also hurts the planet.

Conflict also makes achieving the global cooperation necessary to tackle climate change even harder. By investing in peace and diplomacy, we can spare future generations from the scourge of violence and protect the planet at the same time.

The United Nations Foundation is joining forces with Sony Pictures Television and the World Photography Organisation to launch Picture This, a short-form video competition to raise awareness about environmental challenges. The global contest is open to all filmmakers, content creators, and change-makers who want to inspire climate action through the power of film.