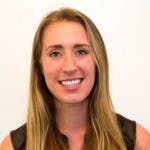 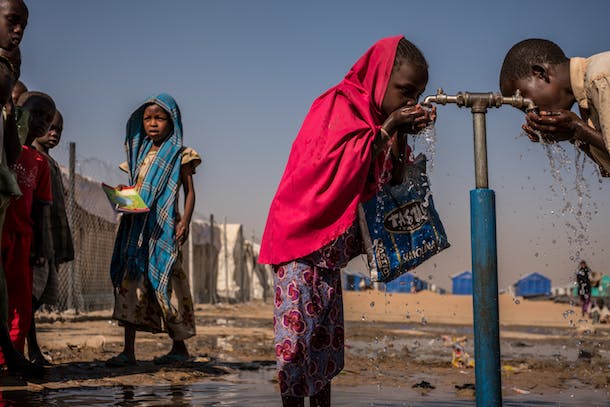 Solving global challenges requires knowledge of the issues and an exchange of ideas on how progress can be made. A number of reports have been released recently on issues from how climate change affects children to the economic opportunities of achieving the Sustainable Development Goals.

The UN Development Programme’s annual Human Development Report found that not everyone is benefitting from human progress. The report notes that while average human development improved significantly around the world, one in three people continue to live in low levels of human development. Many populations, including girls and women, refugees and migrants, the LGBTI community, and people living with disabilities face barriers. The report includes recommendations on how policies can reach people left behind.

Thirsting for a Future

On World Water Day, UNICEF released a report highlighting the threat of climate change to the health and safety of children, particularly as it relates to water issues. UNICEF found that one in four children around the world will live in areas of extreme water stress by 2040, with the poorest children most vulnerable. The report calls for the inclusion of children’s voices and needs in discussions on climate decisions and for the global community to protect children’s access to clean water and sanitation.

Inheriting a Sustainable World: Atlas on Children’s Health and the Environment
Don’t pollute my future! The impact of the environment on children’s health

In 2015, 26% of the deaths of 5.9 million children who died before reaching their 5th birthday could have been prevented through the reduction of environmental risks. This is due to the fact that a significant portion of the most common causes of death among children aged one month to five years – diarrhea, malaria, and pneumonia – can be prevented by solutions known to reduce environmental risks, such as access to safe water and clean cooking fuels. The World Health Organization has released two new reports, “Inheriting a Sustainable World: Atlas on Children’s Health and the Environment,” and its companion report, “Don’t pollute my future! The impact of the environment on children’s health,” which address these issues.

These reports highlight the “traditional” hazards that have long been an issue, especially in developing regions, such as air pollution, water, sanitation, and vector-borne diseases. However, they also delve into “emerging” environmental issues such as chemicals, electronic waste, and climate change, which are of growing concern for children’s health. The reports stress that the beginning of the Sustainable Development Goals era represents an important opportunity to bring renewed attention to children’s environmental health, with the goal of ending preventable deaths of newborns and children under 5 by 2030.

The “Better Business, Better World” report, released in January by the Business and Sustainable Development Commission, makes the business case for action on the Sustainable Development Goals. The report found that sustainable business models in four key areas – energy, cities, food and agriculture, and health and well-being – could open up at least US $12 trillion of economic opportunities and create up to 380 million jobs by 2030.

The report makes clear that there is a cost to inaction and offers recommendation for businesses to integrate the global goals into their operations. It also calls for the private sector to rebuild trust with society.

The United Nations Foundation and BNY Mellon recently released a report called “Return on Equality: Investment Opportunities to Help Close the Global Gender Gap,” which calls for an increased focus on less explored market-based opportunities that could fuel the global movement to achieve Sustainable Development Goal 5: “Achieve gender equality and empower all women and girls.”

The report discusses the economic opportunity of “gender-lens investing,” which emphasizes investment in companies that advance gender equality through their product and service offerings. The report finds that achieving parity across products and services in just five key sectors—water, contraception, telecommunications, energy, and child care—has the potential to open up a market of more than US $300 billion in incremental annual spending by 2025.

A Deadly Journey for Children: The Central Mediterranean Migrant Route

As part of its #ChildrenUprooted campaign, UNICEF released a new Child Alert focused on the refugee and migrant crisis. “A Deadly Journey for Children: The Central Mediterranean Migrant Route” offers a comprehensive look into the extreme risks facing refugee and migrant children that have no choice but to make the dangerous journey from sub-Saharan Africa into Libya and across the Mediterranean to Italy. The briefing found that a total of 25,846 children crossed the Mediterranean last year, which is double the previous year. And of that total, nine out of ten of the children who made the crossing were unaccompanied. The briefing goes on to outline UNICEF’s call to action for implementation of a six-point plan to keep refugee and migrant children and women safe.

Children are at the heart of one of the largest movements of people in history, with one in every 45 children in the world today considered “on the move.” The Child Alert, and its corresponding awareness campaign over social media, hope to bring attention to the fact that while they may be labeled “migrant,” “displaced,” or “refugee,” they are above all else children.