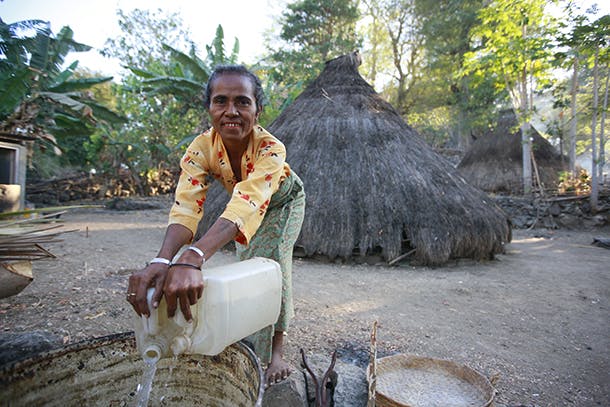 Next week, leaders from around the world will gather in New York for the 71st session of the United Nations General Assembly. This is a time for countries to come together and create roadmaps to help us solve some of the most pressing issues we face today. With the adoption of the Sustainable Development Goals last year, we now have an opportunity to affirm our commitment to a better world.

Woven into some of the biggest priorities on the UN General Assembly agenda is health. We know that without ensuring the health and wellbeing of people around the world, there is no way we can achieve our goals by 2030. Here are six of the most critical global health issues to watch this September.

HIV/AIDS, tuberculosis, and malaria are three of the world’s deadliest diseases. On September 17-18, leaders will come together in Canada to recommit their resources to the Global Fund to Fight AIDS, TB, and Malaria – a partnership that works tirelessly to fight these three diseases by preventing new cases, treating existing ones, and making health systems stronger and better able to provide for people who need care.

The Global Fund has saved 20 million lives since its inception in 2002. This incredible accomplishment means that 20 million are now better equipped to live healthy, prosperous, and thriving lives. If leaders are able to commit enough resources to the Global Fund on September 18, these resources will go towards saving an additional 8 million lives and stimulating up to $290 billion in economic growth.

2. Confronting the health dimensions of the largest population of refugees and migrants in decades

More 60% of preventable maternal deaths, 53% of under-5 deaths, and 46% of newborn deaths occur in settings of conflict, displacement, and natural disasters. And with more people displaced than at any time since World War II, we are at risk of failing vulnerable communities even more if we do not accelerate political will and focus attention and resources toward those who need them most.

This year, a major topic of discussion and action at the UN General Assembly will be the needs and rights of refugees. On September 19, the UN Summit for Refugees and Migrants will bring together key leaders to create a more coordinated response to displacement.  For more on health in fragile settings, see Every Woman, Every Child, Everywhere.

People around the world are dying because medicines and antibiotics are misused and no longer work as effectively as they once did. This leads to antimicrobial resistance – a phenomenon that occurs when our bodies become resistant to antibiotics, and diseases such as pneumonia, bloodstream infections, HIV, tuberculosis, malaria, and others are becoming more difficult to treat. At the same time, millions of people who need antibiotics to fight infection are not able to access it. How to balance the need to increasing access while curbing misuse will require concerted global action to forestall a dangerous and costly public health crisis.

A strong health system that allows people to access quality care is only as effective as its doctors, nurses, midwives, and other front-line and community-based health workers. In many places, there is a severe shortage of health workers. In fact, UN agencies estimate that by 2030, there will be a projected 18 million fewer health workers than needed in low income countries – which could dramatically impede our collective ability to meet the health-related Sustainable Development Goals.

To combat this problem, earlier this year the UN Secretary General Ban Ki-moon appointed 25 leaders, co-led by President François Hollande of France and President Jacob Zuma of South Africa, and including UN Foundation board member Professor Muhammad Yunus, to provide guidance and leadership on this issue. More information on the commission can be found on the World Health Organization website.

Last September during the opening of the UN General Assembly, the Secretary-General launched an updated Global Strategy for Women’s, Children’s, and Adolescents’ Health as a roadmap to end preventable maternal and child deaths and afford every woman, child, and adolescent the opportunity not just to survive, but thrive and transform their communities. This year, we will see a few reports that show how much progress continues to be made to support Every Woman Every Child, including a fourth report from UNICEF on A Promise Renewed and a leaders’ report from the Global Financing Facility and the Government of Norway.

Climate change already poses a significant threat to human health and wellbeing, and by 2050 the World Health Organization estimates it could cause an additional 250,000 deaths per year due to issues such as malnutrition, malaria, and heat stress.

Last year’s historic climate agreement in Paris was an important moment; but it’s not the end of what needs to be done. On Wednesday, September 21, the Secretary-General will again show leadership in bringing global leaders together on climate change, further pushing countries to ratify the Paris Agreement so that it can come into effect in the coming months.

Follow @unfoundation for live updates on these key health issues during the UN General Assembly.