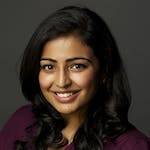 The United Nations Foundation works with entrepreneurs dedicated to not only building businesses, but a better world. They are using innovative approaches and creative thinking to help solve challenges in the humanitarian and development space. Below are six cool projects that are helping improve lives around the world:

Ikea, known for its affordable flatpack furniture, has moved into new territory: refugee housing. The Swedish retailer has teamed up with the United Nations’ Refugee Agency (UNHCR) to develop a flatpack shelter that can be quickly assembled on site. The structures come with solar panels and USB ports to provide electricity, as well as a fabric shading sheet that reflects heat during the day and traps warmth at night.

Worldreader’s mission is to eradicate illiteracy. By delivering the largest culturally relevant library to the world’s poorest people – digitally and inexpensively – Worldreader’s goal is to bring “Books for all” everywhere using e-readers and mobile phones.

Research shows that food insecurity is not necessarily an issue of lack of food, but rather lack of access to affordable nutrition.  Aspire develops and distributes affordable and sustainable insect farming technologies for countries with established histories of entomophagy, or insect-consumption.

The United Nations World Food Programme has started to distribute Mastercard prepaid debit cards, each loaded with $27 to Syrian refugees in Lebanon so they can buy their own food and boost the local economy. In addition to giving refugees some autonomy, this also allows them to buy the foods that fit their needs, including fresh produce, which is not normally included in traditional food rations.

Project Loon is a research and development project being developed by Google with the mission of providing Internet access using high-altitude balloons placed in the stratosphere. If this pilot is successful, it could connect people in rural and remote areas with the Internet, helping more people have access to information and the global online community.

All over the world, people take millions of photos of their food and share them online. Feedie transforms your food photos into real food for disadvantaged schoolchildren in South Africa.