5 Things to Know about the Next UN Secretary-General

5 Things to Know about the Next UN Secretary-General 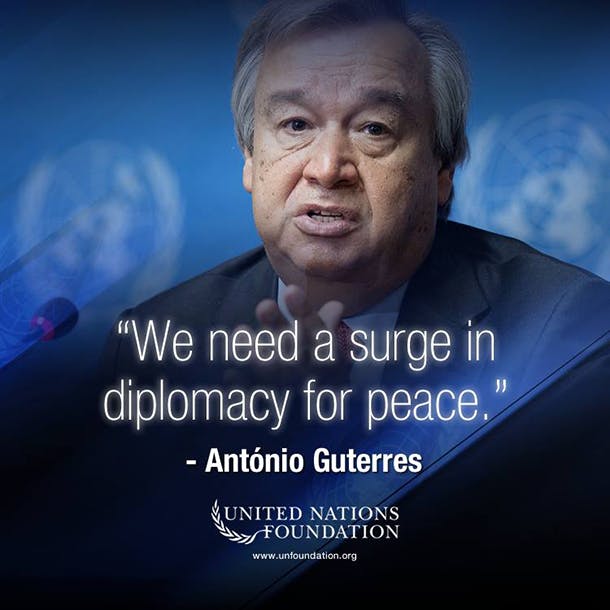 Upon Guterres’ selection by the UN General Assembly in October, UN Foundation Founder and Chairman Ted Turner said, “He understands what it takes to lead, and he knows how to get things done. He’s an impatient humanitarian who will be a tireless diplomat for the hopes of people everywhere for a better future.”

Here are five things to know about our next Secretary-General, António Guterres.

For a decade, Guterres led the UN Refugee Agency (UNHCR) and tirelessly worked to help the world’s most vulnerable people. According to UNHCR, “During his tenure, Guterres oversaw the most profound structural reform process in UNHCR’s history and built up our organization’s capacity to respond to some of the largest displacement crises since the end of World War Two.”

From 1995-2002, Guterres served as the Prime Minister of Portugal. He will be the first Secretary-General in history to enter the job having previously served as a head of government.

Guterres was chosen by UN Member States in a more transparent and open selection process, which – for the first time – saw candidates participate in dialogues with Member States and civil society and present vision statements.

In addition to serving as Prime Minister of Portugal, Guterres served in the Portuguese Parliament for 17 years, beginning in 1976. He is also a former president of the European Council and started the Portuguese Refugees Council in 1991.

In addition to his native Portuguese, Guterres is fluent in English, French, and Spanish. He graduated from the Portugal’s Instituto Superior Técnico with a degree in engineering.