5 Facts that Will Give You Hope in a Better World

5 Facts that Will Give You Hope in a Better World 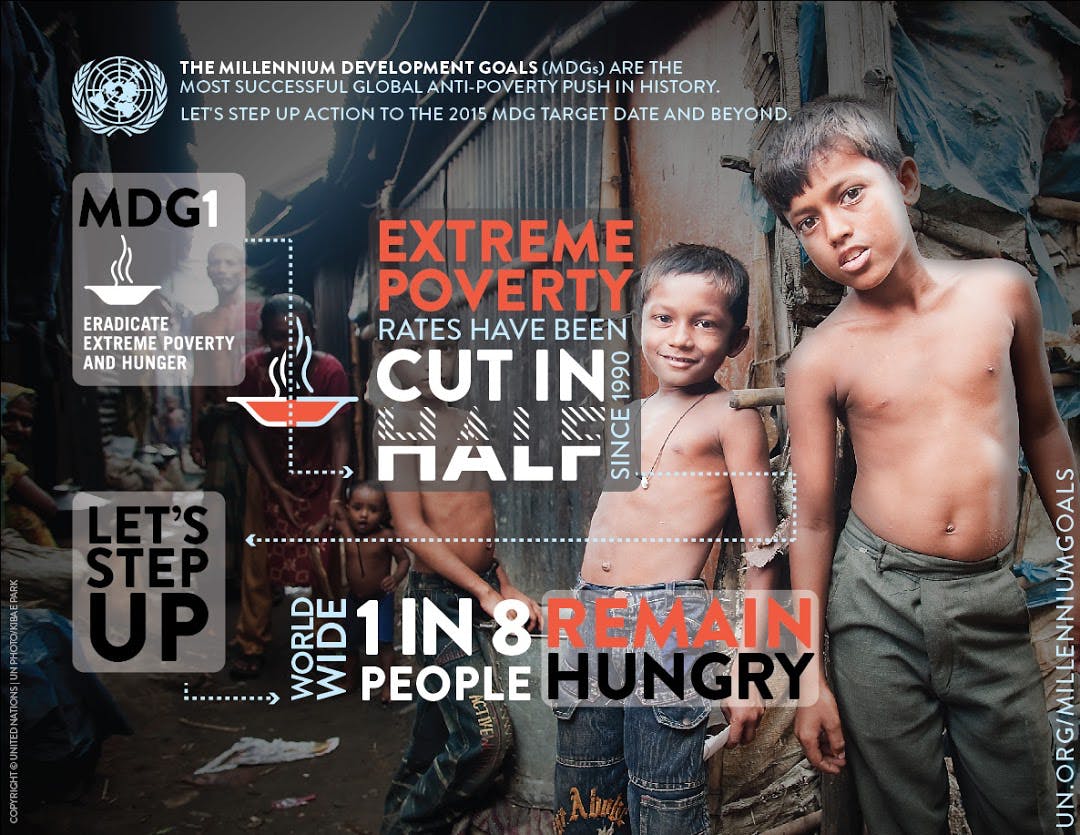 Big news came out today: The annual report on the Millennium Development Goals (MDGs) – eight goals established in 2000 by world leaders at the United Nations – shows that the world is making significant progress in reducing poverty and improving lives.

This didn’t happen by chance; it happened by choice.

The MDGs have provided common goals for the global community to rally around and spurred partners into action. No doubt, there is a lot of work left to do and we need to do better in many areas, but today’s report is a sign that when we act, progress is possible.

Here are five facts from the report to give you hope in a better world.

Want to learn more about the MDGs? Visit the UN’s website, un.org/millenniumgoals, and visit our website between every Monday between now and Monday, August 18 for our “MDG Mondays” blog series.