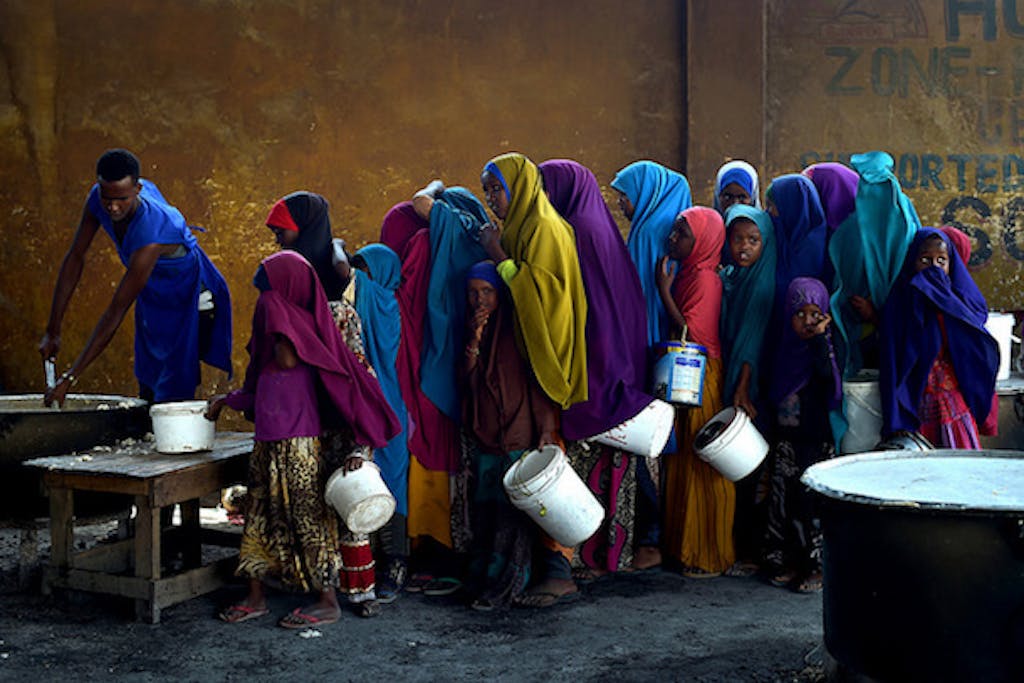 There is a global threat to sustainable peace and development that is getting much-needed attention: fragility. Last week, the World Bank held its Fragility Forum in Washington D.C., Managing Risks for Peace and Stability. With over 1,000 participants in attendance over multiple days, the popularity of the event is testament to the increased importance of fragility, conflict, and insecurity to global development and stability.

In his opening remarks, World Bank President Jim Kim noted that fragility is “the issue of our time.”

For the first time, extreme poverty has dropped below 10% worldwide (8.2% according to the World Poverty Clock). However, data shows that poverty is now more concentrated in fragile states, as almost 2 billion people currently live in fragile or conflict settings. All else being equal, by 2030 approximately half of those living in extreme poverty will be concentrated in these settings. Unless the drivers of instability and conflict are better understood, prevented, and collectively dealt with, fragility will be a main impediment to progress toward the Sustainable Development Goals.

Several other themes were explored on the nexus of fragility and development:

1. The importance of prevention: The World Bank and the United Nations jointly launched the report, Pathways for Peace: Inclusive Approaches to Preventing Violent Conflict,which raises the alarm bell for urgently investing more in conflict prevention.

The report finds that prioritizing prevention among the international system would not only prevent human suffering, but would also save up to $70 billion per year. The report, in identifying many causes and grievances fueling fragility, puts special emphasis on exclusion (in governance and other forms) in spurring or enflaming many conflicts today.

It provides a series of recommendations to better align development and conflict prevention efforts, including the enhancement of the participation of women and youth in peace processes and decision-making.

The Under-Secretary-General for Peacebuilding stated at the conference that, “The UN spends five times less on development assistance than on security in the Sahel. It is important to change this approach. Investments on development would prevent security issues by addressing the grievances of different groups through political and social inclusion, and the promotion of tolerance and cohesion.”

2. New drivers of growth, the expectation management curve, and job disruptions: President Kim’s opening speech persuasively looked at current and future drivers of economic growth that are needed to address fragility, such as new technologies and increased access to internet and broadband.

He pointed out the paradox between increased access to information and communications technologies and increased fragility.  These technologies are vital to helping marginalized communities connect to today’s opportunities; they also put inequality on stark display, as the lifestyles of the wealthy are only a click away, which can foster dissatisfaction.

Increased automation and new tech disruptions can also contribute to job and economic insecurity. More research is needed to understand these connections, and greater collaboration is needed between governments, the tech sector, and development agencies to identify solutions.

3. Investing in human capital: One way of responding to the expectation management curve and frontier technology disruptions is to invest in people.

Last fall, the World Bank announced its Human Capital Project as a way of elevating the importance of investing in people as a necessary economic growth strategy. The key tenant of this approach is that investing in nutrition, health, education, social protection, jobs, and especially girls and women will have a positive effect on economic growth (and one might argue inclusive governance and economic approaches).

Investing in people should be a key pillar in conflict prevention, development, and reconstruction activities, as it will help build needed capabilities and sources of resiliencies.

4. Private Sector Engagement: Several panels touched on the importance of driving new forms of investment via the private sector, which can serve as a critical partner in efforts to counter fragility.

With only 1% of foreign direct investment currently flowing into countries affected by fragility, violence, and conflict, new approaches to investment must emerge. This includes de-risking projects and sectors through blended finance and other innovative mechanisms and partnerships.

Innovative finance mechanisms are crucial to ensuring that the needs of the most vulnerable are addressed. More attention should be placed on the efficacy and challenges for instruments such as humanitarian bonds, results-based funding, the expertise of the UN as a delivery partner, the capacity of local Ministries of Finance, and pooled funds to facilitate coordination and early, preventative action.

The week was full of rich discussions and important points, including the spread of fragility to middle-income countries, the important role of data collection in fragile and conflict-affected environments, and the urgent need for improved and increased data. It is imperative to understand who is being protected, and what programs and projects are having a positive impact.

In New York, UN Secretary-General António Guterres also elevated the importance of conflict prevention and peace last week, speaking to the General Assembly about his report on Peacebuilding and Sustaining Peace.

The Bank’s Forum discussion reinforced the Secretary-General’s prioritization of prevention and the critical role and responsibility that multilateral institutions and others have in working together to reduce conflict and instability worldwide.

Indeed, there is much to build on from last week’s discussion as the President of the General Assembly prepares for next month’s High-level Meeting on Sustaining Peace.

These conversations – and the actions that may (and should) follow – are vital to our ability to achieve the SDGs and to the future of humanity. We must keep fragility on the global agenda – global peace and progress depend on it.