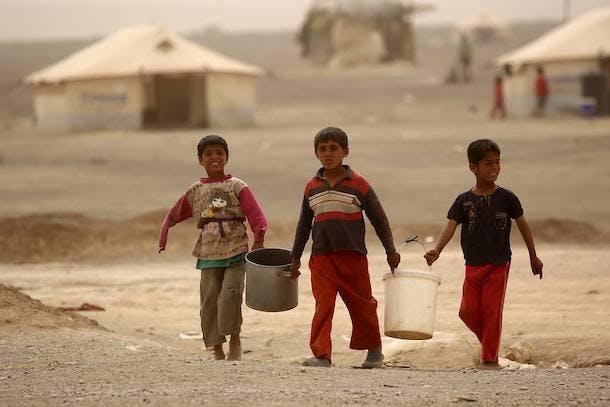 When world leaders adopted the Sustainable Development Goals in 2015, they pledged that “no one will be left behind” from a world of opportunity and dignity.

While the international community has made significant progress in many areas – child deaths have declined by 44% since 2000 – hundreds of millions of people have been shut out of global progress because of crushing poverty, discrimination, and other barriers including conflict, violence, and other emergencies.

To fulfill the promise to leave no one left behind, the global community must make sure to meet the needs of vulnerable populations, including people affected by conflict, instability, and disaster who are often difficult to reach. People in emergency and fragile settings often lack access to basic social services like health care, their chances to go to school and get a job are limited, and they face risks to their safety.

Here are four statistics that highlight the urgent need to support people living in crisis settings.

It’s clear: To reach the Sustainable Development Goals, we must reach people in crisis.

The United Nations is on the front lines of supporting people in emergencies, providing food, medicine, shelter, and more – but the level of human suffering in the world has far outpaced the level of resources that donors are providing.

As a community, we need to mobilize greater resources and find new ways of working – from increasing private sector engagement to leveraging innovative financing mechanisms to improving coordination between the humanitarian and development sectors. And each of us can use our voice to make helping people in emergencies a priority on the global agenda.