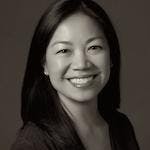 Three years into tracking progress on the Sustainable Development Goals (SDGs), a few insights have emerged from how governments review, report on, and use progress to achieve the SDGs. While there are legitimate questions about how effective voluntary self-reporting on progress can be (a bit like letting your kid write her own report card), the way governments currently review SDGs progress has its advantages, as pointed out in this earlier blog post.

The review process has set the stage for learning and improving, and it’s emphasized the importance of early civil society and private sector involvement and the need to move from plans to action. We’ve also found that all actors – politicians, policymakers, civil society, industry – need more safe spaces to interact frankly about challenges and solutions. While we still have the time, we need to incentivize governments to take bold steps, experiment, and even make mistakes so they can learn and improve and ultimately, have a better shot at achieving the SDGs by 2030.

How are we tracking SDGs progress, and does it work?

Global goal setting provides concrete, measurable (where possible), and time-bound objectives to rally around and aim for. When progress lags on a certain goal or target, world leaders can rally political attention, financing, and partnerships to intensify efforts.

To monitor SDGs progress, the UN holds a global review every July, called the High-level Political Forum, where individual countries can volunteer to review their own progress, known as Voluntary National Reviews or VNRs, and present to a global audience; this year’s forum will take place July 9-18. (It’s interesting to note that the Paris Climate Agreement is based on a similar feature of nationally determined contributions; voluntary and nationally defined processes seem to be an emerging principle of multilateral cooperation these days, as opposed to past international treaties in which countries assumed obligations to each other, something Bruce Jenks and Homi Kharas have pointed out.)

Some have asked legitimate questions about whether letting countries volunteer to self-report on SDGs progress is an effective way to monitor progress and hold them accountable – so not only letting someone draft her own report card but also decide when and whether to do it. How honest and accurate can self-assessments really be? Can we get a good sense of SDGs progress so we can focus action on areas that are lagging behind? Does the UN review forum help countries learn how to do better?

The UN produces its own SDGs progress report each year based on information gathered from governments and its own analysis, and while it’s a valuable resource, it gives a limited picture of global progress, primarily due to lack of available data and baselines. A UN Global Sustainable Development Report is meant to provide an evidence-based, scientific assessment every four years, with the next one in 2019. A number of non-UN proxy measures of progress also exist.

Then there are the Voluntary National Reviews. To date, 64 countries have presented VNRs; this July, 47 – more than ever — will do so, and their reports are posted online for all to see. The fact that so many countries want to participate is a good sign, and it’s spurred friendly competition between countries trying to outdo each other. The UN Department of Economic and Social Affairs provides voluntary reporting guidelines and a practical handbook to help governments prepare VNRs, and each country can decide how much it wants to follow the guidance, if at all.

What We’ve Learned on How to Strengthen SDGs Review

The UN and governments are already learning from experience, and there’s a strong need and desire to do more. This openness to learning and changing is an important result of having a voluntary process, despite the legitimate questions about its rigor. I know some are seeking to use SDGs review to hold governments to account, but doing so at this relatively early stage could potentially be counterproductive; it could make them shy away from learning and from taking the bold actions required. Of course, I recognize that governments may find it convenient to not speak honestly about their progress and the threat of criticism could be useful motivator. But three years in, I suspect we’re all learning and trying to adapt to the SDGs era – and creating a little more trust in order to learn, experiment, and change could result in better results and more impact in the long run.

Civil society and private sector involvement in VNRs, especially early on, can improve self-reporting and bring them on side to take action. They have better, or at least different, monitoring tools and data than governments. They can help us better understand the needs of those populations at risk of being left behind who often the most difficult to reach. And they can innovate and bring their own expertise to bear. Involving them in VNRs also potentially reduces ‘shadow reporting’, when non-government stakeholders, left out of the official process of SDG reporting, create a separate and sometimes critical progress reports.

As suspected, many governments don’t think they can be fully candid about their challenges for fear of opening themselves up to criticism by civil society and the media. This can prevent them from seeking help and learning lessons. Creating safe spaces within the VNR process might help governments be more open, for instance by holding off the record interactive sessions with civil society and others with the aim of sharing and learning, not criticizing; this year’s experimental VNR Labs could be one answer. Another idea was to include in the guidelines a requirement that all VNR countries identify two to three challenges; if everyone was asked to do this, perhaps it wouldn’t be such a big deal.

One analysis of past VNRs revealed a trend toward a minimal interpretation of SDG implementation (i.e., countries pointing to pre-existing policies and plans versus making real changes). But achieving the SDGs is going to require new, bold action by governments and their partners — a maximalist approach — or as one expert asked, “What is a country doing differently because of the SDGs?” Governments say they need help with fresh ideas. The UN forum and VNRs ideally would help, and accelerating action is one focus of the forum this year. We’ll also need everyone to be policy entrepreneurs and come up with bold ideas and new ways of working, including being okay with making occasional mistakes and learning from them.