4 Good News Stories You May Have Missed in July

4 Good News Stories You May Have Missed in July 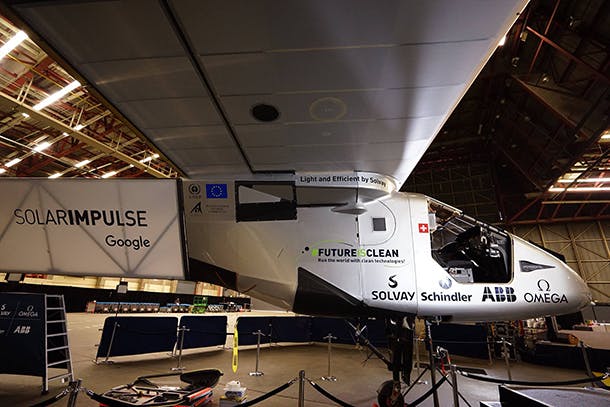 The world undeniably faces many big and serious challenges. But there is also reason to believe that a better world is possible – especially if we come together with the United Nations and partners around the world to act for change. As an often-used quote says, “It is better to light a candle than curse the darkness.”

Here are four news stories from July to provide hope that we can make progress on global challenges and together create a world where everyone can live with dignity and opportunity.

1. Nigeria Marks Two Years Free from Wild Polio
On July 24, Nigeria reached a milestone: two years without a new case of wild polio – the longest the country has ever gone without a case of the debilitating disease. As the Global Polio Eradication Initiative noted, “This important milestone leaves the global community cautiously optimistic that ending polio in Nigeria, and the whole African continent, is within our grasp.”

2. An Aircraft Powered by Solar Energy Travels around the World
On July 26, an aircraft from Solar Impulse made history as the first aircraft powered by solar energy to fly around the world. UN Secretary-General Ban Ki-moon, who has made advancing sustainable energy a key global issue, spoke to the pilot, saying: “You may be ending your journey, but the journey to a sustainable world is just beginning.”

3.  The Ozone Hole is Healing
Earlier this month, media outlets reported on new research that found that the Antarctic ozone hole is healing. In 1987, countries agreed to the Montreal Protocol to phase out many substances that deplete the ozone layer. Countries are currently working on an amendment to further curb heat-trapping hydrofluorocarbons.