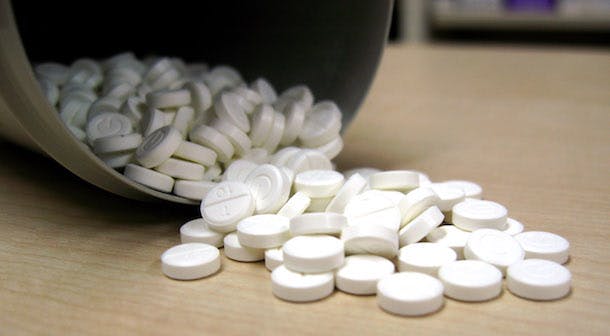 Tragically, according to the U.S. Centers for Disease Control and Prevention, there were about 64,000 drug overdose deaths in 2016; two-thirds (66.4%) a result of opioids or synthetic opioids. That’s an average of 115 opioid overdose deaths each day

While the headlines often understandably focus on the actions of local, state, and the federal governments, this problem is transnational in nature, which is why the United Nations plays a vital role in addressing it. In fact, the former Director of the White House Office of National Drug Control Policy recently noted that global cooperation is central to addressing the U.S. opioid epidemic.

Here are three ways in which the U.S. and the UN are working together to address the opioid crisis on U.S. soil and abroad:

1. At the request of the United States, in early 2017, the UN Office on Drug and Crime (UNODC) voted to put international controls on two primary ingredients that are used to produce fentanyl – a drug 50 times more potent than heroin and responsible for at least half the people who died of opioid overdoses in 2016. As the State Department made clear at the time, “This action will make it harder for the criminals that are illicitly producing fentanyl to access the necessary resources,” while simultaneously making it easier for countries to monitor suspicious orders and transactions.

2. For the last several years, UNODC has created a system for monitoring illicit crop cultivation in Mexico, which is important because a significant amount of heroin in the U.S. originates in Mexico. The UNODC project uses satellite imagery and aerial photographs to depict where cultivation is taking place. The Mexican government is then able to view exact locations where illicit crops are grown. This information in turn helped the Mexican army destroy nearly 200,000 plots of poppy in 2017, up 22% from the previous year.

3. Last December, the World Health Organization (WHO) called for carfentanil – a drug the U.S. Drug Enforcement Agency (DEA) has noted is showing up in more U.S. communities and is so powerful that its flagged as a potential chemical weapon –to be subject to the highest or strictest drug control classifications. Additional control under these classifications imposes the strongest possible regulations by prohibiting production and supply of substances except under license for specific purposes, such as medical treatment and research. In the case of carfentanil, there would be no indication for human use.

Of course, much more work must be done both domestically and abroad, but these examples clearly demonstrate that the U.S. and UN are allies in the global fight against opioids.

Opinion: The US and the UN can be allies in the global opioid fight.

Join the Better World Campaign to let U.S. leaders know you support combined efforts by the U.S. and the UN to fight the global opioid crisis.