The Sustainable Development Goals (SDGs) took center stage on the global agenda as world leaders met during the week of September 23 for the annual high-level week of the United Nations General Assembly. This year’s high-level week featured a range of issues connected to the SDG agenda, from climate action to universal health coverage to financing for development.

Of course, the SDGs also topped the agenda during the two-day SDGs Summit – the first review of the SDGs at the heads of state level since the global goals were adopted in 2015. The consensus: The world is not on track to achieve the SDGs, with millions of people still denied their basic rights, needs, and dignity

UN Deputy-Secretary Amina Mohammed reminded participants that while the situation is sobering, it is not hopeless. She said:“The bottom line is that we are still not on track. …But there is another fact that we must embrace. We can still achieve the SDGs. There is still time for us to get on track.”

Throughout high-level week, governments, businesses, and civil society groups announced new actions to deliver on the SDGs – from Pacific Island countries working together to decarbonize shipping in the region to cities stepping up on sustainability to major asset owners pledging to move to carbon-neutral investment portfolios.

Below are three key takeaways to recap what happened at the SDG Summit and what needs to be done to course correct so we reach a world where no one is left behind.

1. Countries and sectors gear up for SDG action and delivery over the next decade

At the summit, UN member states adopted a political declaration (diplomatic speak for a shared statement of their intentions.) These documents help set common norms among countries and enable citizens to hold their leaders accountable for their promises.

The political declaration, entitled, “Gearing up for a decade of action and delivery for sustainable development,” proclaimed:

“We stand firm in our determination to implement the 2030 Agenda as a plan of action for people, planet, prosperity, peace, and partnership – a plan to free humanity from the tyranny of poverty and heal and secure our planet for future generations.”

The summit featured more than 100 registered SDG “acceleration actions.” For example, Mexico pledged to expand access to energy; the Netherlands committed to providing more people with access to justice; and the United Kingdom committed £515 million toward education. A group of Pacific Island nations launched the “Pacific Blue Shipping Partnership” to decarbonize shipping in the region by 2050.

In addition to governments, other sectors also stepped up SDG action.

A word on financing

Following the conclusion of the SDG Summit, the UN hosted a high-level dialogue on financing for development, with the Secretary-General noting that “financing is the test of our seriousness. Without resources, we will simply not deliver for people or planet.

The dialogue covered a number of challenges standing in the way of financing for development: rising debt burdens among many nations, especially Small Island states; insufficient development aid; entrenched inequality; and an economic system that promotes short-term gains over long-term needs. The UN noted that the financing gap to achieve the SDGs in developing countries is estimated to be US$ 2.5 – 3 trillion per year.

Hopefully, this dialogue will serve as a reminder to the world that we won’t achieve the SDGs with only good intentions; we need the resources to back up our actions.

2. What the SDG Summit means for Progress on the Global Goals

The summit put the SDGs on top of the global agenda, renewed political will to act, and mobilized momentum that now we need to build on. The commitments made at the summit need to be the starting point – not the end – of intensified action on the SDGs. The Deputy Secretary-General summarized three key messages coming out of the summit:

“First, a welcome and clear renewal of the commitment by leader after leader to implement the 2030 Agenda. …

“Second, I sensed wide recognition that we are off track to achieve the goals by 2030 – and real determination to get us back on track. We heard an impressive range of acceleration actions by governments, the private sector, local authorities, civil society, the philanthropic sector, the scientific community and more. …

“Third, the task ahead is clear. In issuing a global appeal for a decade of action to deliver the goals by 2030, the Secretary-General noted that we can still achieve the SDGs; that a transformation of society and the economy is required to do so. As the Secretary-General said, ‘We need global action, local action, and people action.’”

Many leaders and organizations, including the UN Foundation, are calling for 2020 to be a “super year of activism” to accelerate action on the SDGs. As we head into the final decade before the SDG deadline, world leaders must increase their efforts on the SDGs, including:

As incoming UN Foundation President & CEO Elizabeth Cousens said, we must make 2020 a springboard for further action and “up the urgency, up the imagination, up the results.” 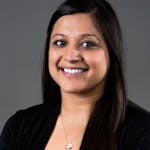 What the Science Says on the Sustainable Development Goals

Protectors of Progress: Rapelang Paves The Way For Tech Entrepreneurs