The 2014 Social Good Summit just wrapped up, and the best word to describe it is inspiring. As leaders gather at the United Nations to address shared global challenges, citizens from Tunisia to Gaza to Ukraine to Sudan to the United States spoke about how citizens can use technology and social media to create a better world for all by 2030.

Here are five themes that emerged through this truly global conversation on #2030NOW. You can watch the sessions and get more information on what was discussed here.

1.    Girls’ and Women’s Equality: Time to Finish the Job

The summit featured numerous panels on the need and ways to empower girls and women, but as many of the participants noted: Girls’ and women’s issues are part of the conversation, but it’s time to move beyond talk to action to make gender equality a reality. Among the solutions mentioned during the summit: getting men involved in the issue; family planning services and information; ending child marriage; economic opportunities; and increasing access to mobile and broadband technologies. 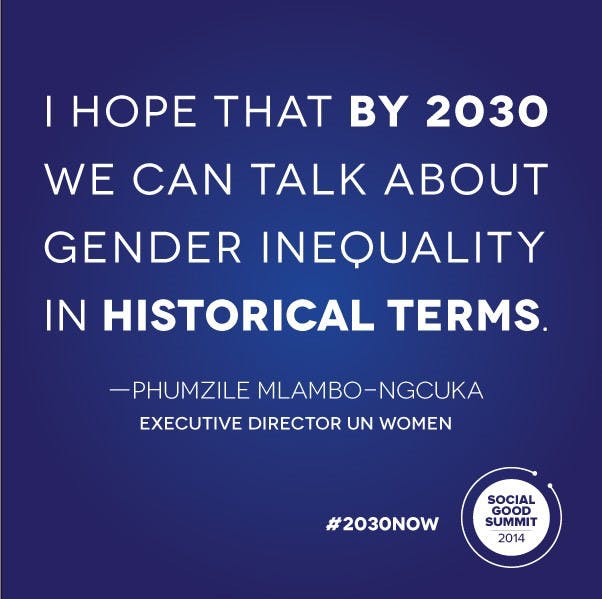 The year 2015 is a huge opportunity for the global community: leaders will work on a new climate change agreement and a new set of global goals to follow the Millennium Development Goals, which set a target for the end of 2015.

Throughout the summit and at the People’s Climate March, speakers and participants talked about 2015 as an opportunity we can’t afford to waste and the power of citizens to make to push their leaders to be bold in their actions.

The Social Good Summit conversation took place in 170 countries and 45 languages. Through the UN Development Programme and other meet-ups, citizens gathered in places from Afghanistan to Ukraine to Gaza to talk about how they can solve local problems and make a global difference.

Through the +SocialGood community, people from around the world can connect and exchange ideas, keeping the conversation going throughout the year and throughout the world. 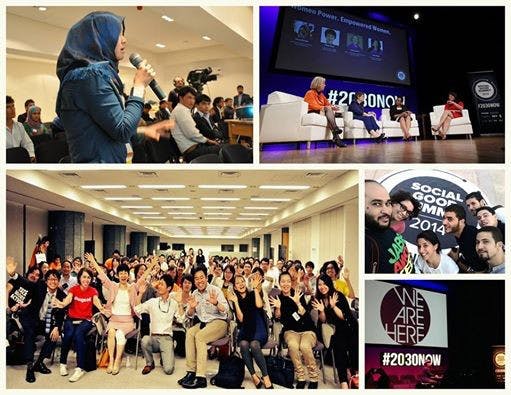 4. The Human Story Matters Most

“The most important thing is not to lose sight on the one,” founder of The Giving Keys Caitlin Crosby said, reminding us that behind statistics and complex problems are individual human stories. This sentiment was repeated over and over, from discussions with the UN on aiding refugees to the power of stories in the transgender movement to the people suffering from climate change to the stories of justice and forgiveness in the new film Beyond Right & Wrong.

5. The World We Want is Within our Reach

Over and over we heard that a better world is within reach – if we act. From ending extreme poverty to achieving gender equality, from tackling climate change to respecting human rights, we have solutions, but we need the political will to act. And individuals have an indispensable role to play in building that will and driving change.

The summit ended with a special moment from Alicia Keys, who described her “We Are Here” movement for individuals to come together and make a difference. As she said, “It’s not about me; it’s about we.”