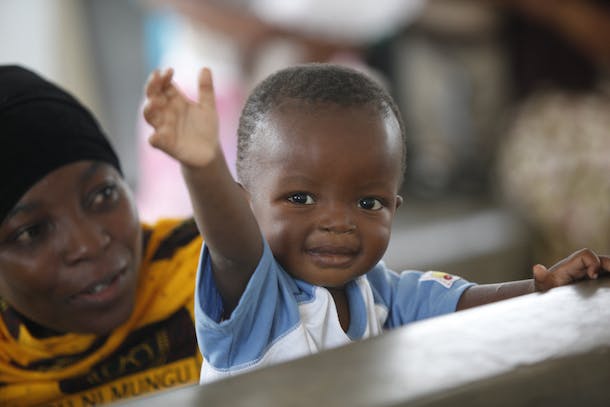 Today, the World Health Organization announced that 17.1 million lives have been saved from 2000 through 2014 thanks to measles vaccination. To put that into perspective, during each day of 2014, more than 1,100 children who would have died of measles in 2000 could go to school, play, spend time with their families, and grow up because they were vaccinated against measles.

Measles vaccination has been a leading contributor to progress on Millennium Development Goal 4, which is focused on reducing child deaths.

The gains we’ve made are due to the leadership of UN agencies and ministries of health around the world, bolstered by technical assistance and funding provided by the partners of the Measles & Rubella Initiative and the support of Gavi, the Vaccine Alliance.

This remarkable achievement needs to be celebrated, but at the same time, there is still work to be done.

In 2014, the Measles & Rubella Initiative, of which the UN Foundation is a founding partner, worked to vaccinate 220 million children against measles in 29 countries. Yet last year, nearly 115,000 children still died of measles.

This year the initiative faces a $47.5 million budget shortfall that has caused immunization campaigns to be delayed and has forced countries to vaccinate a smaller number of children – putting in jeopardy millions of additional children.

It’s inexcusable that over 50 years after the measles vaccine was invented, there are still 314 children who will die of measles each day – especially since a safe and effective vaccine costs less than $2 in low-income countries.

To protect every child from measles, we need to make sure that individuals, the private sector, and all governments – low-income to high-income – work together to reach every child.

TAKE ACTION: Find out more about the Measles & Rubella Initiative and visit Shot@Life to lend your voice and donate to ensure every child gets access to the vaccines they deserve.