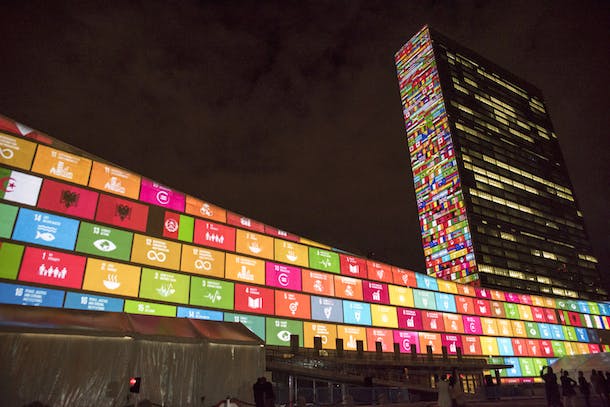 This year was truly a historic year for people and the planet thanks to the leadership of the United Nations, the work of partners, and supporters like you who believe we can make progress on global issues and build a better world.

2015 will be remembered by history as the year that laid the foundation for a new era of sustainable development. While the UN Foundation’s year had too many highlights to list all of them, here are 15 highlights from our work together. We look forward to continuing to work with supporters to help the UN and partners deliver on the promise we collectively made this year to create a world without poverty and with opportunity for all.

1. Supporting the launch of the global goals for sustainable development 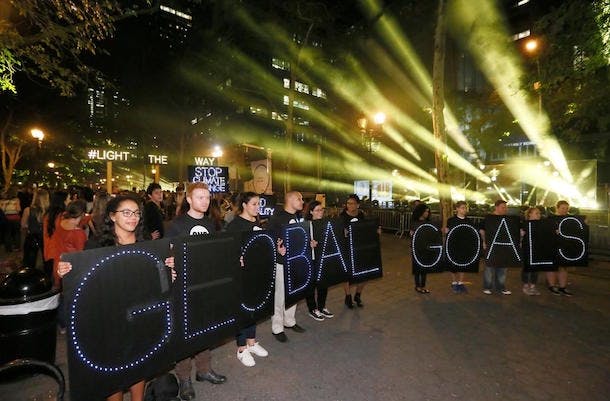 In September, world leaders gathered at the UN to adopt the Sustainable Development Goals, a global to-do list to create a world where no one lives in poverty, everyone lives with dignity, and we have stopped the threat of climate change.

To support the UN and partners in developing and launching the goals, the UN Foundation undertook a number of efforts, including: convening engaged participants to share ideas and find common ground; supporting the action/2015 global network of civil society groups; and animating a global conversation through media partnerships, informational trainings for approximately 900 journalists and communicators, and the launch of the Global Daily news aggregator on sustainable development issues.

Following the adoption of the Sustainable Development Goals, the UN Foundation also helped organize a Solutions Summit to bring together policymakers, innovators, entrepreneurs, investors, UN leadership, and leaders from the private sector and civil society to find ways to leverage technology and innovation to advance the global goals. 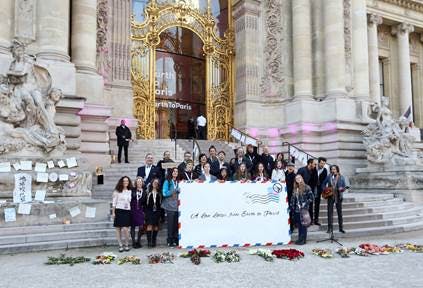 In December, representatives from more than 190 countries gathered in Paris for the UN climate change conference. To help build support for an ambitious agreement to address climate change, the UN Foundation and partners launched Earth To Paris. This coalition of more than 110 partners – from teenage girls to tech companies, UN agencies to businesses – helped expand the conversation on climate change, highlight solutions, and share the voices of people from around the world with leaders working at the conference in Paris.

Through more than 100 conversations in Paris and across the globe, Earth To Paris helped bring attention and urgency to the work of climate negotiators, who heard from thousands of people who want climate action. On December 12, negotiators reached an ambitious agreement to tackle the threat of climate change.

3. Building support for the United Nations in its 70th year 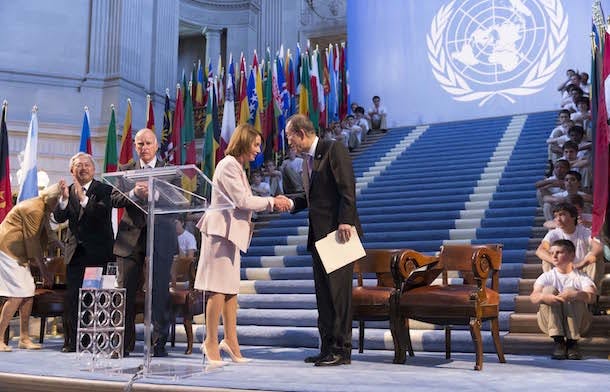 This year marked the 70th anniversary of the founding of the United Nations. To raise awareness of the important work of the UN and to build support for the UN in the U.S., the UN Foundation and San Francisco – where the UN was created – held a series of events, including a commemorative ceremony at City Hall, featuring Secretary-General Ban Ki-moon and local, state, and national leaders.

Thousands of Americans gathered at more than 150 UNA-USA chapter events across the country to honor the 70th anniversary of the ratification of the UN Charter. Chapters in communities across 35 states, the District of Columbia, and Puerto Rico brought friends, neighbors, and their elected officials together to support the UN and celebrate its ability to find bold solutions to the world’s biggest problems.

Additionally, the Better World Campaign mobilized Americans to share their support for the UN with elected officials, and Congress voted on a FY16 spending measure that robustly supports the United States’ vital partnership with the UN. With this 2016 measure, Congress will help save lives and safeguard Americans – an immeasurable return on investment for spending that amounts to a mere 1% of the total federal budget. 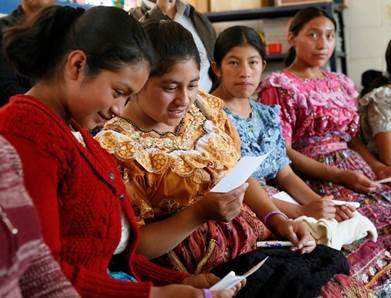 Thousands of Girl Up Club members took action this year to push for passage of the Girls Count Act, legislation that supports programs in developing countries that improve birth registration for girls and boys and promote policies that prevent discrimination against girls. The legislation was passed by Congress and signed into law by U.S. President Barack Obama in June. This is part of the UN Foundation’s broader efforts to promote the rights and well-being of girls everywhere. 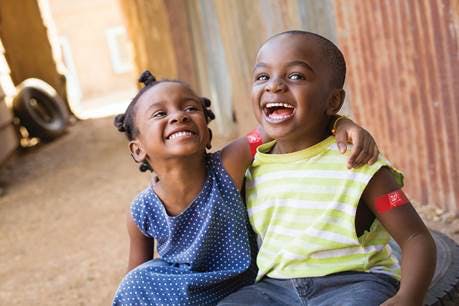 The UN Foundation works to protect the health of children by supporting UN and partner efforts to expand access to vaccines that prevent deadly and debilitating diseases. Our Shot@Life campaign partnered with Walgreens for a third year of the “Get a Shot. Give a Shot” program. For every immunization administered at a participating Walgreens location, one vaccine is donated to children in need through Shot@Life. The partnership has helped to provide more than 7 million life-saving vaccines to children in developing countries.

Additionally, the Measles & Rubella Initiative, of which the UN Foundation is a founding partner, continued its work helping safeguard children from measles and rubella. Since 2000, more than 17 million lives have been saved through measles vaccination. The Foundation also worked closely with the Global Polio Eradication Initiative to support immunization against polio. At the end of September, the World Health Organization announced that polio is no longer endemic to Nigeria, leaving only Afghanistan and Pakistan on the list. 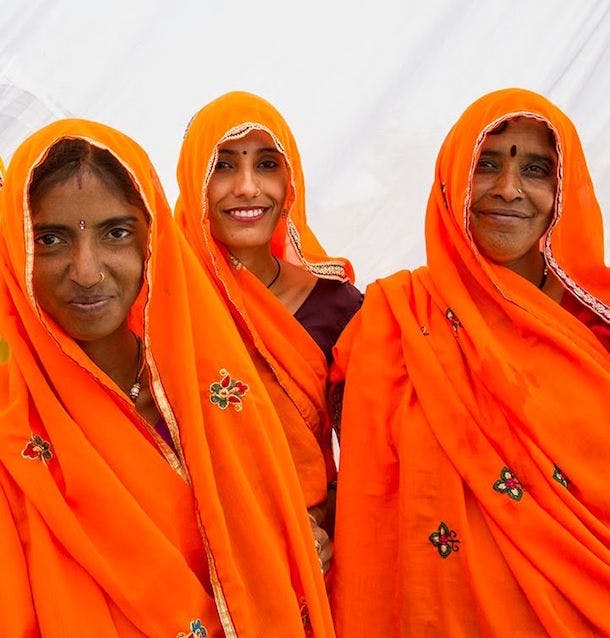 Increasing access to family planning is critical to our future and a key priority for the UN Foundation. The Family Planning 2020 global partnership continued to increase access to voluntary family planning information, services, and supplies in its third year. An unprecedented 290.6 million women and girls in the world’s 69 poorest countries are now using modern contraception, an increase of 24.4 million from the time of the 2012 London Summit on Family Planning. Additionally, 2015 ushered in a wave of new and refreshed commitments to the partnership, including five new country pledges.

The Universal Access Project (UAP) continued its work to galvanize U.S. support for international reproductive health and family planning. In 2015, it took 14 high-level U.S. journalists to Haiti and Indonesia to showcase the critical work of UNFPA and collect stories around sexual and reproductive health and rights. UAP also launched a Why We Care Youth contest, where young leaders from across the U.S. could submit their personal stories about why they’re passionate about expanding reproductive rights globally. 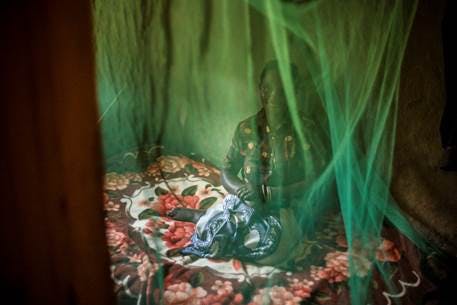 This year, the UN Foundation’s Nothing But Nets campaign announced The Million Nets Pledge, its commitment to deliver over 1 million anti-malaria nets to refugees and families displaced by conflict across sub-Saharan Africa. The campaign is on track to raise enough funds to hit the halfway mark toward its goal by the end of the year, thanks to many generous donors and a new partnership with leading bednet manufacturer Sumitomo Chemical Company. Nothing But Nets works with UN partners to deliver nets and other malaria interventions to refugee families who need them most. 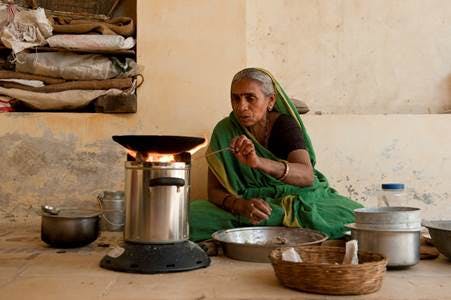 Millions of people in developing countries have changed the way they cook, thanks to the efforts of the Global Alliance for Clean Cookstoves and its hundreds of partners around the world. Celebrating its five-year anniversary this year, the Alliance has helped more than 30 million people gain access to clean cookstoves and fuels, which are helping to save lives, protect the environment, empower girls and women, and improve livelihoods.

9. Promoting the health of women and children 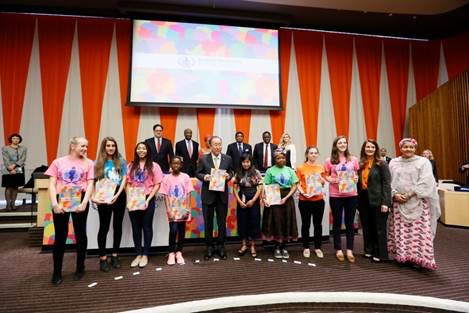 The UN Foundation works on a number of initiatives to strengthen the health of women and children. This includes supporting the UN’s Every Woman Every Child  movement and the launch of the Global Strategy for Women’s, Children’s and Adolescents’ Health in 2015. Under Every Woman Every Child and with $25 billion in commitments, the Global Strategy presents a roadmap on ending all preventable deaths of women, children, and adolescents within a generation and ensuring their well-being.

Through the Global Moms Relay, the UN Foundation and partners mobilized the community of mothers and others around the world to make women’s and children’s health issues a priority and to raise $325,000 for programs that support UN efforts to improves the lives of women and children.

Additionally, as the Mobile Alliance for Maternal Action (MAMA) comes to a close, it successfully reached more than 7.5 million women and families with vital health information via mobile phones. This was made possible through three country programs, a community of organizations around the world, and a partnership with Facebook’s Free Basics platform. Results show improved health behaviors by subscribers in MAMA country programs – behaviors that help save the lives of vulnerable mothers and children. 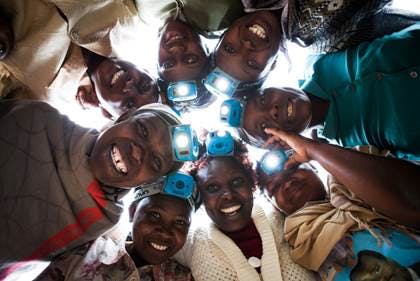 In support of the Sustainable Energy for All initiative launched by UN Secretary-General Ban Ki-moon, the UN Foundation-led Energy Access Practitioner Network works to expand access to modern, sustainable energy services. Among its many efforts this year, it launched an investment directory that showcases more than a billion dollars of investment and financing opportunities in the sector. 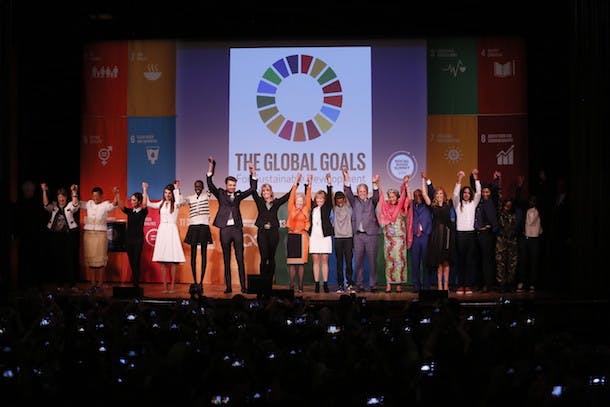 This year, the UN Foundation launched its third iteration of the Global Entrepreneurs Council (GEC), a strategic advisory council designed to bring together entrepreneurs and thought leaders who are committed to finding innovative solutions to global problems. Under the leadership of GEC Chair Ashish J. Thakkar, the council will help support efforts to achieve the Sustainable Development Goals and to solve pressing global issues.

Additionally, +SocialGood community – a global group of innovators and entrepreneurs focused on using technology and digital communications for social good – held more than 130 events in 30 countries in 2015. This included the annual Social Good Summit, which sparked conversations in New York and in more than 100 meet ups about how we can make progress toward the global goals for sustainable development. 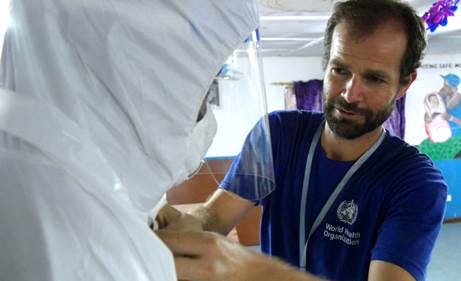 The UN Foundation continued to mobilize support for the UN’s response to the unprecedented Ebola outbreak, including launching a dedicated Ebola blog to provide informational updates and an Ebola Response Fund. As of November 7, Sierra Leone had stopped transmission of the virus, and Guinea is on track to do the same. Liberia stopped the transmission of Ebola earlier this year, although it has seen a few new cases. 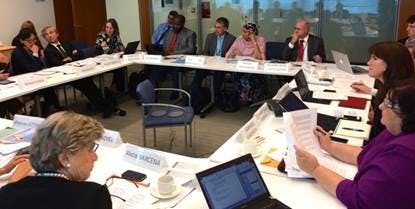 This year, the UN Foundation was selected to serve as the host organization for the Global Partnership for Sustainable Development Data. Launched at the UN this September by over 70 leaders from across sectors and around the world, the partnership aims to harness the data revolution to fill critical data gaps and ensure data is more open and useable to end extreme poverty, combat climate change, and ensure a healthy life for all. 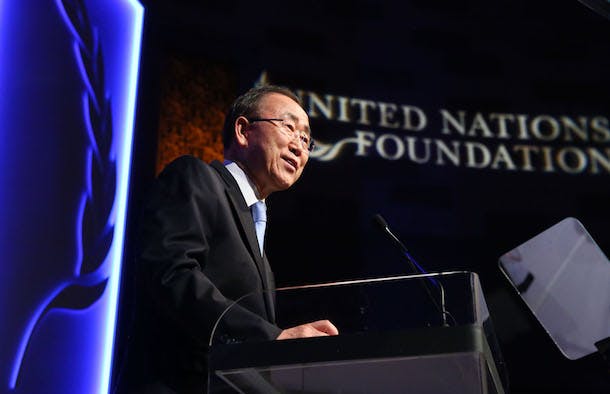 Additionally, in September, the UN Foundation announced Jennifer Lopez as the first-ever Global Advocate for Girls and Women. In her new role, she will use her platform to raise awareness and drive action to meet the needs and rights of girls and women around the world. 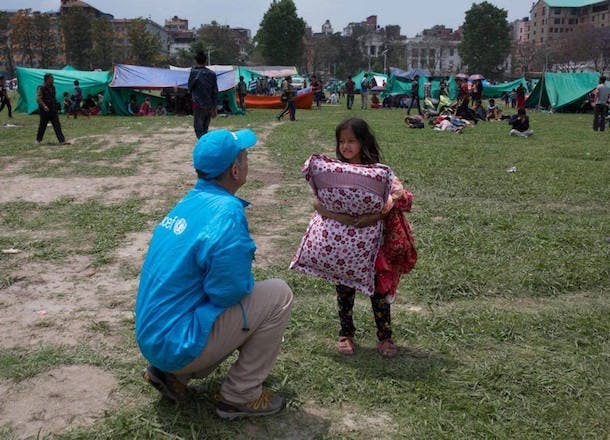 According to the UN, approximately 60 million people around the world have been forced to flee their homes to escape violence, conflict, persecution, and terrorism – the largest refugee crisis since World War II. UN agencies are on the ground, working to get life-saving aid to people caught in humanitarian emergencies. The UN Foundation helped raise awareness and support for UN relief efforts, including by highlighting the importance of the UN Central Emergency Response Fund.