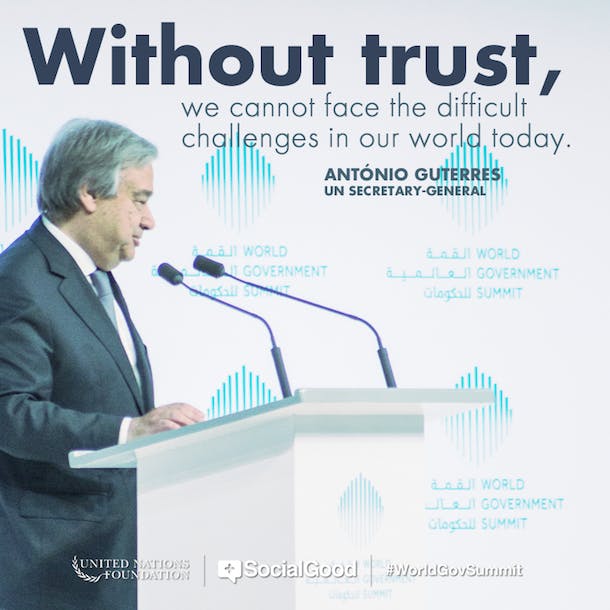 What are some of humanity’s biggest challenges, and how can the public and private sectors work together to address them? These were questions addressed by United Nations leaders, government officials, business leaders, innovators, and experts during the 2017 World Government Summit, which focused on how governments can innovate and collaborate to build a better future.

A number of UN leaders, including Secretary-General António Guterres appeared at the summit, which took place from February 12-14. Key themes from the discussions include: the need to strengthen trust between citizens and institutions; the connections between development and peace; ways to advance climate action and sustainable development; the demand for new thinking to solve problems; and the importance of inclusive growth that leaves no one behind.

Here are 14 quotes from UN leaders on the global challenges and solutions on humanity’s agenda.

To learn more about the conversations at the summit, follow the hashtag #WorldGovSummit and watch video interviews on the UN Foundation Facebook page: http://facebook.com/unitednationsfoundation.